Enjoys collecting and investing in stock certificates.
InfoBarrel is a writing platform for non-fiction, reference-based, informative content. Opinions expressed by InfoBarrel writers are their own.
InfoBarrel > History > Modern History

Madison Square Garden, often abbreviated as MSG or The Garden, is a multi-purpose indoor sports and entertainment arena on the island of Manhattan. The building is unusually built on top of Pennsylvania Station, an active railway station at 8th Avenue, between 31st and 33rd Streets.  MSG stays heavily booked and is an important venue in New York City, and for nationally important events.

The current stadium opened on February 11, 1968, but it is the fourth arena in New York to carry the Madison Sq. Garden name. The first MSG was built in 1879, replaced in 1890, while MSG III opened in 1925.  The current incarnation was built on top of Penn Station after the upper part of the station was demolished.  The railway station continues to operate below the stadium and is a very important transport hub, as well as providing excellent access to the stadium above.

MSG has hosted many iconic events, sold out concerts, major sporting events and political conventions.  An evolving list of significant events at MSG is maintained on Wikipedia.

Madison Sq. Garden used to be the center of the American Professional Boxing business before the big fights shifted to Las Vegas.  It is still used for major fights today, just not as many fights as before the focus shifted to the Las Vegas casinos.

Credit: Wikipedia creative commonsThe Gardens are a popular concert venue for American and International artists. Everyone who is Anyone has played the venue, and many famous artists have played the here many times. It is the third busiest music arena in the world in terms of ticket sales, and ranks first in North America for music ticket sales.

The New York Rangers NHL team is also owned by The Madison Square Garden, Inc. and the NHL team plays home games in the arena.  Because the NY Rangers play here, the venue has hosted the Stanley Cup Finals 3 times:

The Gardens are part of publicly traded, NASDAQ listed, The Madison Square Garden, Inc.  In addition to the ownership of the arena, and adjoining Theatre at Madison Square Garden the Company has interests in other sports and entertainment operations, divided into three groups, the principal holdings are:

The Madison Square Garden, Inc is a NASDAQ traded public company. If you have a special memory of the Gardens, or are a big Knicks or NY Rangers fan, and want a unique collector item you can get a piece of the business named after the location by buying stock in the company.  What a cool way to show your love of such an iconic New York building. 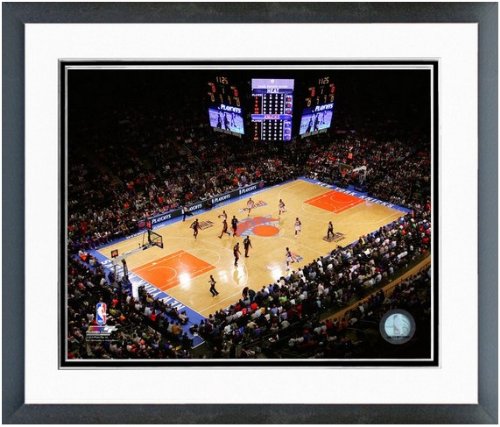