A lot of writers believe that originality in stories are dead. Every story has been done in some way before. The ability to write a truly original story that is not just some sort of insane nonsense is impossible, or at least extremely difficult. Movies are not immune to this either. Many box office busting films often get accusations from movie buffs of being rip-offs of other, older movies. You do not have to be a critic or a movie buff to notice it either. Many movies draw ideas from other films, some directors own up to it but others fervently deny it.

When Hunger Games came out in 2012, Battle Royale fans everywhere took to the internet in mass with cries that it was just an English Battle Royale. To anyone that heard the basic premise—"teenage being force to kill teenagers until there was one winner"—it was easy to assume it was a ripp-off as that was basically what Battle Royale was.

However, The Hunger Games was more dark satire of the reality television genre. Battle Royale was more of a political commentary. While in its basic summaries, it is the same, Hunger Games was a game that was televised and the whole drama was played up to get life-saving sponsors. Battle Royale was not televised until the winner had emerged, there was no sponsors, what they got in their beginning pack is what they had until they could kill someone and get something better. The game in Battle Royale was used to scare (or teach) young people that in order to succeed in their society of fierce competition for employment that they need to fight for their lives.

While there are a few similarities, Battle Royale reaches a level of darkness and commentary that the Hunger Games could not hope for in its wildest dreams. 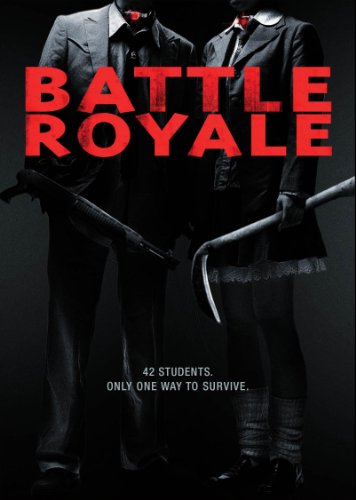 Battle RoyaleAmazon Price: $19.98 $1.00 Buy Now(price as of Apr 23, 2014)
Wantto find out if Hunger Games ripped it off yourself? Simply enjoyed the Hunger Games and want something similar? I can't recommend Battle Royale enough. It has its flaws, but is a beautiful example of Japanese cinema. It also has an equally entertaining book that was translated for Western audiences that gives a more in-depth look into the characters, there back stories and why they do what they do.

Perfect Blue is a 2007 animated movie by Satoshi Kon, Black Swan is a 2010 movie by Darren Aronofsky. Both movies are, in their basic forms, about two women who have their fragile mental psyches crack and distort as they prepare themselves for the biggest projects of their lives. More specifically, Black Swan follows the story of a young ballerina who is cast for the double lead in Swan Lake as both the White Swan and the Black Swan. While she is innocent like the White Swan, she is pushed every day to develop the seductive nature of the Black Swan. Perfect Blue follows a retired pop star who has decided to become an actress as she is continually heckled by an obsessive stalker.

Clearly the plots are quite different when you get into the specifics. However, fans cried rip-off because previously Darren Aronofsky was granted rights to adapt a scene from Perfect Blue for his previous movie Requiem for a Dream, yet this time he refused to own up that he used Perfect Blue as inspiration for this film.

To be fair, the Black Swan was, for once, weirder than anything Satoshi Kon can dream up.

Both centering around the fantastical lives of clown fish under the sea, Pixar's legendary Finding Nemo and Pierrot Le Poisson Clown are similar yet different. The French author who wrote Pierrot actually did take Pixar to court after accusing them of ripping off the movie. However, even though Pierrot was created in 1995 it did not become published until 2000, this was after Pixar had already begun production on the film. So thus, the author lost the court case.

Yeah. Disney vehemently denies to this day not ripping off Osamu Tezuka's anime series from the 1960's. Even though many members of the Lion King project admit to watching the cartoon prior to production.  There are so many parallels between the two I hope Disney comes clean someday. Everything from the names of the main character, the names and designs of the evil uncles, the imagery of pride rock, and even specific things like the two main characters talking to visions of their father in the sky.

While most of the other rip-offs can be explained, this one is really quite hard to justify as NOT ripping off Kimba the White Lion.

A Fistful of Dollars Rips Off Yojimbo

Yojimbo is a 1961 movie by the legendary Akira Kurosawa about a nameless ronin who arrives in town enthralled in a gang war. The ronin plays these two gangs against each other in order to get some money, however in the process rescues a woman being captive. Similarly A Fistful of Dollars is a 1964 spaghetti Western by Sergio Leone. It also is responsible of creating Clint Eastwood's man with no name character. A Fistful of dollars focuses a nameless gunman who roles into town enthralled by a fued between two families. He plays the families against each other in order to gain gold, but eventually rescues a woman being held captive.

The similarities between these two movies was not missed by Akira Kurosawa. he filed a lawsuit that delayed the release of the film in which he is quoted on saying "it is a fine film, but it is my film." There are several moments of the movie that are clearly the same ones. In both movies, the nameless hero rescues the women, gives her back to her husband and child, then gives them money and tells them to leave town. Even in the manner in which they come and leave is extremely similar. The only real differences are the settings of the film. Though Sergio Leone never publically admitted that this was a rip off, the lawsuit was settled between both parties without going to trial. I guess Akira Kurosawa was paid what he was owed. 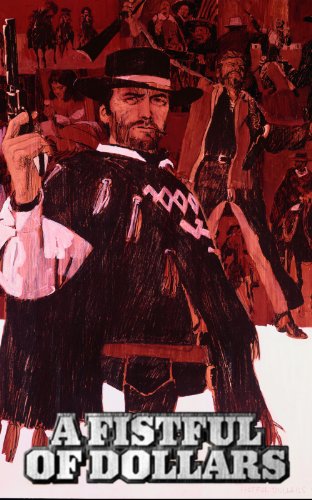 A Fistful of DollarsAmazon Price: $2.99 Buy Now(price as of Apr 23, 2014)
Yojimbo and indeed all of Akira Kurosawa's movies are cinematic masterpieces. However, even if it did rip off Yojimbo, A Fistful of Dollars is a cinematic masterpiece in it's own right. Easily one of the better pieces from the Western Cowboy flick genre.
Next >> Movie Review: The Girl on the Train