Does some writing here and there. You can find some of his work on Develop Good Habits Squidoo Best Reviewer
InfoBarrel is a writing platform for non-fiction, reference-based, informative content. Opinions expressed by InfoBarrel writers are their own.
InfoBarrel > Entertainment > Film > Television

Homer Simpson has entertained us for over twenty years.  He is a man who truly loves his hops and barley.  He is practically his own personal micro-brewery.  At least he consumes enough to be.  Homer doesn't care for the, "right" glass or mug to enhance the taste. He just want's his beer, either straight from the tap or from a bottle. He is partial to "Duff" beer, but will drink just about anything that you put in front of him.

You might say that ole' Homer has a bit of a problem with beer.

Fans of Homer (and fans of malted adult beverages) may enjoy a few of these funny Homer beer quotes from the popular "Simpson's" dad and Duff lover.

It could easily be said that parenting is not Homer's strongest suit. He is a man who loves his kids, but he is often a good example of what a parent should not be. Here are a few of Homer Simpson best quotes regarding beer and family.

Over the course of the 20 year run of the popular "Simpson's" TV show. there have been a few songs played, both by musical guests and by the Simpson's themselves. One of the most poignant of the lot was Homer's ode to his favorite malted beverage, sung to the tune of Frank Sinatra's, "When I was seventeen"

“When I was seventeen

I drank some very good beer

I drank some very good beer I purchased

With a fake ID

My name was Brian McGee

I stayed up listening to Queen

When I was seventeen.” 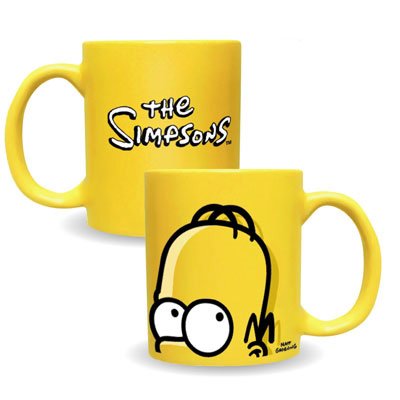 The Simpsons Homer Simpson Head Coffee MugAmazon Price: $9.99 $5.71 Buy Now(price as of Jul 6, 2013)
Any lover of this popular cartoon dad, would have to love this great looking coffee mug, which goes great with... doooonnnnuutttts

The Tao of Homer

The guiding principles that rule the life of Homer J. Simpson

Tao is the term for the guiding principles of one's life. One of the important concepts of tao is learning your path and following it. Homer has often shown us that he is consistent and follows his own path. He may be many things, but he is a man who know's what he wants and knows how to get it. These Homer Simpson quotes show the guiding principle of Homer's existence and how he realizes the essential important factor in his life: beer. 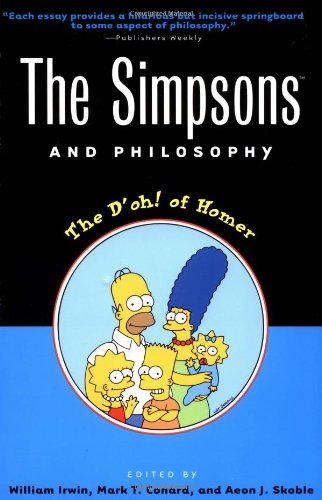 The Simpsons and Philosophy: The D'oh! of Homer (Popular Culture and Philosophy)Amazon Price: $19.95 $2.68 Buy Now(price as of Jul 6, 2013)
A clever book that examines major western philosphers and philosophy, through the actions and the character of the major Simpson's characters and plot-lines. There is no better way, in my opinion, to understand the basic differences between Camus and Sarte than to understand what examples of each of their philosophies have been showcased on the popular Simpson's cartoon series..
Next >> Lifetime Cable Channel Releases Yet Another Tell-All About Marilyn Monroe