How "American" Is This? - E Pluribus Unum

Political slandering and the creation of mottos as propaganda tools have a rich history.

The phrases and images selected as visual or cerebral cues can instill a false sense of patriotism (as in the meaningless term “The War on Terror”). Or, they can be brainless encomiums such as “Just Say No” (to drugs, to sex outside the bonds of marriage, etc.).

They can also be a call-to-arms against some enemy, whether real or imaginary.  “Godless Commies” was a popular phrase during the Cold War – it reflected the bigotry of Christianity by claiming Communists had no god, therefore they were “evil”.  Never mind that

Credit: stock image Communism as realized in the world was brutal and dehumanizing – it was more important for the John Birch Society, Dwight D. Eisenhower, and white-bread America in the 1950s to believe it was the “godlessness” of the “heathen” that was the greater crime against humanity than the massacres of millions.

Today, we are not immune to slogan slinging.  The current politicizing of nebulous “family values”, for example, in the oft-used “Preserving Family Values” is laughable – the phrase “family values” appears absolutely nowhere in the United States Constitution.  A contrived WASP concept of familial-based “morals” was not a concern for the framers of that document.  Thus, from a constitutional perspective, “family values” – as bandied about by today’s idiocracy – is of no value.

Slogan’s Heroes
Sound bites can falsely inflame and incite.  “Remember the Alamo!” became a war cry for Americans upset over a particularly bloody loss of life at a dusty mission outpost in Texas.  The land the Alamo Mission sat upon had been taken from Mexico; it had been abandoned years before in 1795 and converted into a fort.  It covered 2½ acres, and was surrounded by a high, three-foot-thick stone wall.  The original number of defenders inside was 155.

Credit: Southern Pacific, 1963
The Mexican Army, under the leadership of President Antonio López de Santa Anna, laid siege to the outpost on February 23, 1836.  With 6,000 troops outside the three-foot-thick walls of The Alamo’s compound, the defenders stood little chance but managed to repulse the Mexican assault for 12 days.  A group of volunteers sneaked through the Mexican lines and gained access to The Alamo, raising its complement to 187 fighting men.  Santa Anna, tiring of the siege, finally gave a no-quarter order to storm the fort.  Once the walls were breached, all the defenders were killed, ran away, or were enslaved by the Mexicans – only women and children survived.

The simple truth is the men inside fighting the Mexican Army were not only in the wrong they were in the wrong place at the wrong time.  Despite the trespass on Mexican lands, Texans lobbying for complete independence from Mexico (not necessarily wanting to join the United States, but wanting to be free of Mexico) used the debacle of The Alamo blood-bath as a war cry.  [Even today, many Texans harbor a desire to fulfill the original notion of a Republic of Texas, seceding from the United States and establishing a foreign presence on US soil.]

“Remember the Maine!” was a slogan leading to an extended war based on the false belief that Cuba’s military had sunk the Maine, a US ship in Cuban waters, on February 15, 1898. The ship had been sent to Havana Harbor to protect US citizens and interests from danger during the Cuban revolution against Spain.  The ship mysteriously exploded and sank.  Newspaper magnate William Randolph Hearst, always looking for a way to sell newspapers, conflated the accident (the explosion has been investigated many times and the conclusions always point to a boiler mishap) into an incident in which the Cuban military had someone blown up the ship with a mine!  His agitation and yellow journalistic rumor-mongering actually created a war where none had existed – the Spanish-American War was a product of Hearst’s slanders, inciting American public opinion against Cuba.  [The idea was for Cuba to be wrested from Spain, then for the US to take possession of the island nation.]

Tokyo Rose, a female character created by Japanese propagandists, effectively used banter and catch phrases to undermine prudish, weak-minded US personnel in the Pacific theater of operations during World War II.  Thirteen female radio announcers in Japan formed a specialized group; all were native speakers of American English.  They were collectively known as “Tokyo Rose”.  This cadre of Roses broadcast over frequencies US military people could receive.

The most infamous of the “Roses” was an American woman born of Japanese parents on US soil (Los Angeles, California) in 1916.  Her name was Iva Ikuko Toguri (later, D’Aquino).  She was stranded while visiting Japan when World War II broke out.  Educated and intelligent, and desperately in want of a job, she elected to join the Japanese propaganda cause in 1943.  Her radio broadcasts (as did most of the Roses’) included music interspersed with discomforting innuendos spoken innocently in sing-songy, teasing English: “American G.I., it’s 10 o’clock.  Do you know where your wife is?”  The phrase “Do you know where your wife is?” proved to be particularly effective.  The male American G.I. regularly used foreign prostitutes.  It was no stretch for him to imagine his stateside wife or sweetheart enjoying similar delights in the arms of another man.

After the end of the war, Iva was convicted of treason, fined $10,000 and sentenced to 10 years in prison in 1949.  She was released in 1956 (serving about six years), and disappeared into the American landscape.  She was pardoned in 1977 by President Gerald Ford after a later investigation led to mitigating information.  She died in September 2006.

Good Words
Mottos and slogans can offer a sense of unity, though, and a calming group identity.  When the earliest political minds in the American Colonies set to the task of creating a new government independent of Britain all the trappings had to be considered.  This meant the bunting, the mottoes, the flag, and the platitudes that helped cement a national identity for 13 disparate and recalcitrant colonies, each preferring overall to govern themselves.

One of the concepts championed for the new government was a strong, central presence.  This meant the states had to forego some of their rights in favor of federal jurisdiction.  Over time, the cohesive sense of the United States was captured in the phrase “E Pluribus Unum”. This translates from Latin into “out of many, one”.  It is an elegant motto, describing in simplest terms how strongly a composite can be.  In this case, the United States was considered greater than the sum of its humbler colonial parts.

But just how American is this motto, engraved on The Great Seal of the United States and featured on US currency?

As it turns out, it is not American at all.

Rag Sheets
Magazines, as thought of in the modern sense of general interest periodicals with regular or semi-regular publication dates, are almost 400 years old.  The earliest accepted publication considered a true magazine (and not a one-off monograph or erratically printed newsletter) was The journal de sçavan founded in Paris, France, on January 5, 1655.  This magazine focused on literary, scientific, and artistic subjects.

The first successful general magazine, though, was started in London in 1731 by Edward Cave, writing under a pseudonym. The Gentlemen’s Magazine had a broader appeal than earlier rags.  It was a monthly literary miscellany that was hugely popular.  Its cover featured, as was typical of the day, wordy descriptions of its content.  Toward the bottom of the cover, though, there was an interesting illustration accompanied by two phrases:

The central image is of a hand grasping a bunched bouquet of flowers.  The left-hand phrase, “Prodesse & Delictare” is incidental.  It is the right-hand motto that catches the eye: “E Pluribus Unum”. Both the phrase and the illustration are uncomfortably familiar.  Modify the fist grasping a bouquet to an eagle’s claw clenching a bundle of arrows, take the “E Pluribus Unum” sentiment, intact, and one has the symbolism and the motto of The United States of America!

Thus, in our drive to relieve ourselves of all things British, we still managed to co-opt a Latin phrase on a British magazine for our own glory. 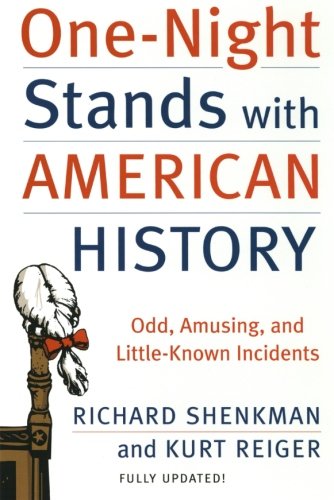 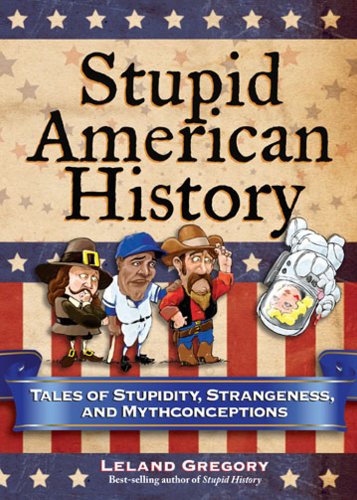 Trucker Man Amazon Price: Buy Now(price as of Dec 18, 2016)
Next >> Fashioning a Reign: 90 Years of Style from the Queen's Wardrobe - Magnificent Exhibition at Buckingham Palace