How Clear is Your Thinking?

Sometimes, when you are listening to, or engaged in an argument with others, do you have the feeling that, something is not quite right about what is being said? However, you are not exactly sure what.

Learning to think critically, means that you don't passively just accept or agree with what you hear or have been told. You learn to reflect about what you say yourself and hear from others. And, in the process, the exchange of ideas, is likely to become more credible, rational and open minded.

As an experiment, when you are in a group of friends, start a conversation by asking a question which is fairly controversial. For example, ask "Is it bad for mother's with babies to work?" Listen to the ensuing discussion carefully and take note of some of the following:

These are but a few examples of possible flawed thinking styles. You can however, improve your own thinking style, by enhancing your critical thinking skills. For example, when you make a claim, support it with the appropriate evidence, ask questions and try to establish cause and effect. Also, evaluate claims and ideas by comparing and contrasting them.

Think about your biases and prejudices and try to minimise their effect by being objective. Trying however, to develop clear and critical thinking, may be very challenging for you, as you must be prepared to question your beliefs, general assumptions, conventional wisdom and other claims of authority. You will however, learn to truly think for yourself. Also, you will gain skills which enable you to determine the real issues and develop a greater understanding of the complexities of situations as they really are.

"He who decides a case without hearing the other side, though he decide justly, cannot be considered just." - Seneca, Roman philosopherMedea(4BC-AD 65)

"It is the mark of an educated mind to be able to entertain a thought without accepting it."

"Conflict is the gadfly of thought. It stirs us to observation and memory. It instigates to invention. It shocks us out of sheep-like passivity, and sets us at noting and contriving...conflict is a sine qua non of [essential to] reflection and ingenuity." - John Dewey, PsychologistHuman Nature and Conduct: An Introduction to Social Psychology,1930

"The only way in which a human being can make some approach to knowing the whole of a subject, is by hearing what can be said about it by persons of every variety of opinion, and studying all modes in which it can be looked at by every character of mind." - John Stuart Mill, British philosopherOn Liberty, 1859 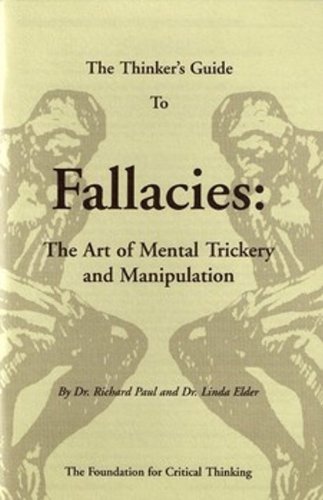 The Thinker's Guide to Fallacies: The Art of Mental TrickeryAmazon Price: Buy Now(price as of Oct 15, 2013)
This guide offers an original approach to the identification of fallacies focusing on their relationship to human self-deception, mental trickery, and manipulation. It introduces the concept of fallacies and details 44 foul ways to win an argument. 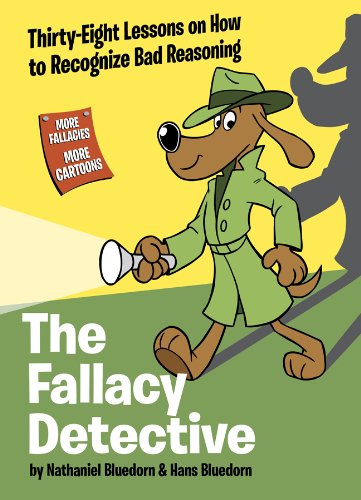 The Fallacy Detective: Thirty-Eight Lessons on How to Recognize Bad ReasoningAmazon Price: Buy Now(price as of Oct 15, 2013)
This is a handy book for learning to spot common errors in reasoning. -Covers logical fallacies and propaganda techniques. -Fun to use -- learn skills you can use right away. -For ages 12 through adult -Exercises with answer key
Next >> Listening Skills - Have We Lost the Art? - 4 Ways to Really Listen