How Good is 3 Broadband?

Up Close with 3 Broadband

3 were one of the later companies to enter the mobile broadband market. As such, they didn't always have the best service offering. Many of us will remember that 3 mobile broadband and 3 mobile phones were the cheapest options on the market for a long, long time. Essentially, we were paying less to get less and the service was much criticised by industry experts and by consumers. Let's face it, 3 broadband had a pretty hard time of it.

Over recent years, 3 broadband and mobile phone operations have improved significantly as they've invested and worked hard to remedy the issues with their service.

On the mobile broadband front, 3 is one of the best out there. In this article, we'll look at some of the positives and negatives of the 3 broadband services. Remember we're talking about mobile broadband and not fixed line broadband.

3 Broadband have spent a lot on research and development and have developed some pretty good kit through which you can connect to mobile broadband. The dongle is very good and the connectivity has got better and better. Essentially, you can connect in three ways with 3 broadband.

The way that most people connect is with their premium dongle, which supports HSPA+, which is high speed packet access, and can go up to 12mbps. The faster broadband does rely on the upgrades of the network though and 3 customers are finding they're still waiting in some regions for these speeds. There are multiple antennae in the 3 dongle, which does speed access to data.

A Brief Look at the Positives and Negatives

Let's take a quick look at 3 broadband positives and negatives before we go into them in more detail.

The Positives of 3 Broadband

The service certainly is simple to use with the plug-and-play technology that means just about anyone can get going with relative ease. The dongles are high quality in general and the development department of 3 have done a great job of developing devices that do just what they're supposed to do.

The biggest negative historically has been the coverage of the 3 broadband service. It appears that there are issues with the network itself and you can get poor coverage even when you have historically received very good coverage in the same place. It seems to be somewhat intermittent and where you would expect to get coverage sometimes you will not. Of course, all of the service providers will struggle to get connection in the depths of the Lake District, but most shouldn't in the suburbs of Reading.

The build quality of the devices is apparently not up to scratch in some cases. For example, the MiFi device is somewhat flimsy, which is a shame, as it is a device that will be taken around and will need to be robust. We rely on our dongles and MiFi devices so this is quite important.

With the MiFi devices, you can quite easily track the amount of data you are consuming, but with the dongles, it's more difficult. You have to log on to the 3 account in order to do so, and the warnings just aren't sufficient. This could mean excessive charges on some of the packages.

It can be a bit difficult to actually understand the terms and conditions of 3 broadband, because it is such a long document. It's also not extremely clear on page 7 how much you will pay if you do cancel a contract. Make sure you ask the agent and get a clear and unequivocal response before you fork out for a 24-month contract. You may well otherwise have to pay a rather large lump sum exit fee.

The Overall Summary of 3 Broadband

3 broadband has improved out of sight from the time it first came on to the market. Connectivity is much, much better than it was, but there are still some criticisms of the stability of the connectivity. Certainly, the devices have appeared to do extremely well in most situations and the MiFi device is true plug-and-play technology at its best in the broadband market. It weighs just 80g and can hit impressive top speeds. The dongles are even lighter, but obviously can't get multiple connections on the same device. MiFi can normally get five devices connected.

It tends to be the case that 3 broadband appears expensive, but then it's a mobile broadband service and prices are more expensive than home fixed line broadband. The Pay As You Go options are very good and compared to other services in the industry it's a solid offering.

A Note on the Fourth Generation of Mobile Broadband

4G is arriving around the UK. Everything Everywhere have already launched to around 50% of the country and Vodafone 02 and 3 will be doing soon. The fourth generation of mobile broadband is faster by a factor of around 10 than the third generation. This means that people will be able to use mobile broadband in their homes for multiple person connections. A few years ago, it looked like mobile broadband might fall out of the industry with Wi-Fi hot spots everywhere and fixed line broadband getting better and better, but now, it appears, that the smartphone revolution has fuelled a development in mobile broadband that is going to make it more accessible for consumers as a primary broadband connection. 3 Broadband is well placed in the industry to do very well out of this, and if you're looking for a service provider then 3 are certainly one to have on your shortlist.

Make Better Use of Your Broadband 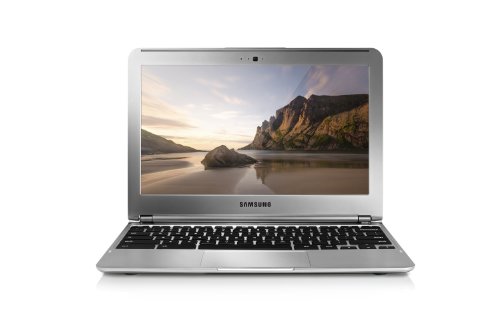