How Much Should E-Books Cost?

The popularity of e-books has grown exponentially over the last couple of years. A great deal of the credit for that should go to the Amazon Kindle reader which, whilst it may not have been the first reader to be released, has been a real driving force in the growth and development of the market for both e-book readers and the associated e-books.

E-book sales for 2011 are forecast to make up between 12 and 15% of total book sales. The market is still in an early stage, but e-books are becoming more and more important in the world of publishing. If anything, their importance may actually be a little higher than the straight percentage might suggest. At the risk of stating the obvious, it seems likely that e-book reader owners will be likely to buy, and read, a lot of books. They are, quite simply, the target audience of all major publishing firms.

So, it would make sense for publishers to set the prices of e-books at the right level. Otherwise they are in danger of annoying their best customers. So, what would a fair price for an e-book be? E-books use no ink, paper or bindings. In addition to that, since they are not a physical product, they don’t require to be shipped by road or by rail. That means that they should be significantly cheaper than conventional printed books - right?

Or maybe not. According to publishers, the cost of paper, ink, bindings and transportation is only a small part of bringing a book to market. E-books have the same editing, proof reading and marketing costs that conventional books do. The lack of a few reams of paper is, all things considered, pretty much insignificant - according to many publishers.

There is, up to a point, some logic in this argument. On the other hand, if the physical aspects of a book don’t impact upon the price, why would there be any significant difference between the price of a hardback edition and a paperback? The argument appears somewhat spurious.

Amazon had a policy of pricing e-books at $9.99 or less until recently. Until they had a disagreement with some of the major publishing houses that is. One publisher's books were briefly withdrawn from Amazon's site at one point.

Some publishers have now adopted the agency pricing model. Which just means that it's the publisher who decides on the selling price instead of the retailer. If you are searching Amazon’s Kindle store for something good to read on your Kindle Paperwhite reader, you may just find the notice “this price was set by the publisher”, which is just Amazon letting you know that they didn’t fix the price for that particular book.

To be fair, a number of business analysts did not see Amazon's $9.99 price policy as being viable in the long term.

Unlike a printed book, you can’t pass on your e-book to friends and family when you’re done with it (Kindle owners can now “lend” e-books out - for a fixed period only). You can’t sell it to a second hand book store or donate it to a charity shop or local library. You have fewer options with an e-book than with a normal printed edition. Lower functionality should lead to a lower price surely?

At the moment, an e-book costs whatever the publisher says it should. Of course, that doesn’t mean that you have to agree with them and pay the asking price. You could simply wait a month or two and e-book prices may, as is the case with video games, fall quite a bit just a few weeks after the initial launch.

You could even decide to spend your hard earned dollars on something entirely different - a DVD, a video game, tickets to a concert. You could sit in front of the telly and watch a show instead of reading a book. Books are, for the most part, a discretionary purchase and need to compete with a number of other products and services for both your leisure time and your money. Just like any other discretionary purchase, an e-book should cost whatever you are prepared to pay for it. It's worth whatever you say it is. 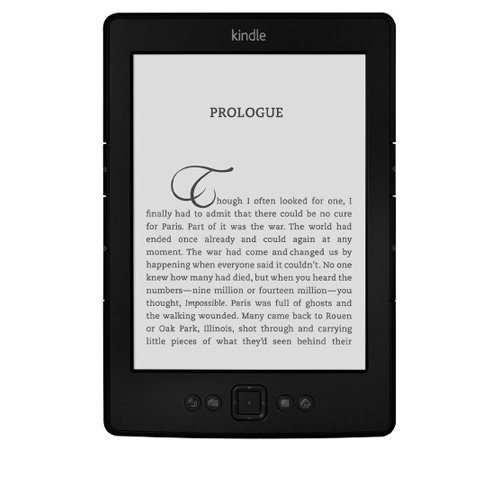 Kindle, 6" E Ink Display, Wi-Fi - Includes Special Offers (Black)Amazon Price: $69.00 Buy Now(price as of May 22, 2013)
Small, lightweight and portable - the Kindle will let you carry over a thousand books around with you wherever you go.
Next >> How to Love Your Roomba