How Not To Use Treats In Dog Training

Treats are a valuable training tool, one of the best training tools ever invented. However, treats are probably the most mis-used training tool around. Many people sneer at the use of treats because they see so many dogs who won't obey a single command unless they are shown a treat first. They also observe that many dogs who are "treat trained" seem impossibly unruly.

There are many myths about treat-based training. Even so-called training experts buy into these myths. For example, one obedience trainer we know discourages the use of treats during training because "You can't take them into the ring with you." We have to note for the record that this dog trainer frequently has her non-treat-trained dogs quit on her in the ring because you can't take collar pops and ear pinches into the ring, either, and her dogs know it.

If used properly, treats are one of the easiest, fastest ways to produce a well-behaved dog, even when treats aren't around to be used. Watch the dogs sailing around the agility ring sometime- most have been heavily treat-trained. Note that treats cannot be taken into the agility ring. If you go watch obedience, look for the dogs that really impress you with their focus, precision and drive. Most of these dogs have been heavily treat-trained and it really shows in comparison to the lack-luster "dead" performance of the choke collar trained dogs. Most dogs who have to actually work for a living, such as service dogs, are trained using treats. When their disabled clients take the leash the dogs work hard and well, even when treats aren't being waved around.

So if treats can produce such wonderful results, why do so many dogs in the general population refuse to work without visible food, and why do so many "treat trained" dogs seem so out of control? It's not the treats, it's the improper use of these treats. 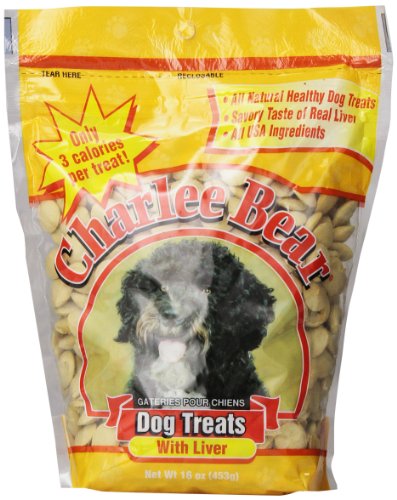 Luring is actually a very useful training tool. When you lure, you use a cookie to encourage the animal to do whatever for the first few training sessions. For example, if you want puppy to sit, you show puppy a cookie and then lift the cookie up in the air. Head goes up, butt goes down, you say Sit as the pup sits. That's great. Except you need to very quickly stop luring. If you lure the pup more than once or twice in the initial training phase you might be heading for trouble.

If you constantly lure your pet around with food, you're not teaching him anything except to follow the food. We have met dogs who have gone through months of "obedience" training and the dogs were just lured the entire time. When following the cookie, the dog could fake its way through a novice obedience competition. Lose the cookie and the dog clearly hadn't learned anything except to follow the cookie. Seriously- these dogs hadn't paid any attention at all to the words their owners had emitted. Sit, down, heel had just faded into the background as the dog dutifully followed the cookie around. These lured animals have to be completely re-trained from scratch.

Pets who are routinely lured by their owners can also develop the dreaded blatant disobedience routine. Fluffy learns that if she refuses to obey her owner's first command, her owner will go get a treat and lure her. Fluffy has been trained to refuse to obey- blatant disobedience pays off for Fluffy.

The pet who has learned to wait for the lure is another big reason why treat-training gets a bad reputation. These dogs will not do anything unless food is on offer, and they will actively refuse to obey if no food is waved around. It's no wonder that many people roll their eyes and sigh at the idea of using food for real dog training.

Do not bribe your dog

The number one mistake people make with treats is - they bribe their dog. By this we mean they routinely show the dog the food BEFORE asking the dog to do something. The dog looks at the food, and then eagerly complies with whatever. Not surprisingly, dogs trained in this fashion usually refuse to do anything unless shown the food first. This is particularly common in pets- how many proud owners have offered to show off Fluffy's tricks and the first thing they do is go get a treat? Fluffy isn't stupid- no cookie, no tricks.

This kind of training is behind the myth that dogs won't perform without food being present. And the food doesn't have to be obviously visible in the hand to constitute bribing- many a trainer gets in the habit of strapping on a highly visible bait pouch right before each training session. This is just like waving food at your dog- that dog isn't going to pay any attention to you at all unless you put on your "I have food" pouch.

In general, if you routinely show the dog the food before you ask the dog to do things, you're bribing your dog. You are training your dog to not obey or pay any attention to you unless you wave the food around first.

Savvy trainers are constantly "upping the ante" on their dogs. If Petey can walk slowly in a straight line to them when called, then next time if Petey takes a detour instead of a straight line he doesn't get a treat. If he trots instead of walking, then he gets a treat. After constantly increasing the requirements for getting a treat, pretty soon Petey is coming in like a rocket when called in order to get his treat. If he doesn't, no treat.

Many dog owners find this baffling- he came, didn't he, eventually? Doesn't he deserve a treat? Won't he quit coming at all if I don't reward each and every time? answers: NO. Giving your pet treats for lackluster performances encourages lackluster performances. Giving your dog a treat each and every time actually will cause him to quit coming much faster.

If you cleverly reward only hard work and improved efforts, your dog will turn into a super-star performer. If you don't give him a treat, he figures he didn't try hard enough so he tries harder next time. If you're in the habit of always rewarding anything, if you run out of treats and don't reward his lazy effort he figures you're out of treats and decides to ignore you for the rest of the day.

This is another big reason why many "treat trained" pets give less than impressive performances and quickly quit if food isn't on offer. 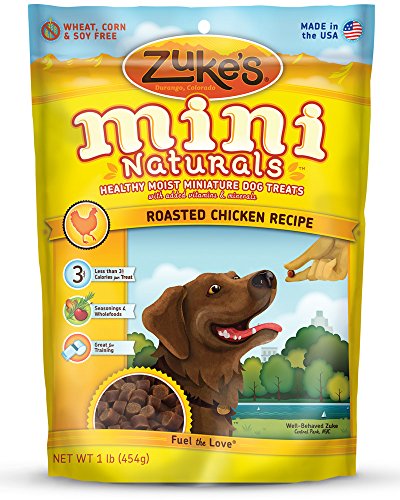 This one is a little harder to avoid because sometimes they just seem to happen. A common behavioral chain is Fluffy jumps up on the guest so the owner bellows OFF, Fluffy gets off and the owner gives Fluffy a treat. Pretty soon Fluffy is jumping up on everyone in order to earn a treat for getting off. You've trained Fluffy to jump up on people. Whoops.

In general, the best way to avoid behavioral chains is to never give a dog a treat for being bad. When stated like that, it sounds stupid and like child's play to avoid behavioral chains. But if you watch around you, you'll see endless numbers of pets displaying truly awful behavior in order to earn treats. The previously mentioned dog that has been trained to blatantly disobey commands in order to get treats is one such example.

The behavioral chains are why so many pet owners have "treat trained" dogs that are unruly and horrible to be around. They are why so many people give up on treats and revert to punishment. It's not that hard to avoid behavioral chains if you pay attention. The problem is, many pets are simply out-smarting their owners. If your dog was very recently bad and you find yourself about to hand him a treat, STOP. Think about what just happened very carefully.

The bottom line is, if you want a dog who works very hard and pays intense attention to you, what you need to do is convince the dog you MIGHT be ready and willing to hand out a treat at any moment. If only the dog is good enough to meet your high standards. Your dog should always think you have treats ready at hand, hidden somewhere. All the dog has to do is figure out how fast, precise and perfect to be in order to get one. That's how you get a nicely behaved pet and a superstar performer.

If you use treats to train, try "losing" them for half an hour and see what your dog does. If you are disappointed in the results, most likely you're making errors in your use of the treats. It's not the tool's fault, it's how you use it. 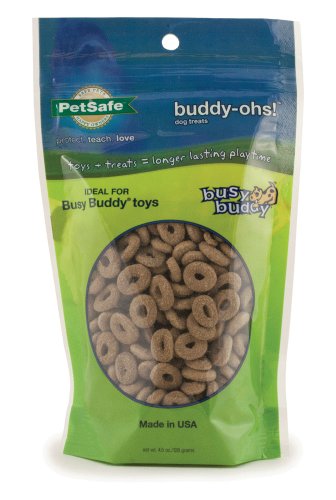