How Older Women Are Perceived By The Society

As an elderly woman, I have no regrets about my age. The youth see us as inactive and ineffective. They make women in the bracket age of 40 to 59 years to see ageing as a negative aspect of life. They think elderly women are better kept out of sight. Even the television, government and magazines are guilty of this. All the attention is given to the youths. We were once young and they too should remember that one day, they are going to be old like us.
However, I have attended comedy shows where older women are ridiculed in the jokes especially if you are not married. They think we are old minds but some research findings show that age does not hinder us from performing the normal tasks that youths do. Gradually, we are becoming socially and culturally unacceptable. They look at us as old grandma's whose time and season has passed by and should spend our days crocheting in a rocking chair.
The physical and reproductive changes taking place in our body makes them value older women less. This makes us unacceptable to ourselves and the society. This problem has driven some women to do plastic surgery and all forms of excesses to produce a youthful look. All these have mental consequences because it leads to more and more dissatisfaction. Some women have gone to their early grave because they are desperate to look young and feminine. In the institution I worked, these stereotyped feelings and misconception really makes me angry because they are giving us the feelings that we are going to the grave very soon.

The labor market is getting tougher. The job adverts set a limit on the age group they demand in their workforce. They perceive us as 'not able' whereas our performance can exceed the younger ones. They look down on and stigmatize us and this will lead to inferiority complex. Based on what the society see about older women they believe that is the way things should go for us. However, we must show superiority complex even though it has its consequences. Both superiority and inferiority are in the mind-the former is better than the latter.

If the society is looking at us in this way, our reaction will be aggressive. If the elder women want people to know who they are, it must start from us. We do not have to rely on what they say. People need to be conscientized on changing how they view the elderly in their subconscious mind.

Middle aged women have little chance to find a male partner because the young men do not want older women. That is understandable but what about the older men? They are actually searching for the younger blood - I mean the young girls who can satisfy their sexual appetite. It is a wrong notion that ageing women lack interest in sex. They believe that sex and love is strictly for the youths. If we are more socially acceptable, we will live a normal sex life.

Menopause they say, is the sign of aging in women but I know of few women who menstruate until the age of fifty-five. People's perception of menopause is a process of decay in terms of reproduction. However, with progress in technology, some women are able to have children between the ages fifty to sixty.

I heard a famous preacher say that, it is best to keep your good friends at a tender age because when you reach ages seventy above, it is difficult to make new friends. Aged women tend to lose friends, social acquaintances become few and so they seldom go out. They become introverts. In the African societies, it is worse because the tradition demands that when you are older all you do is take care of your grandchildren.

Today, women are living longer than men, women are always at the lower salaried jobs. They have lower security and retirement benefits. We are not hired because society believe that we are not adaptable to today's technology. Older women are not fitted into the couples oriented world that is they have lost their marketable attributes.

Women of the same groups are not helping matters either. They are afraid because they do not want to lose their family to another woman. As middle-aged women, our needs are more but the resources at our disposal is limited. The American society have their share in this attitude because they believe old age is a disease. 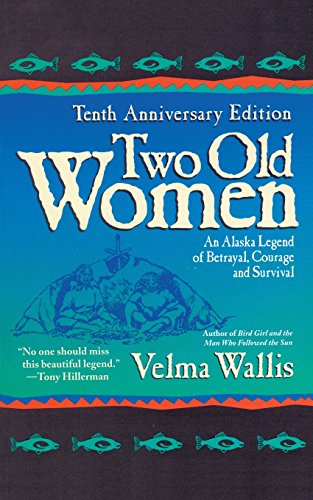