In ancient times, the world map was obviously quite different from today.  Once great empires are sometimes forgotten in the modern times.  In Asia, one of the empires which brings up imagery of great kings and rich culture is the Persian Empire.

The History of Persia

Where is Persia located on the map? Early Persians settled into the southern region of the Iranian plateau, bound by the Tigris River on the west and the Persian Gulf to the sounth; while the Medes tribe occupied the Northwestern region of the plateau.  In 550 BC Astyages, the Median King marched against the Persian King, Cyrus; called Cyrus the Great.  The armies battled on the plain of Murghab and the Medians handed over their King and their capital to Cyrus. In 559 BC Cyrus became the ruler of all Persia. Officially called the Achaemenid Empire, rule under Cyrus was often called the First Persian Empire.[6]

Through a battle with the Lydian army, Cyrus captured the city of Sardis and gained much wealth and access to the Aegean as well as control of Ionian cities on the Western coast of Asia Minor. After the death of Cyrus, his heirs continued the expansion of the empire. Its armies moved east, taking Parthia, Choramis, and Bactria and moved to conquer Babylonia.  After doing so, the Persians controlled the agricultural lands of Mesopotamia and the world’s largest commercial city; it also controlled the Phoenican fleet and became a great power in the seas.  The Persian Empire extended as far east as the Hindu Kush in present-day Afghanistan.

The Persian Empire was considered the biggest empire the world had seen at the time.  Its rule extended from the Indus Valley in the east to Thrace and Macedon on the northeastern border of Greece.  Eventually, the Empire took control over Egypt as well and at that point the Persian Empire spanned three continents: Asia, Europe, and Africa.   The Empire included present-day, lands of Iran, Iraq, Armenia, Turkmenistan, Uzbekistan, Georgia, Azerbaijan, Turkey, Palestine, Syria, Jordan, Kuwait, Bahrain, Qatar, Yemen, Oman, and the United Arab Emirates, and most of Afghanistan, Pakistan, Tajikistan, Kyrgyzstan, Lebanon, Egypt, and Turkey, and parts of Kazakhstan, Russia, India, Libya, Tunisia, and Greece.

The Fall of the Persian Empire

Though the Persians attempted to overthrow the Greek Empire, they lost significant battles and the invasion of Greece was a failure. The Greeks went on the offense and within a few decades were able to liberate the islands of the Aegaean Sea and large areas along the western and northern coasts which had been under Persian rule.  The wars established Athens as the dominant Greek naval power.

During this time, inner turmoil rocked the Empire and the failure to win over the Greeks marked the start of the end of the great dynasty.  Alexander the Great invaded Persia and systematically began to integrate the defeated Persian into his own empire by requiring his Macedonian officers to wed Persian women.

After the death of Alexander the Great, Seleucus I became the ruler and conquered the kingdom of Babylon. He added all the former Persian regions as far east as the Indus River, Syria and Asia Minor and created the Seleucid dynasty.  Persia remained a subordinate piece of this dynasty.  With the overthrow of the Seleucids, the dynasty became the Parthian Empire in the second century BC.

In 224 AD Ardashir I rebelled and defeated the Parthians, founding a new Persian dysnasty called the Sassanids.  He subsequently conquered several minor neighboring kingdoms and invaded India.   Ardasir was succeeded by his son Shapur I who waged war against the Roman Empire. During wars with Rome, Persia lost territories, then regained them with later wars.

Near the end of the fifth century, the Ephthalites, known as the “White Huns” defeated then King of Persia, Firuz II and helped Kavadh to the throne in 501 AD.  He was succeeded by his son Khosrau I who became the most powerful of all of the Sassanid kings.  His son, Khosrau II conquered almost all of the southwestern Asia Minor and Egypt. However, the Byzantine emperor Heraclius drove the Persians back within their original borders.  During the rule of Yazdegerd III, the last Sassanid king, in 632-651 AD, the Arabs invaded Persia and destroyed all resistance.  The Persian Empire had fallen and was incorporated into Arab rule. 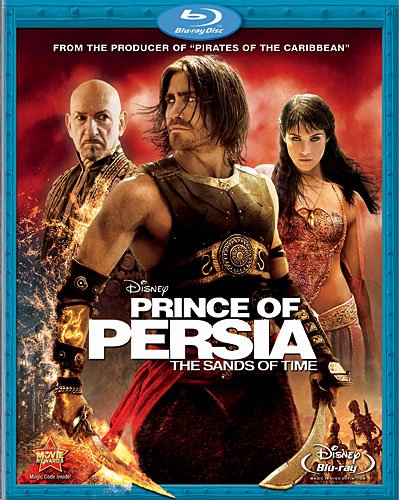 Fast forward to more recent centuries.  By 1907 Persia was divided between Britain and Russia; with Russia controlling the north and Britain the south.  At the end of World War I, Reza Khan staged a coup and became the Prime Minister of Persia with the intention of establishing a republic. The Shiite clergy opted to assist Khan in becoming the Shah or “King”, believing one man would be easier to manipulate than a people’s republic. The Shah created modern cities, reformed education to include women’s advancements and centralized government and the military.  However, Shah Reza forced modernization and was unpopular with many of his people.  It was under the Shah, Persia was redefined as Iran.

Originally, the country’s name was Iran which means “land of the Aryans” in the Indo-European language.  Persia came from the Greeks; “Persis” is Greek for Iran and the Greeks called the people Persian.  The name Persia remained until 1935, at which time the Iranian government requested all countries with which it had diplomatic relations to call Persia, “Iran.” [4]

The story circulated the change was suggested by the Iranian ambassador to Germany.   It was said he was influenced by the Nazi regime; that German friends of the ambassador persuaded him it was time for Persia to signal a new beginning since it had freed itself from the influences from Britain and Russia.  Changing the official name to Iran would signify the population as Aryan race.[4]

Although official government documents used the new name, it did take some time for Westerners to recognize Persia as Iran.  Some confused the country with Iraq while others believed it a new country recently granted independence. Eventually, by circa 1941, the name “Iran” was used and “Persia” was discarded.[4] 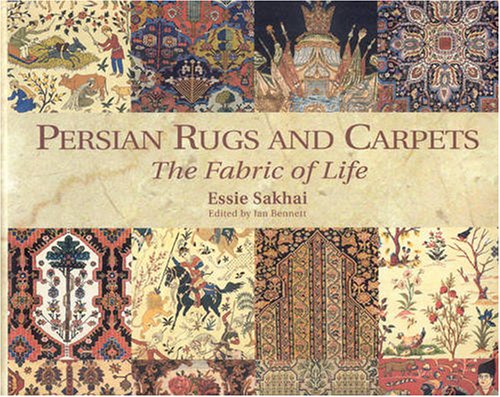 It was around 1941 Shah Reza abdicated rule to his 21-year old son, Pahlavi.   Pahlavi Shah introduced reforms in the 1960s, but like his father, he was not adept at the implementation of the reforms. His approach often violated human  rights and the civil liberties of his people. Iman Khomeini publicly denounced the Shah’s reforms and was subsequently exiled.

In 1978, the people of Iran demonstrated against the Shah and he eventually fled the country.  During the uprising, the clergy gained political influence. The Shah's opponents united behind Khomeini, who came back from exile with his plan for a clergy-led government. He justified this by applying expansion a welfare policy which assumed guardianship over orphans and the mentally ill to include the Islamic community, deducting that the absence of the twelfth imam of Shiite theology placed the whole community as orphans.

“The Guardianship of the Jurists” rendered the monarchy obsolete as the senior jurists would assume guardianship over the people according to Islamic jurisprudence.  In addition, they would claim executive authority over the affairs of the people until the return of the Mahadi.  In 1979, the Islamic Revolution overthrew the Shah and according to the new constitution, Khomeini became the Grand Ayatollah, the Supreme Leader for Life. During this revolution, the United States Embassy as well as those from other countries was taken over with hostages held, though U.S. hostages were held longer than those from other countries.

In this position of authority, the Ayatollah Khomeini appointed the judiciary, all military commanders, and the heads of state television and radio. He alone had the power to declare war.  He mandated conservative Islamic values and put Iran on a path that was anti-Western. That same year, Iraq went to war with Iran. Eight years later, the war was declared a stalemate and a new Ayatollah was appointed as Supreme Leader: Ali Khamenei.  Khamenei remains the current Ayatollah.

The Persian Empire was the first empire to attempt to govern a population of many different racial groups based on the principle of equality for all regarding responsibilities and rights.  Subjects were expected to pay their taxes and keep the peace and in exchange, the king did not interfere with local customs, trade or religion.

Originally, the Persian religion worshipped numerous gods which were associated with phenomena such as the sun, fire, moon, water and wind.  Religious practices included animal sacrifice, great respect for fire and drinking the intoxicating juice of the haoma plant.  Circa 600 BC, a prophet and teacher, named Zoraster founded a new religion he called Zoroastrianism.[2]

Zoraster wanted to replace the ritualistic, idol-worhsiping cults and their Magi priests calling the practices “a lie.”  He wrote down his beliefs in a book known as the “Zend Avesta.”  The center of Zoroastrianism was the one god Ahura-Mazda, meaning “Wise Lord.”[2]  This god demanded “good thoughts of the mind, good deeds of the hand, and good words of the tongue.”  This new religion didn’t take hold until the rule of Darius.

Over the years, the Magi changed Zoroastrianism to a principle of the god Ahura-Mazda representing “light” and the “dark” god Ahriman as the evil spirit and rival of Ahura-Mazda.  Each man must choose which god to worship.  Zoroastrianism also evolved to include doctrine of the resurrection of the dead and a last judgment.  After the Arabs conquered Persia and introduced Islamic religion, Zoroastrianism died out in its homeland, but does exist today among the Parsees in India.[2]

With the fall to Arab Muslims in the seventh century, Sunni Islam became the state religion of Persia. By the next century, Persians were fully invested in the religion and moved the Islamic capital to Bagdad.  Persia again became influential and a leader in the world’s landscape.

In the 16th century, Shiite dominance of Persia began. Uniting Persia under his rule, Isma’il, the Shah, made the Islamic sect of Shiism the state religion.  At the time, Shiism differentiated Persia from the Arab world and the Ottoman Empire which were Sunni. Iran’s population today is 90% Shiite Muslims.[5]

The copyright of the article How Persia Became Iran is owned by Cheryl Weldon and permission to republish in print or online must be granted by the author in writing. 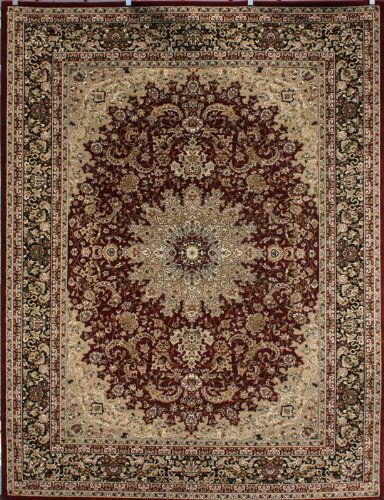 Credit: photo courtesy of the United States Central Intelligence Agency (CIA)
Next >> 10 of the Most Bizarre and Horrific Torture Techniques From History