After Christopher Columbus returned from his historic voyage to the New World, Spain and Portugal, the two greatest marine powers of their time, became rivals for control of the newly discovered territories in the Americas.

To resolve this potential source of conflict, Pope Alexander IV, who was loyal to Spain, drew a line down the center of the world map and decreed that all lands west of this arbitrary line would "belong" to Spain. The two kingdoms ratified the Pope's proposal in 1494 by signing the Treaty of Tordesillas.1 Under the terms of the treaty, Portugal was granted exclusive exploration rights east of a line running close to the 46th meridian, while lands to the west of the line were granted to Spain. This agreement determined the future of Spanish colonization of the New World, and the resulting geographical distribution of the Spanish language.

As a direct result of the treaty, the part of South America which extends east beyond the 46th meridian is now Portuguese-speaking Brazil, while most of the countries on the American continent south of the United States are Spanish-speaking.

Spanish2 is a Romance language which evolved from Latin. It was also influenced by Arabic following the Moorish invasion of the Iberian peninsula in the eighth century. Because it was largely unaffected by Arabic, the Castilian dialect spoken in the northeast was regarded as the purest form of the language.

Castilian spread southward as the kingdom of Castile fought back the Moors and began the Christian re-conquest of Spain. It became the official language of Spain3 when King Ferdinand and Queen Isabella recaptured Grenada, the last Moorish stronghold, in 1492.

The spread of Spanish as a world language began with Spain's annexation of the Canary Islands in 14784, and continued with the conquest of the Americas.

Spain's first colony in the Americas was in Santo Domingo on the island of Hispaniola (present day Haiti and Dominican Republic) in 1496. More colonies were then established in the Caribbean before Spain advanced to the American mainland.

Spanish conquistadores overthrew existing pre-Columbian civilizations such as the Aztecs and Mayas in Mexico, and the Incas in Peru, and then forged forward into the South American heartland5.

The Spanish language became an important means of unifying many subject peoples throughout a vast empire. It became a lingua franca for nations who spoke many different languages, and was a key tool to converting them to Catholicism.6

The linguistic legacy of Spanish conquest remains today. In the Caribbean, where Spain established its first foothold in the Americas, Spanish is the language of Cuba, the Dominican Republic and Puerto Rico. It is an official language in all the countries of South and Central America except Brazil, Suriname, Guyana and French Guinea, and is a major minority language in the former British colony of Belize.

In North America, Spanish is spoken in Mexico and parts of the United States which were once part of the vast Spanish empire.

Spanish explorer Ponce de León arrived on the Florida peninsula in 1513, and the first Spanish colony in Florida was established in 1565. Spanish-speaking populations were subsequently established throughout the south west of the present-day United States. Texas, originally part of Mexico, was populated by both Spanish and English speakers, and was an independent republic before becoming a state of the union.13

Southwestern communities originated from different areas of Spain and consequently have their own regional dialects. Later waves of immigrants from Cuba, Puerto Rico, Mexico and other Spanish-speaking countries brought many other varieties of Spanish to the U.S.7

Some differences between the Spanish of Mexico and Spain

The frontiers of the Spanish empire were extended into the Pacific when Vasco Nunez de Balboa crossed the Isthmus of Panama in 1513 and claimed the Pacific Ocean for Spain. In 1565, Miguel Lopez de Legazpi sailed from Mexico to the island of Cebu, where he established the first Spanish settlement in the Philippines8. From there, Spanish spread throughout the Spanish East Indies, which included the present day states of the Phillippines, Palau, the Marianas and Caroline Islands, Guam, Micronesia, and part of Sulawesi9.

The Philippines were a Spanish colony for over 300 years. During this time, Spanish became the common language of the islands.

Following the American capture of Manila at the end of the nineteenth century, the importance of Spanish began to decline, with English replacing it as the language of government and education. However, Spanish is still spoken in parts of the Philippines, even though it ceased to be an official language in 1973.

In Africa, Spanish is spoken in the former Spanish colonies of Equatorial Guinea and Western Sahara, and the cities of Ceuta and Melilla on the north coast of Morocco. Cuban influence has also brought Spanish to communities in Angola and South Sudan.10

In 1492, having defeated the Moors in Grenada, King Ferdinand and Queen Isabella completed the re-christianization of Spain by expelling the 200,000 Jews living in their kingdom. These Spanish Jews, known as Sephardim (based on the Hebrew name for Spain), relocated to various locations, including Turkey, North Africa, Italy, Greece and the Balkans, taking with them their unique Spanish dialect, known as Ladino.11

Today there are Ladino speakers living in Turkey, Israel, the United States and Latin America. There is also a Sephardic community in Morocco whose members speak a related dialect, Haketia.10

Today Spanish is the native language of an estimated 400 million people, making it the second most widely spoken native language. If second language speakers are included, there are an estimated 559 million Spanish speakers. making it the third most spoken language in the world, after Mandarin and English. It is the second most studied foreign language, and second only to English as a language of international communication, both in the real world and on the Internet.10

Credit: By PuebloUnited (Own work) [Public domain], via Wikimedia Commons

It has also been adopted as an official language by many international organizations, including the United Nations, the European Union, the World Trade Organization, the Organization of Ibero-American States, and the North American Free Trade Agreement. 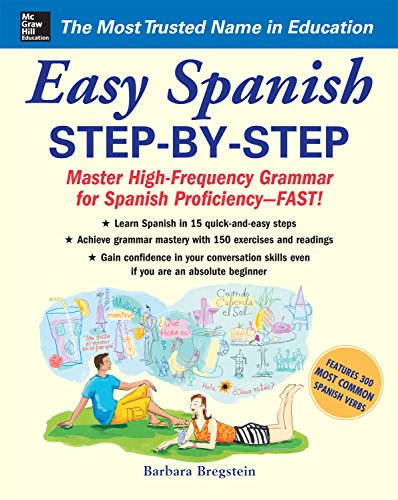 The Royal Spanish Academy was founded in 1713 to maintain the purity of the Castilian tongue. The Academy is still active today, and continues to work with 21 organizations in South America and the Philippines to develop universal rules for Spanish. It also provides grants for the study of the Spanish language and literature.12