If you love to write and would like to make some money doing so, sign up to infobarrel today, so you can start earning cash for doing what you love. Rock on! Sign up now at the link below:  http://www.infobarrel.com/signup.php?ref_id=2544112
InfoBarrel is a writing platform for non-fiction, reference-based, informative content. Opinions expressed by InfoBarrel writers are their own.
InfoBarrel > Sports > Fishing

Escaped From The Aquarium Industry

No one knows exactly how the lionfish found its way into the waters around Florida and the Caribbean. However, it is likely that the former poisonous saltwater aquarium star was either released by dissatisfied pet owners, or set free by accident when hurricanes flooded seaside and intracoastal homes containing saltwater tanks containing the imported fish.

Either way, the free-roaming populations of lionfish in the tropical southern waters of North America have grown at an alarming rate. The lionfish has no natural predators in the Caribbean or Florida coastal or gulf waters, are voracious feeders, and tolerate no competition in their territory.

These attributes have allowed the invasive lionfish to spread and threaten marine life on the fragile coral reef ecosystems that provide estuary and habitat for countless species of coral, shellfish, fish, and marine plants.

In an effort to stem the spread of theses toxic predators, The Florida Fish and Wildlife Commission has set no size limit, no daily bag limit, and a policy that encourages harvest and consumption of lionfish in state waters. In addition to this, the state offers permits for anglers and spear fishermen to harvest lionfish from otherwise protected coral habitat. (This is the first time that such a permit has been created.)

Florida divers are encouraged to remove, destroy, and report any of these fish they encounter while diving. The video below shows the free FWC Lionfish App, which allows watermen to report sightings, catches, and upload photos of lionfish in the state.

The Government of the Bahamas has also began to aggressively address the lionfish invasion with their National Lionfish Response Plan, which focuses on capture, handling, and cleaning of the species.

Report lionfish sightings, catches, and upload your photos with The FWC Lionfish App.

How To Catch Lionfish

The lionfish is very slow moving. Its featherlike fins make it beautiful, but cumbersome and slow. They typically hold among the outskirts of reef structure, where they prey upon fish, shellfish, and yes, other lionfish. They are easily speared and the diving industry has developed short pole spears designed with three point barbless tips that make harvesting lionfish quick, easy, and relatively safe.

In addition to the spears, you can also get lionfish holding contraptions that are made from pvc tubes with one-way flaps, and heavy spine-proof bags attached. The idea is very similar to lobster tubes, that allow a diver to insert a captured fish into the tube through a flap that will flex inward, but become rigid on the out-pull, thus removing the fish from the spear.

Once inside the lionfish-proof bag, the diver is free to harvest more fish. It is paramount to proceed with caution and puncture-proof gloves when removing poisonous lionfish from the bags back at the boat or dock.

Once you have your catch safely home, it is time to clean the fish. 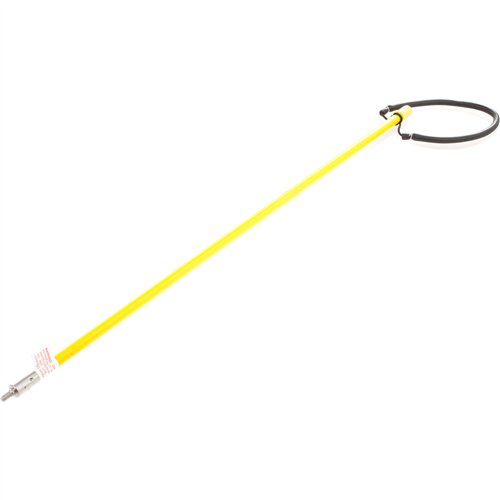 Credit: Map Courtesy of US Coastguard 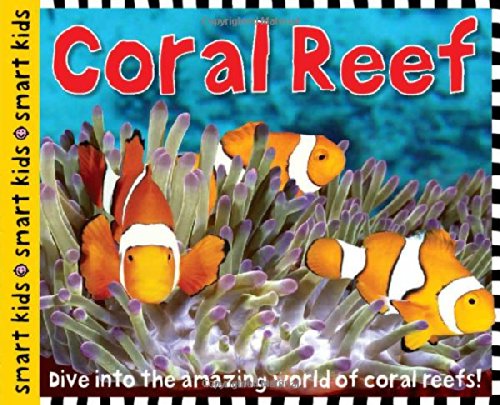 Smart Kids: Coral Reef Amazon Price: $9.99 $4.95 Buy Now(price as of Mar 10, 2016)
The Smart Kids Coral Reef Hardcover Book is for kids from preschool through second grade. It is filled with fun and colorful knowledge about all of the many creatures that live on the coral reef.

While the flesh is delicious, the spines carry a toxic venom. If you are stuck with a spine, submerse the wound in hot (not scalding) water, remove any visible pieces of spine, and consult medical attention as soon as possible.

Spines may be carefully removed using heavy duty kitchen-type scissors, sharp handheld garden shears, or by trimming the spines away with a filet knife. Be careful to discard any removed spines, since the venom will still injure you if removed spines are stepped on or handled incorrectly.

Once the spines are removed, the fish can be filleted in much the same manner as any saltwater finish, such a snapper or grouper. The video below shows how this procedure is done.

Preparing A Lionfish To Eat

How to filet a lionfish. 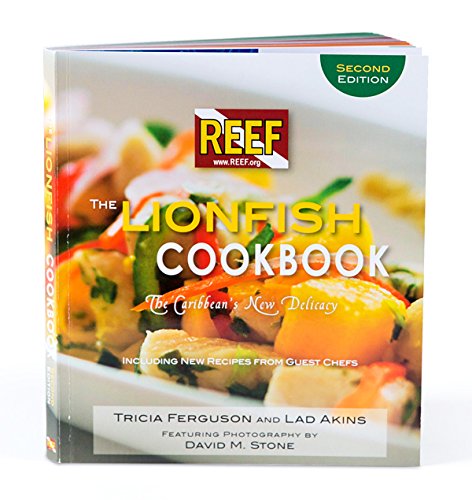 The Lionfish Cookbook Amazon Price: $16.95 Buy Now(price as of Mar 10, 2016)
5 Star Cookbook written by Bahamian resident Lad Adkins (Director of Bahamian Special Projects Addressing Lionfish Invasion) and Tricia Ferguson (personal chef to the stars on the Bahamian Harbour Island). This book is filled with information and recipes for the troublesome but delicious lionfish.

Lionfish are a species of poisonous yet edible aquarium fish imported from the Red Sea and the Indo-Pacific Ocean into the United States. They have since escaped, naturalized, and become and invasive threat to native fish populations and coral reef ecosystems.

The Florida Fish And Wildlife Commission, and the Government of the Bahamas encourages harvest and consumption of the invasive lionfish, to control their rapid spread and ecological damage.

In Florida, the FWC offers a free App that allows fishermen to report sightings, catches, and upload photographs of harvested lionfish in the state. In the Bahamas, information on their National Lionfish Response Plan is available in literature the government has developed to address the control of the species.

Floridian and Caribbean Divers are encouraged to remove and consume the invasive lion fish when possible, however, caution is advised since the spines contain a poisonous venom. Although the fish are considered venomous, the flesh is harmless and is excellent table fare.

Next >> How To Effectively Fish A Riprap Shoreline