How To Convert A Steam Boiler To Forced Hot Water

How To Convert A Steam Boiler To Forced Hot Water, is an article that will first help you decide if your system is a candidate for conversion and second if it's financially feasible.

Some steam heating systems are one pipe systems. In other words the steam is generated by a boiler and then it travels up a pipe and into the radiators. As the steam cools it condenses back into water and runs back to the boiler through the same pipe.

If you have a one pipe system, your heat would require extensive piping to convert it to forced hot water.

You can find out if you have a one pipe steam system by looking at any radiator and seeing if there is one pipe to it or two.

Two pipe steam systems are prime for conversion. These types of piping configurations allow the return water, or the condensed steam, to return to the boiler through a separate pipe then the steam arrives through.

What You Must Add

Typical steam boilers are very simple systems. They have very few elements other then the boiler and very few moving parts. A forced hot water system on the other hand, has several components that will need to be added. Starting with a pump to move the hot water when there is a call for heat.

This pump then needs to be controlled and will require an electrical relay to call the boiler, as well as the pump that sends water to that zone. Some systems will be one continuous loop and some will have several loops that feed individual radiators. If the system is split up then multiple zones can be obtained and separate areas can be controlled individually with their own thermostats.

Zoning your system can be an economically smart move as some areas not used often can be left colder until they're needed. This can save a substantial amount of the yearly fuel budget as well as reducing the work load of your equipment.

If you have a single zone system then converting it can be done rather easily. Components needed are listed below.

These components are pictured in the diagram above and their placement is always optional according to the individual piping existing in your system. Some are available in both copper solder in types and threaded wind on types.

This choice will be made by your existing piping. If the system is made from copper pipe and fittings, then copper parts can be obtained. If your system is made of steel threaded pipe you'll want to get threaded elements to add the components to your system.

If your making a multi zone system, you'll also need a Flo-check for each zone to keep the water from rising out the zones that are not calling when others are. This valve keeps the non calling zone from becoming overheated when there is another call within the system. Each zone will need a Flo check and these come in threaded as well as soldered models.

Whenever an element is added to this type of system it is recommended that you valve off both sides of the component and that way if it ever needs to be worked on it becomes an easy task to isolate that part and not have to drain down the entire system.

Forced hot water heating is a very economical way to heat any home. Steam heat has been around for many years and was once the cream of the available crop. Now the best heating available is forced hot water and the conversion question comes up all the time.

The answer is yes the steam heating system can be converted. The questions are one pipe system or two. As you can understand by now, if you have a multi level house and a one pipe system, the cost of opening walls and ceilings to gain access for the extra pipe you'll need may render the job not worthy the initial outlay.

If however you have a two pipe system then making the switch can not only provide a great savings in fuel costs but it will provide a much more comfortable even heat that will keep you warm for years to come.

How To Convert A Steam Boiler To Forced Hot Water, is as simple as lowering the water temperature to 200 degrees and providing the equipment to circulate the heated water that the steam system lacks. The initial outlay can be offset with savings on fuel in a few short years. 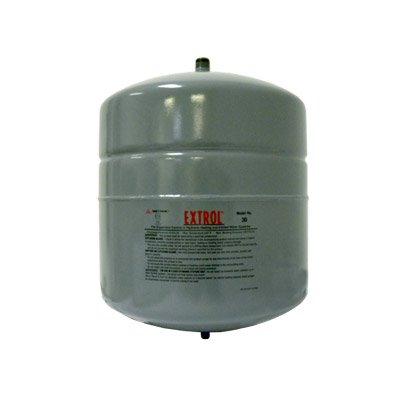 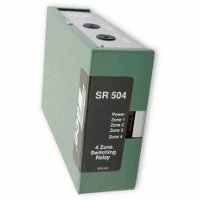 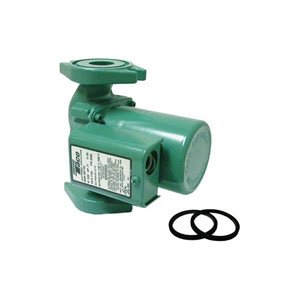 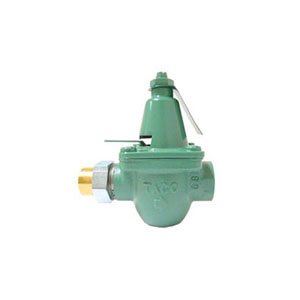