How To Get Your Cat To Shut Up During The Night

Nothing is more grating than having a cat wake you up every night - possibly even several times  a night. It wears down your patience really quickly, makes you cranky and completely upsets your life. And it isn't about to fill you with love for your fur ball. Worse even - there isn't much you can do about it, at least in the moment - or so it seems. And cats have been shipped off to the shelter for less.

So. Do yourself a favour before you go completely mental - and no longer have the energy for this - and decide to take those 2 to 3 weeks to retrain your cat, for both your sakes.

So why is it that your cat does this?

Well, cats are nocturnal, for a start. That means their biorhythm is supposed to be completely opposite of yours.. Now, it is entirely possible to retrain your cat to live on your rhythm - and that is certainly one thing we will be addressing below.

Secondly, meowing is something that cats use in particular with their kittens and with us. That's right - amongst adult cats, they use body language and shut up for the most part. We're just too dense to really get what they're saying with the subtle art of body language so they have figured out how to get our attention - they're nothing if not smart and practical, after all. So, chances are that your cat wants something: food, to be let out, attention, you name it.

Third, your cat may be in heat. The typical 'oh my god, someone is killing a cat'-type yowling they produce when they're in heat is enough to drive anyone bonkers. It is typically done when they don't have access to a kitty of the opposite sex in order to attract one over a great distance. If this is the case, the solution is easy: get them spayed or neutered, pronto!

Now we know why they do this, we can also get to how to change it.  We are going to retrain them to live on our rhythm so they sleep at night along with us, and take care of any needs they might have before bed so that the chances of their waking us up is minimised. After that, it is a matter of communicating the new schedule and rules to the cat.

This is not going to be easy. The next 2 weeks will be a source of frustration and you will more than once ask yourself why you are bothering. When that occurs, remind yourself that the situation is already at a point where you cannot take it anymore and this is your only way out of it.

Your cat is used to being able to communicate their needs to you whenever they feel like it and changing that habit isn't going to go over well. Chances are that, since it wakes you up from your sleep each time, you haven't responded in the most consistent way either - you'll probably have cursed at them, yelled at them, ignored them and at times gotten up to do what they want so they finally leave you alone. While that is completely understandable, it has also trained your cat to stick to his guns. In fact, this kind of inconsistency is used in training sessions by animal trainers to make the animal work harder for their reward and is called interval training. That's right - your understandable response to this nuisance has trained your cat to keep trying in order to get what he wants, unfortunately. And that makes the behaviour harder to break.

On top of that, the retraining of your cat hinges on you being consistent when you're at your most vulnerable - when you're trying to sleep. The urge to give in to them when they bug you at night will be stronger than you sticking to the training due to this, so be ready for that. There will be tips and tricks to help you do just that, though, so don't worry - you're going in armed.

And it is just 2, maybe 3 weeks. As the training progresses, there will be less interruptions and you will see progress. So hang on to that as a motivator to get started and keep going. Do this before you no longer have the energy and the sanity to be able to put up with this training schedule, because it would be such a loss for both you and your cat to have you reach your breaking point.

Cats - like people - have a certain way of doing things. There is a certain rhythm, a ritual to the way they live their lives. And we're going to take advantage of that ritual to help them sync up with our own biorhythm.

Take a minute to observe your cat's ritual. Chances are they run around, go outside, or are active in some other way, then go over to the food bowl to eat, after which they plunk themselves down on your bed or couch and start grooming. Once they're done with their bath, they'll often take a nap. Now, watch them rinse and repeat. Time to hijack it, don't you think?

If you take those 10 to 15 minutes every night before bed to get them to expend their energy in a satisfying way, you'll reprogram them to sync up with your own bedtime, increasing the chance of them at least letting you sleep the first few hours of your sleeping cycle undisturbed.

Now, this is the easy way out for those who have the option:

If you can, lock your cat in a room with everything they could possibly need at bedtime. Close the door and sleep like a baby as you cannot hear them throughout the night.

Do keep the play-time ritual, as that will ensure that your cat actually doesn't spend all night being unhappy and meowing at the door. While you may not hear it, they would still be miserable and restless. You can try opening the door after 2 weeks and see if they still wake you up - provided you're rested up and ready for a little experiment.

If you do not have this option, go to step 2. 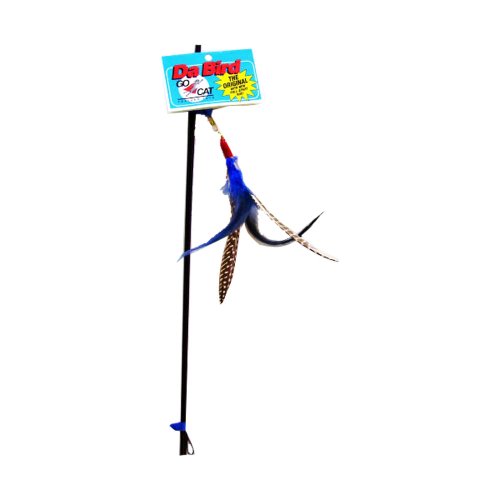 Step 2: arming yourself for the night

At this point, you're probably reluctant to go to bed, only to be woken up again. And who can blame you, really. Still, with the preventative measures in place, you should at least get in a good first cycle. Make sure they have absolutely had everything they need - attention, environmental enrichment, food, water, bathroom, etc) to last throughout the night to ensure they have no legitimate pleas to make during the night.

Let's get the ammo out for the rest of the night. Take your pick from the following strategies:

The upside of this strategy is that it tends to work really quickly. The downside is that you will always have to have to vacuum cleaner standing there in order for the deterrent to work. Up to you whether or not that is acceptable. You can also add on the defensive strategies afterwards, once you're able to get rested up a bit and have the energy  to wean them off the vacuum cleaner deterrent.

Defensive strategies to deny them their reward

Once you have picked your strategies and decided to do this training - stick to it!

Remember, interval training will kick in if you are not. That means that each time you give in, each time you give up, the cat will take it as a sign that he just has to try a little harder before he gets what he wants. Consistently making it clear that their behaviour no longer works is the only way to get through to them.

While you certainly can start over if you mess up, it will become that much harder and take that much longer to break their habits though it certainly is still possible.

When you first start this training, your cat will become impossible. They'll fail to understand why their previously successful pleas suddenly do not work anymore and amp it up in order to achieve success. That means they'll be more obnoxious than ever.

This is a normal response - just look at a toddler throwing a temper tantrum. If it doesn't work, they get even worse, but eventually they run out of steam. The same is true for cats. Stick to your guns, do not give in ever and watch the resistance pass.

So, when you're in the midst of that temper tantrum hurricane, keep saying to yourself:

'This too shall pass.'

Then turn around and go back to sleep. Do not let them get to you because you'll have to start all over again.

Once you've done all the training and the work, you'll sigh in relief that you finally can sleep at night again. Things will settle into a new rhythm and life will go on.

And then, when you least expect it, weeks - even months - after everything finally goes your way, your cat will test out if this strategy is truly no longer viable. Think of it like an ex-smoker smelling the familiar smell of a cigarette and going 'well...maybe just one.' A situation presents itself that used to be addressed with this outdated strategy and they just want to make sure it's truly no longer applicable. It's like a back-up strategy in their back pocket.

For that matter, this often also coincides with the drop-off in employing the preventative measures ( see if you can turn that play-time into bonding time with you and your kitty instead of a bargaining chip for your sleep - that will make it easier to actually enjoy those 10 minutes and keep it up)

When this occurs, you're likely to react instinctively as you've done before because you're no longer focused on their training - by yelling, screaming and giving in. And that will be the start of a new, and harder to break cycle.

Be ready for this and ignore them. Stick with your consistency. The chances of them trying it again will be greatly diminished after this final test.

Enjoy your much deserved rest and sweet dreams ;)