Are you a fan of oldschool RPGs? If you are then do check out this list of 50 Legendary RPGs for the PS1 for ideas of games to play on your emulated Android device.
InfoBarrel is a writing platform for non-fiction, reference-based, informative content. Opinions expressed by InfoBarrel writers are their own.
InfoBarrel > Entertainment > Games

How To Play Emulators On Android - A Step by Step Guide

If you have been around computers and consoles you have probably heard of emulators before. Console emulators are basically programs that let you run ROMs, images of the actual games, on your PC, Mac, Android, etc. If you are sceptic about piracy, you should know that emulators are legal, and so is playing on them, as long as you have ever had a purchase of the platform you are emulating and own a real or virtual copy of the game. Say you have an old Nintendo 64 that doesn't work anymore, or your Final Fantasy game disc is so scratched it won't read properly on your PS1 any longer, well you can safely emulate games in those conditions since you own the products.

Now, on to the process of playing emulated games on your android device. Be it a Smartphone or Tablet, it doesn't matter as long as it has the Android OS, you can download and install one of the many available console emulators on the market through Google Play. Many of them are free software, but take note that the best and most reliable apps have associated expenses on the part of the developer, and thus you may need to pay for them. They are rather cheap anyway and it is worth it, seeing as you are taking your new virtual console and your games with you on your pocket everywhere you go!

First things first, what platform do you want to emulate on your devide? Let's say you want a Game Boy in order to play Pokemon Crystal on your Sony Ericson Xperia Play. Well, you have the phone, hopefully there's a wireless access point nearby, and you have the Google Play Store app on your device. The best Game Boy Colour emulator for android that I know of is Game Boy Colour A.D. available on Google Play Store, and it's free. All you have to do is search for it, download it and install it.

You have the console, now you need to "mount" it. I would recommend a neatly organized folder for each console you want on your phone and a folder for every group of games (Action, RPG, Pokemon Games, whatever) to avoid unnecessary confusion. I hate seeing files everywhere, it's much easier to keep things organized from the beginning so that you can always find what you're looking for. Here is a simple step by step instruction.

1- Connect your android to our PC through USB connection

2- Open the directory of the SD Card that your PC identifies. You will access the main folder of the micro SD Card. It should look like /sdcard/ on the address bar, and it's the directory where you'll find folders like system, Android, games, music and the likes. If you're not there yet, just search for the sdcard folder.

3- Create a new folder here and name it "Game Boy Colour". This folder is where you are going to put the ROMs you'll be downloading, through your android or your pc, and it's the folder that you will access when starting the emulator to run the game.

4- Before starting your game you need do download the BIOS. Without this file, you can't turn your console on, per say. It's simpler than it sounds, emuparadise.me has all your BIOS needs, but you can just google it really. It should look something like gbc_bios.bin.

5- After downloading the correct BIOS files, just put it in the Game Boy Color folder you created previously. And voila, your new handheld system is ready to be used! Now you just need the games.

Now that you have your virtual console mounted, it's just a question of downloading the game you want from a ROM directory. Google is your friend really, but I'll spare you the trouble and take you to freeroms.com. It's a very good site, very simple and with no complications or download redirects at all. Just choose your console and search your game. Since our example was Pokemon Crystal, let's say you got that ROM. Take note that most ROMs (and BIOS files) come compressed inside a .rar or .zip file. You'll need something like WinRAR to uncompress it. You are most likely to already have this software installed on your PC, but if not, you can easily find it through Google. After unzipping the file, it should look something like this Pokemon Crystal.gbc. That is the file you want to put into your Game Boy Colour folder.

Everything is finally ready to be used. Open the app menu of your Android, open the GBC A.D. icon (create a shortcut if you want), browse your game folder, something like /sdcard/Game Boy Color, open the game and you can start catching them all! Or something like that. Also, don't forget that most emulators come with a read me file or instructions on the download page, so that you can look for defenitions tips on how to optimize it for your machine or where to configure the buttons, but you're most likely good to go from the start. Maybe there will be the occasional game that will need a tweak or two.

Exploring the other options

I told you how to install a Game Boy on your tablet, but the process is basically the same for other emulators, and believe that are endless possibilities out there. In my case, I mostly play emulated RPGs since those are the kind of games I like and collect, and I need some entertainment for long trips and periods away from home, so I mostly play PS1 games on my Xperia Play, with the occasional GBA title. But you have emulators for the SNES, NES, Sega Saturn, Dreamcast, Genesis, you name it! Just bear in mind that anything beyond the fifth generation of consoles it either pushing it, or just plain unstable on your mobile phone. Below are some tips on what I recommend to install on your android and some things to look out for.

-Extension: .gba (GameBoid can run from the .zip file)

-Extension: Varies, but should always be something like .v64, z64, etc. 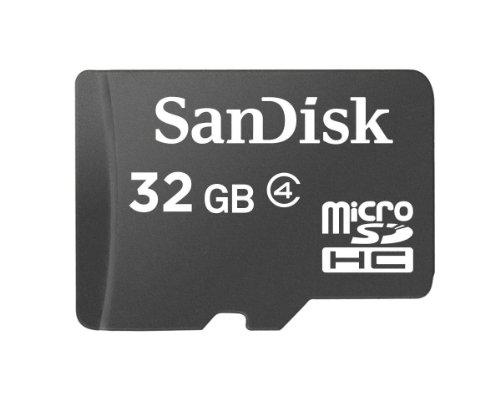 SanDisk 32GB Class 4 Micro SDHC Memory Card, Frustration-Free Packaging- SDSDQ-032G-AFFP Amazon Price: $17.99 $13.10 Buy Now(price as of Aug 12, 2015)
Make sure you have all the storage space you need for all the games you want on your mobile console!
Next >> No Man's Sky - How to Efficiently Farm Money