How To Remove Plantar Warts From Feet At Home

How did this happen?

It started out as a small, smooth swollen circle on the bottom of your foot. You really didn't even notice it until the skin turned white and you could literally dig down inside of the tiny volcano that had formed on your sole. Soon, sharp pain would come if you happened to put weight on it just the right way. A Google search later and you realized you had a plantar wart (often misspelled ‘planter wart’). After you groaned, you decided it was gross, and you wouldn't tell your girlfriend or boyfriend until you’d found a wart cure, but you should absolutely tell them.

What is a plantar wart?

According to Wikipedia, a plantar wart, also known as verruca, myrmecia and verruca plantaris, is a wart caused by the human papillomavirus (HPV) occurring on the sole (Latin planta) or toes of the foot.

So it’s a virus, and that’s precisely the reason you should tell your significant other about it because they could very easily catch it too. In fact, that’s how you probably got your plantar wart: the shower at the gym, a hotel room floor or sharing footwear with someone who didn’t tell you they had one. So take precautions – no bare feet if possible and launder your socks very regularly. Then it’s time to find yourself a wart remover.

How to get rid of plantar warts?

Because it’s a virus, your body’s natural defenses should attack and destroy the invading wart eventually. However, it’s the ‘eventually’ part that causes the problems. Depending on an individual’s immune system, a wart can last weeks, months or many years.

It’s a quick remedy, but it may not be the wart cure. Some podiatrists say the likelihood of a plantar wart returning after being surgically removed is as high as 40 percent. That may not be an enticing option for a procedure that can cost hundreds of dollars.

These tend to come in two varieties: salicylic acid based applications and cryotherapy remedies. Both methods of plantar wart treatment do essential the same thing – destroy infected tissue so that the body can replace it with healthy tissue.

Salicylic acid chemically burns the tissue away, while cryotherapy uses extreme cold to break down the plantar wart. Some podiatrists or doctors use cryotherapy to treat warts, but unlike the liquid nitrogen your doctor might use, OTC cryotherapy usually consists of a dimethyl ether and propane mixture.

Many have reported great success with OTC wart treatments. A nice benefit to using them is that most come with protective padding or cushioning that can provide pain relief immediately. 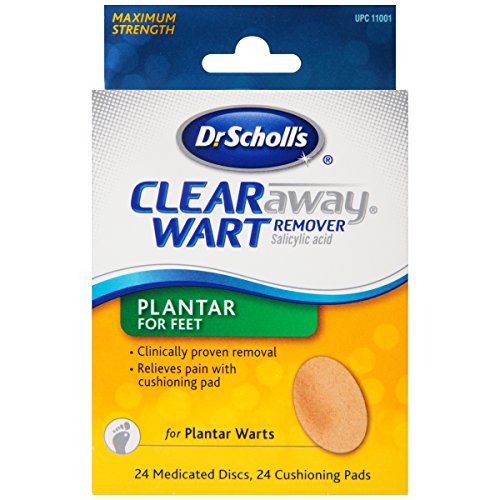 Are there home remedy options?

Absolutely, in fact because plantar warts tend to be so costly and difficult to cure, a litany of less traditional treatments have emerged.

Some claim it’s the adhesive on the tape; others claim it somehow stimulates the body’s immune system or allows salt to accumulate under the skin – creating an unfavourable environment for viruses. Regardless, the application of duct tape to plantar warts is a popular, yet wildly contentious method depending who you ask.

The method is theoretically similar to duct tape, and its efficacy similarly debated.

There are cheerleaders for all of them. Natural oils such as these have been reported to have anti-bacterial and anti-fungal properties that seem to work well for many users.

Yep… urine. Employing a similar rationale as the salt accumulation via duct tape, urine has its fans.

The Internet testimonials are everywhere, and it seems like this plantar wart treatment may hold greater promise than many of the other home remedies, and even OTC treatments. The acid in apple cider vinegar is what attacks the wart and the relative low cost and organic nature of this wart remover makes it an attractive option to at least try. 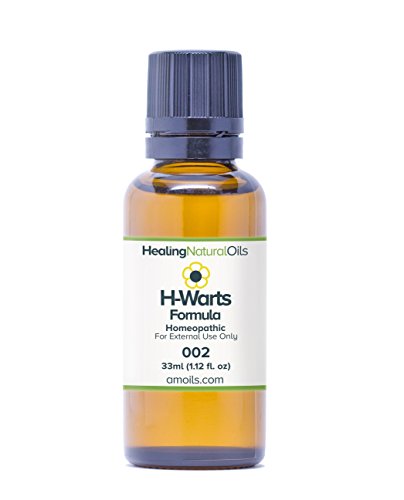 Is there anything else important to know about how to get rid of warts?

Yes, the MOST important thing: be unwavering and consistent. Regardless of which wart cure you choose, the key is to keep at it and never give your unwelcome foot guest a chance to regenerate. Many people go wrong by giving up because they’re not seeing results fast enough and/or the discomfort and inconvenience of the cure.

So be ruthless, and eventually you’ll be able to stroll away from the experience comfortably.