Buy survival gear and winter survival gear cheaply from Amazon. You too can earn money from writing articles by signing up for InfoBarrel.
InfoBarrel is a writing platform for non-fiction, reference-based, informative content. Opinions expressed by InfoBarrel writers are their own.
InfoBarrel > Travel & Places > Places > United States

How To Survive A New England Blizzard

How to survive a New England blizzard is something you had better learn before deciding to spend a winter in this region of the world. North Easters blow in off the east coast of the united states and can dump snow in feet not inches within a very short period of time.

Being prepared to sit out this kind of storm takes a few special preparations should you lose power and heat. Utilities like these are often taken for granted and never even thought about until they're gone. Many will find themselves standing in the dark wondering what the heck they did with those candles.

Food will go bad without refrigeration and pipes freeze and damage property. Roofs cave in and the sea may throw chunks of ice the size of cars at the beach front property. Mother nature has an ugly side and it can turn up in a heartbeat during the harsh winter months of New England. 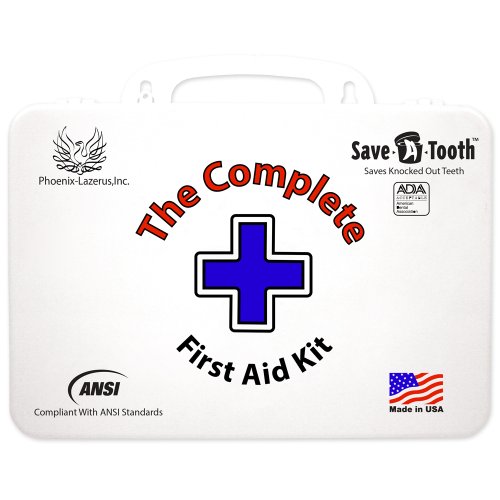 The Complete First Aid Kit Ansi First Aid Kit, White Amazon Price: $39.95 Buy Now(price as of Dec 19, 2015)
Starting out preparing for the inevitable snow storm should be putting together a great little first aid kit. Just some band aids and maybe an ace bandage, some aspirin and antacid. Other little things like gauze and an antiseptic cream.

Get as much together as you can think of for whatever calamity may arise and keep it somewhere accessible so it won't be a major deal to locate when it's really needed.

A battery powered light is very important to have handy when the lights go out. Candles are good for after you find everything you need because they add heat to the room but finding things takes mobility and a strong flashlight times the amount of people in your house is recommended.

A battery radio should be kept around to listen to news and weather updates, it's good to know how long you'll be sitting it out. Planning ahead with rations is easier if you know exactly how long your planning ahead for.

Fresh water is an issue, especially if you have a well. These types of water systems will require electricity to deliver their water. If your power goes out, you have no water. Store a few gallons of fresh water in the house for emergencies. In most cases for water there will always be snow to melt, so this isn't really a problem.

Canned goods should be stocked up for this type of emergencies and don't forget to include the can opener. This can be an important omission. Nothing is more annoying then having that can of spam and not being able to open it. 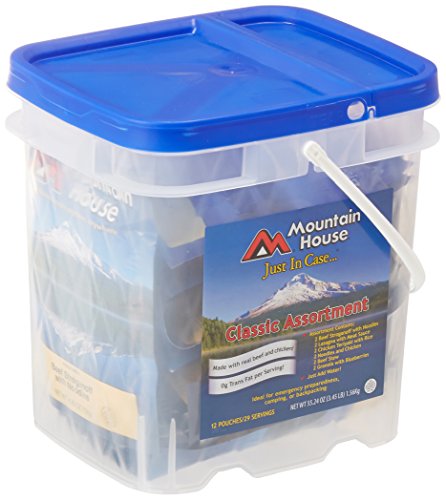 Mountain House, Just In Case... Classic Bucket Amazon Price: $85.99 Too low to display Buy Now(price as of Dec 19, 2015)
Dried goods like granola and freeze dried fruits have an incredible lifespan and are recommended as nutritional snacks for any survival kit. They are usually high in protein and can help curb your appetite making it easier to ration what food you do have.

Make sure if you have enough advance warning and you don't have a garage that you park your car at the end of the driveway near the road. There will be a lot less snow to move when you do finally want to get out. You can always shovel up to the house later.

All of these things should be done no later then the autumn months as when winter hits the region it can hit hard and fast. Getting stuck without some essentials can be a bad experience if the duration of the storm lives up to the areas reputation. Blizzards in the North East have been known to drop several feet of snow in a matter of hours.

How to survive a New England blizzard is just a matter of using common sense and having a few necessities to get through a few days of solitude. The services are usually returned to the public within a few days to a week.

Electric and other utility companies in the area are quite used to dealing with catastrophic outages and respond in large numbers to fix any issues. So best thing you can do is kick back and relax and watch the glory mother nature is capable of delivering. Look for the rainbow in the aftermath. The air is crisp and clean and everything is so white you'll need your Ray Bans.