Laughter is the best medicine. (Unless you're really sick....then you should see the doctor.)   Whilst every effort is made to ensure accuracy, the information on this website should not be used for medical purposes without consulting your doctor first or for legal purposes
InfoBarrel is a writing platform for non-fiction, reference-based, informative content. Opinions expressed by InfoBarrel writers are their own.
InfoBarrel > Lifestyle > Dating & Relationships

How Well Do You Know The Person You Are About To Marry? - Part 9

This is the second last section of this article series. It covers 10 questions pertaining to community and culture. Community is defined in the Webster dictionary as a group of unified individuals or the people with common interests living in a particular area. It could also be defined as the society at large. Your community could therefore be the person sitting next to you on the train, or absolutely everyone in your country. You might be surprised how the culture of the community, people who you have never met and obviously are not included in your relationship, plays a role in your future marriage.

How do you feel about getting to know your neighbours?

My fiancé can literally strike up a conservation in the airport boarding lounge with a 75 year old stranger. A conversation for 2 hours, no less. I, on the other hand, have trouble thinking of conversation topics even with people I have already met before. My fiancé would ideally love to have the neighbours over to our home so that we can get to know them, leave our house keys with them for emergencies and have play dates with their children. Conversely, I only wish to know that they are not loud party people. Completely opposite views on neighbours, but I am sure we will be able to compromise on a common ground.

How often do you do charity work? What proportion of our income should go to charity?

Thankfully, I have not yet met any person who had anything against charity work. They might have particular charity organisations that they would prefer to support over others, though. Some people feel that giving money is not charity work as you are not physically involved in doing anything. Others would prefer to volunteer in organisations that benefit animals. Charity donations should be factored into your budget if you are planning to give it on a regular basis. This includes giving money to churches during mass etc as well.

What religious practices are you involved in? How has your spirituality affected your daily life?

I am a practising Roman Catholic. I wouldn’t say I am a very staunch Catholic. I try my best to go to church every Sunday but that is about the extent of my involvement in religious practices. My fiance's family on the other hand decorates the church every Sunday, sings in the choir and gives out the Communion.

Spirituality, on the other hand, extends much more into how I lead my life everyday. It dictates how I deal with people, how I tackle problems I encounter, how I believe that certain things are just out of my control. I can give numerous examples here but I am sure that you have your own already. Religion is not the same as spirituality.

Are you involved in any political party?

This is not just important for making dinner conversation with your partner’s family but it is important to know just how active they are in the political party. I cannot imagine that Barack and Michelle Obama could stay married if they were on completely opposite opinions on every political issue that arose.

Do you like to get involved in any sports?

Sports contributes not just to physical health, but to mental wellbeing also. Competitive sports builds character, discipline, teamwork and trust. Social sports are also important in networking and relieving stress. Sports may become an activity that you both enjoy together. But certain sports may also be considered dangerous by the other partner and may make them constantly worried. Competitive sports may take up too much of your partner’s time. This is what needs to be discussed.

Have race, ethnicity, and cultural differences ever been a source of tension or stress for you in a relationship?

This not only pertains to your partner but also to their families. Me and my fiancé are of different races. Over the past 10 years of our dating life, we have both had to endure countless comments from both our families regarding this. It has never broken us up but it has definitely caused some heartache to know our families’ opinions over the years. Most well travelled people are very open minded when it comes to race and cultural differences. But, not all. While those who are not so well-travelled are not necessarily closed off. It really depends on the individual.

Do you believe what you read on the news?

In many countries, news is censored. Even in countries with free speech, the news may be biased or filtered according to what suits their local populations and increases the number of readers. This is why some people have shunned newspapers altogether. But if you can’t believe the news then where else would you get your information?

Do you think it is important for everyone to have an education, whichever gender they might be?

Unfortunately, in certain societies, females are still classed as the second class species. This means that do not get a right to education, to vote, to drive, or to make other decisions that many of us take for granted. Knowing your partner’s views on this particular subject will undoubtedly open up the discussion to further questioning. For example, the next question might be the importance of both genders to be working rather having one stay-at-home parent. This is also important as this will determine how your partner will treat your children.

Sometimes, it would definitely be easier if a relationship was just between two people. Unfortunately, this is never the case. Not unless that couple lived on the furthest edge of Antarctica away from civilisation. Even if they did, I am sure that they would have had to ask for someone else’s help, at some point, to get there. Community plays a big part in marriage and rightly so. As the old saying goes, “It takes a village to raise a child”. Even if you decide not to have any children, it is still unavoidable to be affected by what is happening around you. Last 10 questions coming up! Happy interrogating! 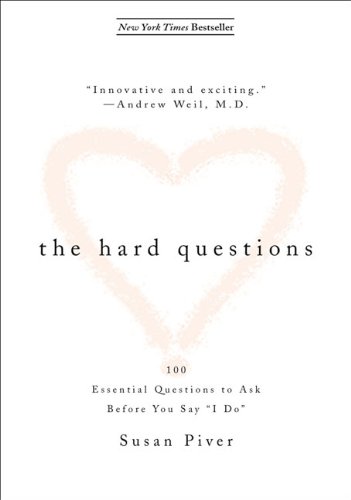 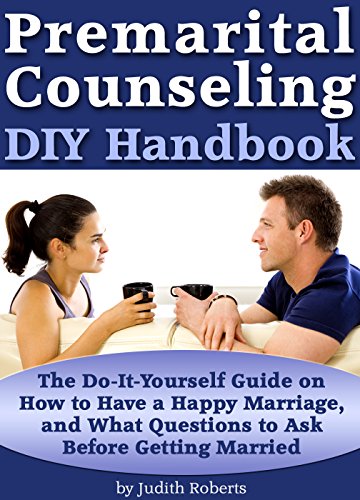 Premarital Counseling DIY Handbook: The Do-It-Yourself Guide on How to Have a Happy Marriage, and What Questions to Ask Before Getting Married Amazon Price: Buy Now(price as of Oct 30, 2014)
Next >> How to Infuriate Professional Musicians