I am a retired teacher of English as a second language. I teach on line via Skype, and write on-line articles which reflect my love of travel, language, literature, history and culture. I love writing for InfoBarrel. Why not join me by signing up here: http://www.infobarrel.com/signup.php
InfoBarrel is a writing platform for non-fiction, reference-based, informative content. Opinions expressed by InfoBarrel writers are their own.
InfoBarrel > Lifestyle > Family > Parenting

How Do Babies Learn to Speak? The Magical Process of Language Acquisition

The way that babies learn to speak their mother tongue is a fascinating aspect of child development which linguists call first language acquisition.

This is a magical process which scientists do not fully understand. There is, in fact, an ongoing debate among linguists and psychologists as to whether language is a learned behavior, a biologically innate human ability, or a combination of learning and biology. One thing experts do agree on, however, is that no matter how they learn to speak, all children generally follow a predictable sequence of language development.

Language acquisition begins with the ability to recognize and understand speech. Experiments show that newborn babies can recognize the difference between speech and non-speech, that two-month olds can recognize their own native language, and that infants begin to understand words between the ages of four and nine months.

Speech therapist Caroline Bowen outlines several key stages in the development of babies’ receptive language skills. Before three months, they recognize and are comforted by a familiar voice. Between four and six months, they respond to the word “no,” sense changes in tone of voice, and become fascinated by sound, rhythm and music.

Seven to twelve month old babies respond to their name, point to pictures in a book or parts of their body when asked, and understand simple commands and questions. They also enjoy simple stories and songs, and often enjoy hearing the same story or song over and over again.

The vocal chords are the main organs of speech production. At first, babies use their vocal chords for crying. They begin to use different kinds of cries to express different feelings, such as hunger or pain, and begin making grunts, sighs and coos by 2-4 months.

Between four and seven months, cooing leads to vocal play as babies learn to experiment with their vocal chords to produce a variety of sounds such as raspberries, nasal murmurs, and snorts. They also play with producing high and low pitched sounds in varying degrees of loudness. Vocal play evolves into babbling, a form of play speech unique to human babies. Babbling babies produce extended streams of sound, and practice using the muscles of their jaws, lips and tongue to begin producing consonants.

Somewhere between nine and eighteen months, babies reach the major milestone of saying their first word. This is a signal that they are entering the next stage of language development, the one-word stage, when they begin naming things such as “teddy” or “car,” and actions such as “sweep” or “eat.”

Vocabulary development begins slowly, and then increases rapidly. On average, a 15 month old baby probably says about 10 words. This will increase to about 50 words by 18-20 months, and 200-300 words by 24 months.

Although the specifics of grammar development are obviously different in each language, grammar development begins when baby begins combining words together in groups. Babies begin with very simple word combinations, which gradually become more complex.

I will illustrate this with the following outline of how a young child typically begins to  use grammar when beginning to speak English.

The two-word stage occurs between 18 and 24 months as babies begin to combine words together. They may say phrases such as “my teddy,” or combine a noun with a noun or verb to make a two-word sentence such as “teddy sleep.”

Next comes the early multi-word or telegraphic speech stage. Now children produce sentences that contain nouns and verbs, and sometimes pronouns. However, they do not use grammatical elements such as the articles “the,” or  “a,” verb endings (-ed and -ing), or adding "s" to nouns to show  plurals or possessives.  Also, they do not use verbal auxiliaries such as will, do/does or can.  “Teddy no ride daddy car” is an example of a typical telegraphic sentence.

Now children gradually begin to learn grammar. Starting at about the age of two, they begin to put “a” and “the” in front of nouns, and use the pronouns I, he, she, it, you, we, and they. They also begin to use verbs correctly: “be” will now be “is” or “was”;  they will use an “s” at the end of verbs with “he” and “she,” and add “-ed” to form the past tense.

As children begin to learn and apply grammatical rules, one delightful and sometime frustrating stage in the development of grammar is over-generalization.  For example, a child discovers that plurals are formed by adding the “s” sound to the end of a noun. He or she will then form all plurals in the same way, saying not only “toys” and “cars,” but also “foots” and “mouses.” Children will also over-generalize the past tense ending by adding “-ed” to all verbs, including irregular ones such as went, which they will say as “goed.” Eventually, the child will learn the exceptions to these rules, but in the meantime, any attempt by adults to correct these perceived “mistakes” is doomed to failure.

The later multi-word stage occurs somewhere after 30 months. Their sentences gradually include more and more correct grammar, and become longer and more complex.

The ages given above for various stages of language development are approximate guidelines only, and each child moves gradually from one language stage to the next in their own unique way. Some babies are very communicative and fluently produce a lot of ungrammatical sentences, which will gradually improve in accuracy over time. Others seem to process language internally, and may stop babbling and go through a silent period before producing adult-sounding grammatically correct sentences. Also, girls tend to speak a little earlier than boys, and to develop a larger vocabulary earlier, with boys catching up later. 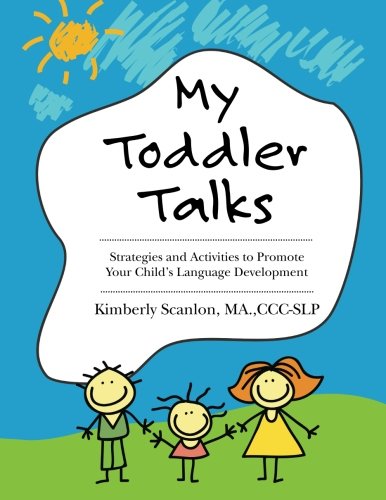 Research shows that children’s language development provides the foundation for learning to read, which in turn leads to further language learning, and later academic success. Language learning occurs in the crucial early years before a child is three years old, and is stimulated by the language the child hears from family members and other caregivers. Therefore, one of the best ways to help a child succeed in life is to create a rich linguistic environment from day one by talking to baby, singing songs, and telling stories to encourage language development.