How is British Law Created?

In the UK a pregnant woman can legally relieve herself anywhere she wants, including in a policeman's helmet.  Did you know this?

Have you ever wondered how a law becomes, well, law?  Especially when they seem a little weird, or as the Telegraph revealed further in their article in the 12th April 2008 edition, “Ten stupidest laws are named” even perhaps, stupid.  They also offer perhaps the more well known law that it is an act of treason to place a postage stamp bearing the British monarch upside-down and further add that in Liverpool, it is illegal for a woman to be topless except as a clerk in a tropical fish store.

Now, this last offering must demand investigation and I ask for comments below when you have been so inspired!  Really?   For what reason do tropical fish stores deserve such excitement, or clerks such liberal freedoms to let it all hang loose and free with such wild abandon I wonder.   At least it is warm in tropical fish stores I suppose.  Certain considerations jump to mind regarding how well endowed the clerk happens to be and age surely has a bearing on comfort as my mind conjures images of a menopausal employee brandishing her tiny fishing net to chase a skittish guppy in front of an even wider eyed transfixed teenager.

Well, I digress.  In this article we will briefly explore how British law is created, firstly by finding out how an Act of Parliament comes into being.

An Act of Parliament starts as a Bill, which is a proposal for a new piece of legislation most commonly introduced by a Government minister known as a public Bill. So, what you do is that you bring your idea for a new law to your local MP.  If you don’t know who that is, then find out because you won’t be given a warm reception waltzing up to the Houses of Parliament declaring that your local Birmingham fish and chip shop should be given similar liberties to Liverpool fish selling establishments.

Your proposal, or Bill, once you have persuaded your local MP to present it, must then pass a vote in the House of Commons and the House of Lords.  I wonder which Members of each House may support the idea and which ones might keep abreast of current local opinions.  Your local MP might feel a right ‘tit’ even proposing the idea.  Okay, really, I will stop the puns now, I just couldn’t resist.

Then the Bill receives the Royal Assent, which means the Queen herself has to give it the once over and without her approval, you are busted.  Oophs, another boob on my part.  Really, I have stopped now.

By this stage though the Bill really would not be presented unless it was kind of a done deal for the Queen to pass it.  It really is a formality for this Royal Assent and for the Bill to pass into law and become an Act of Parliament. An example of this is the Anti-Terrorism, Crime and Security Act 2001.

Now we look at delegated legislation. Parliament has delegated or passed on the authority to another person or body to make a law within a framework known as an enabling Act for a specific purpose. An example of this is the Criminal Justice Act 2003, which enables the Secretary of State the power to make delegated legislation.  The country is full of experts and groups of experts in various fields who may have spent a lifetime examining the intricacies of marine life and health and safety in tropical conditions and the heat of certain fats necessary to cook a nice bit of cod and the splash back effect on human tissue.  Well, of course there would not be one expert group knowledgeable in all of this, though there is knowledge that the Members would not be privy to and would need to outsource, for want of a better term.

Devolution referendums where held in the late 1990s after which certain law making powers were devolved from the Westminster Parliament via statutes which set up a framework for the new law making bodies in their jurisdictions. They are the Scottish Parliament, Welsh Assembly and Northern Ireland Assembly.  It is all still law of course, just coming at us from all angles, rather than just one.   We might worry that these differing laws could separate our Great Britain, though I am assured we are all still friends at the end of the day and are known worldwide for our quirky and somewhat eccentric ways that give us differences of dress between shopkeepers of tropical fish in Liverpool and in Edinburgh, for example!

Precedent is following a legal principal that has been decided upon in a previous similar case. The doctrine of binding precedent states that a decision made in a higher court is binding on a lower court. For example a decision made in the UK Supreme Court is binding in all other UK courts.  If your indignation at the denied freedom of dress code at your local chip shop found its way to the Supreme Court and, God love you, you won the case, then no lesser court in the land could deny your favourite waitress the freedoms enjoyed by her Liverpudlian sister.   It would still be up to you to persuade her of such joys, however; the choice is hers.   Actually requiring that she serve you topless takes the idea into a whole different arena and is where I leave the debate completely, and leave the country too, come to that.

Common law which is also known as case law is a system of precedents built up on decisions Judges have made in cases they have heard. For example murder is a common law crime that has been refined over many years by judges not an Act of Parliament.  Interesting isn’t it?  You thought you had maybe understood where British law comes from and now I chuck that one in too.   Talk about the power of the people though, you could actually change the law by being so perturbed by circumstance that you fight and persuade your way through court to get the law changed.  How powerful are you!  You just need a decent, or indecent (ahem!), Judge to back you up, though of course you risk getting the back up of one that does not share your passions.

Then there is EU law which starts as a proposal for legislation initiated by the European Commission. After widespread consultation with relevant institutions, member states and pressure groups the proposal is initiated and approved by the Commission and sent to the European Parliament and the Council of Ministers. Both bodies must approve the proposal in order for it to become EU law.  So, if all else fails, hop over to Brussels and put the fishy matter of equality to our European enthusiasts.  Why Liverpool and not Rudesheim, never mind Birmingham, let’s not limit ourselves. 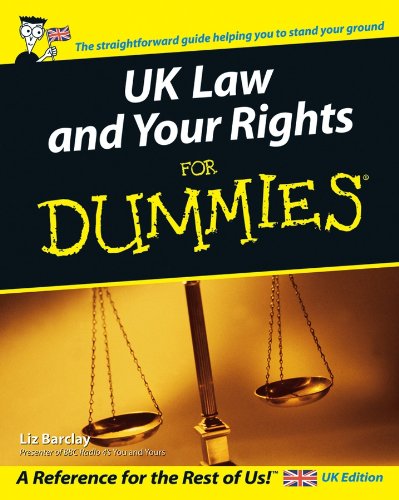 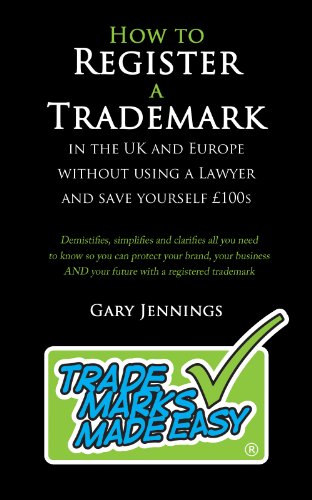 How to Register a Trademark in the UK and Europe Without Using a Lawyer and Save Yourself Â£100s: Trade Marks Made Easy Amazon Price: Buy Now(price as of Nov 25, 2014) 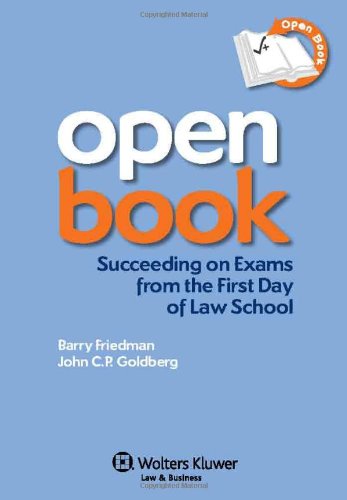