ArcheAge is a previously Asia-only Sandbox MMORPG that has recently made its appearance on the western stage. ArcheAge is praised for its in-depth crafting system, expansive world for players to explore and PvP that allows player to not just fight another faction, but their own as well. Those who have indulged in ArcheAge may know of the two default factions - the Nuia and the Haranya - but those are not the only options available. The game allows players who commit enough bad deeds to become banished from their faction and join the Pirate faction, officially embracing the pirate's life. While many are enticed by the pirate's life in ArcheAge, it's not easy. Getting into the Pirate faction can be a task in and of itself, but the pirate's life comes with as many downfalls as it does benefits.

Benefits of Being a Pirate

It's alluring and likely why you started playing ArcheAge in the first place, but what specifically are the benefits of being expelled from your lame old faction and being welcomed into the embrace of a life of crime?

Disadvantages of Being a Pirate

For every pro, there is a con. When it comes to pirating, many people tend to work towards the goal without taking into consideration what it really means. Some things will take a while to set in, but other disadvantages will be immediately noticeable.

What to Do Before Becoming a Pirate

If you have any unfinished business, do it before committing. Here are some things that you should consider taking care of beforehand. Some can be done after being banished, others cannot.

Hit Max Level - The most important thing. Growlgate Isle has its quests, but they are terrible for leveling. Unless you want to endlessly kill monsters in the middle of nowhere, hit max level first.

Have a Decent Ship - Growlgate Isle is, obviously, an island. Unless you intend to teleport everywhere, you will want a ship that is faster than a rowboat.

Level an Alt - Not technically necessary, but helpful. Having a non-pirate alt allows for players to have safe farms on the south continents, quick access to certain merchants and a way to keep in touch with other non-pirate friends you may have made on your way. Mail yourself useful items then get back to pillaging and looting on your main.

Get Any Titles You Have Your Eye On - Most titles will be difficult to get once you go pirate. One that particularly springs to mind is the Executioner title. Before you even consider becoming a pirate, you'll want to get this title. You merely need to do Jury Duty 5 times (which requires 0 infamy to qualify for) and do a quest. The title is nothing special by it does give a good cloak that gives +7 to all stats.

Get Your Glider Pieces - If you want to construct a specific glider, which will help your criminal going-ons, you will want to do so before you switch. Constructing a glider requires five different materials: the design, a special item specific to the glider design, ultralight wing ribs, a glider steering mechanism and a glider thruster. The first two can be bought on Mirage Isle or crafted, but the other materials are obtained through quests. Once you are a pirate, the NPC quest givers will hate you so...You know the drill.

The 4 Ways to Becoming a Pirate

So you've committed, that's great! Players who aren't in the know generally do a mix of these four different ways on their path to becoming a pirate. To become a pirate in ArcheAge, you need to get 3,000 infamy and you will officially be in. It is best to commit to one of these four methods to do it quickly, otherwise it could take awhile.

If you listen to faction chat, this is the only true way to become a pirate. However, it is also the most difficult. For this method, go to a high level PvP zone that is in conflict or at war, toggle on bloodlust (ctrl+f) and kill players of your own faction. Only same faction kills will give you infamy. Of course, you best be decent at playing your class. Also, having the element of surprise can go a  long way as well.

Not so great at killing players that stand a decent chance? Well, go to a lower level zone that is at war and slaughter some low level players of your own faction that are likely just there to level. Be ready for tears, though.  It's faster than the above method, but even among pirates you won't make many friends with it.

For this method, you will require a friend, preferably one that is not a jerk. For horse slaying, sit outside of a town (in a PvP zone) with a stablehand, with a friend and have them summon their mount. Be sure there are no guards close by and kill the horse. Have them report the blood, go to the stablehand to revive their mount, repeat and role in your infamy points. This is the fastest method and doesn't result in a lick of jail time, unless your friend is a jerk and kills you at some point.

This method also requires a friend, but is safer than horse killing since it involves no murder. It is the safest method to become a pirate, but also the most tedious. Anyway, both players (or one, if the other doesn't want to be a criminal), purchase 1,000 potato eyes and head out to a secluded spot in a non-PvP zone. Plant all the crops and the player with pirate aspirations can uproot them once they mature (it takes 10 minutes). Uprooting the plant costs 1 labor point and gives 3 infamy points. It takes awhile to get to 3,000, but it's better than getting rolled on the battlefield or sitting in jail.

You've done it! Congratulations. Now what is there to do as a pirate? Many pirates generally stick to growing their fortunes or just making life unpleasant for other players. Here are some things to do as a pirate.

Join a Guild - You'll want to take some time to learn what guilds are available on your server, but you should try to join one as soon as possible. It is possible to solo-pirate, but you won't get very far. You'll definitely want some friends to help with dungeon running or other activities.

Pirate Trade Packs - This is really the main thing to do as a pirate. Instead of crafting trade packs yourself, you can now steal the ones that others have crafted. The most profitable way is to round up a bunch of other pirates, usually guildies, and set up at a choke point where a lot of trading vessels come through and can't outmaneuver you easily. Generally, you raid enough ships until everyone has a pack, then you travel to Freedich and trade them in for either Gilda or resources, but the resources really aren't worth it. Unfortunately, there is no gold merchant on Freedich. Smart pirates will keep a trading ship of their own at a safe distance so they can store double the haul.

Dive for Treasure - If you feel like gambling for your gold, you can give diving a try. Put on your scuba suit and find a suitable treasure hunting spot. Sometimes you can find decent things, sometimes there is a bunch of junk.

Barrels - Much like diving for treasure in the open seas, but a little easier. Under Captain Morpheus's ship are a whole bunch of barrels. Dive down there, destroy them all and loot. You can get some spiffy pirate clothes as well as some goods that can sell up to 15 gold.

Farm Coinpurses - This is generally what non-pirates do when they don't want to craft, trade or do anything else. It's harder for pirates, unfortunately, as we basically have to hide from everyone else while doing it.

Start a Farm - Yup, the old classic. Grow some stuff, craft or sell it to the auction house. On some servers you can get some land on Growlgate Isle, which is nice. On others you will only be limited to Auroria. Some pirate guilds even have some extra land to sell or give out to members, but not as many now that the game has been out for awhile. 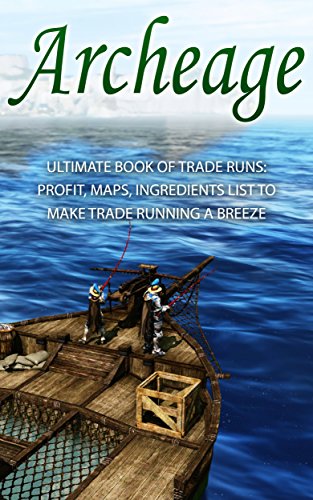 Archeage: Ultimate Book of Trade Runs: Profit, Maps, Ingredients List to Make Trade Running A Breeze (Archeage Guides 1) Amazon Price: Buy Now(price as of Apr 23, 2015)
As helpful for non-pirating as much as it is for pirating. You'll be able to sass out the most profitable routes people take and rob them.

How to Stop Being a Pirate

Sick of drinking rum, being hated by everyone and having a run in with scurvy every couple of months? Well, you can technically stop being a pirate. Unfortunately, while you can become a pirate in a matter of hours, it takes a few months to switch back. For most people, it's easier to just level a new character rather than work off a reputation for piracy. However, if that's what you want to do, here's how.

The goal is to work that 3,000 infamy back down to 0. After that happens, you can rejoin your old faction and wander the main continents in relative peace.

If you have 15 loyalty points lying around, you can buy Draughts of Forgiveness that lower infamy by 100 apiece.

If you don't, there are several quests you can do, but only the Austera and Marianople quests are repeatable.

Crime Points: -20 NPC: Landscape Manager Angela Quest: Remove 15 weeds growing in the grass around Marianople, and back to chat with NPC. 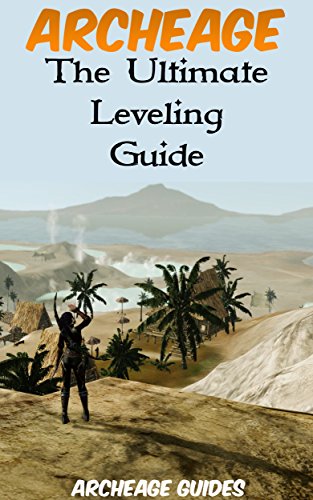 Archeage: The Ultimate Leveling Guide: 33 Things I Wish I Knew Before I Started Leveling (Archeage Guides) Amazon Price: Buy Now(price as of Apr 23, 2015)
Next >> XCOM 2 - Tips for Effectively Building Your Avenger Base