How to Build Killer Croc in The Pathfinder RPG

Waylon Jones, more famously known as Killer Croc, did not lead a happy life. Raised by an alcoholic aunt, and universally reviled and outcast for a skin condition that gave him a beastly appearance, he spent his youth in and out of juvenile correction. When he reached manhood, and had done a stretch of hard time, he took a job wrestling crocodiles in a sideshow. With his colossal strength, natural swimming abilities, and hunger for power and control, he took the name Killer Croc before turning to a life of crime. Quite the resume, and if you'd like to have your own brand of heavy-hitting thug that fits Killer Croc's M.O., this guide should get you started.

Also, if you're looking for other members of the Suicide Squad, Gotham's Vigilantes, or other characters like the cast of Game of Thrones, or The Avengers, the Character Conversions Page at Improved Initiative has you covered.

Though he was born to humans, there was always something off about Waylon Jones. One way to represent his descent into inhumanity, both physically and mentally, is to make his base race a Scaleheart (the skinwalker archetype descended from werecrocodiles, and found in the book Blood of The Moon below). With their ability to enhance their strength, as well as the power to gain a swim speed, a bite attack, and the ferocity monster trait, the Scaleheart is a natural fit for Killer Croc. Especially since there's nothing that says he ever has to change back to a more human-looking skin.

As to Croc's attributes, physical ones should take priority. Croc is strong, tough, and fast, in that order, and we've seen that he is not terribly wise, though he can display a low cunning. His presence is notable, but he's never used it for any purpose other than intimidating others.

Lastly, you need to pick Croc's traits. There's a huge list to choose from, but it's important to remember to pick the traits you're going to use most often in order to get the biggest benefits from them. Crocodile Swim, for example, grants a +2 trait bonus on Swim and Stealth checks while moving at half speed as long as you're mostly or completely underwater. It also lets you pick one of those two traits as a class skill, and for the purposes of this guide Stealth is the better pick. If that one doesn't appeal, though, an alternative race trait is Bred For War, which gives you a +1 trait bonus on Intimidate checks, and a +1 trait bonus to your CMB because of how damn big you are. You might also want traits like Deepsea Native, which gives you a +2 trait bonus on Knowledge checks to identify aquatic monsters, and reduces the penalty to Perception checks due to murky water by -2. Berserker of The Society, which grants you an additional 3 rounds of Rage per day, or Bloody-Minded, which grants a +1 trait bonus to Intimidate and Initiative checks, are also good choices. 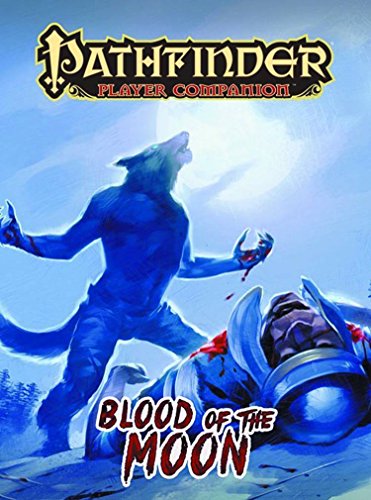 The most fitting class for Killer Croc is the barbarian, given Croc's penchant for brutality over brains. However, since Croc also prefers crushing the life out of his foes, the Brutal Pugilist archetype fits him better than just a standard barbarian. It gives you the ability to take attacks of opportunity against anyone who grapples you, even if you normally couldn't, it grants you an insight bonus to a combat maneuver (grappling is a good choice), and it allows you to avoid the negatives typically associated with gaining the grappled condition. Even better, it treats you as one size category bigger than you are for the purposes of grappling. You lose out on Uncanny Dodge and Trap Sense, but if you want to grab your foes and roll them under the water, it's a small price to pay.

Also, while it's possible to just take straight Brutal Pugilist levels, there was a period of time where Croc was on some serious drugs. If you want to mimic the power, and sheer savagery Croc's dosing gave him, you might want to take a level or two of alchemist for the bonus extracts and mutagen. You could take the Ragechemist archetype to get a bigger Strength bonus (as I suggested in my Incredible Hulk character build), or you could take the Vivisectionist archetype to gain a little precision damage instead of bombs. Whichever route you go, though, mutagen also increases your natural armor, which is something that happened with a fair frequency to Croc's scaly hide.

Lastly, you may want to take a single level of Brawler. The unarmed damage is useful, but more importantly, it frees up a feat slot by giving you Improved Unarmed Strike. You might also enjoy having Martial Flexibility on hand, in case you find something too big to grab.

Barbarians don't get a lot of skills, as a rule, and when you were educated in the penal system you tend to rely on your other forms of expertise. However, Croc should have Intimidate, Stealth, Perception, and Swim at the very least. Knowledge (Local) is useful if you have leftovers, but so are Acrobatics and Climb.

On to your Rage Powers! Since the bulk of your levels are going to be barbarian, you're going to have a decent selection of Rage Powers to pick from. The first one you should select is Animal Fury, because even though you already have a bite attack that does more damage, this Rage Power gives you the ability to make a bite attack as part of maintaining or escaping from a grapple, and if it hits you get a +2 bonus on all grapple checks for the round. Add in the Beast Totem Rage Powers, which give you claw attacks, natural armor, and pounce, and you'll start to resemble a scaly chipper-shredder. Raging Grappler gives you the ability to deal damage quickly, and to put your foes on their backs to make it harder for them to escape. Other Rage Powers like Strength Surge, Smasher, Intimidating Glare, Renewed Vigor, and Regenerative Vigor are also good ones to pick in keeping with Croc's theme of a big, scary murder machine that just won't go down.

When it comes to feats, you need to make your selections carefully. Especially since you don't have any bonus feats from your race or class(es). Croc's wrestling feats will include Improved Grapple and Greater Grapple (Core Rulebook 127 and 125), and Rapid Grappler (Ultimate Combat 114). You may also want to take Chokehold (Ultimate Combat 92), which allows you to put enemies up to one size larger than you are (technically two sizes larger thanks to Brutal Pugilist) into a chokehold. This begins suffocating them, and makes it impossible for them to breathe, or cast spells with verbal components.

Croc isn't just a professional wrestler with a skin condition, though. You might also want to consider the Extra Feature feat (Blood of The Moon 7) in order to gain the benefits of multiple bestial features at once (so you could have a bite attack and a swim speed at once, for instance). Taking it twice should allow you to take all the features you want when you shift... assuming you ever take your more human form again. You may also wish to take Eldritch Claws (Advanced Player's Guide 158) in order to treat your natural weapons as magic and silver for the purposes of DR.

The Killer Croc we know from the comics and animated series doesn't really rely on equipment. He's a gigantic beast man who uses his environmental adaptation, and unflinching strength, to put his enemies in the ground. However, if you're planning on making your Killer Croc as tough to beat as possible, then you might want to consider Gauntlets of the Skilled Maneuver, magic belts that enhance your physical stats, and an Amulet of Mighty Fists to make your natural attacks hit even harder than they already do. Armor is a good idea, but keep in mind that if you're in the water, armor might become a mechanical liability.

Lastly, ask yourself who your version of Killer Croc is. Where does he come from? What will he do with these powers? Is he a refugee from the Sodden Lands, trying to rebuild his life? Or is he a Korvosan thug, drowning his way up the ladder on Varisia's harsh frontier? Is he a pirate from the Shackles, a mercenary from Sargava, or something else entirely?