In Northern California, both Vinca major (periwinkle or creeping myrtle) and Vinca minor grow easily. Vinca minor, also known as common or lesser periwinkle, however, does not usually take over as quickly like Vinca major does. Native to Europe, lesser periwinkle is found growing wild in many parts of the United States as a uncontrolled ground cover. However in Northern California, it has not become an invasive species like Vinca major and it’s less likely to take over your garden as its larger cousin likely will in this region.

You can plant Vinca minor in most any location you want the ground cover with purple flowers. It will do well in sun or shade, although it tends to grow best in shade in the warmer climates. It is tolerant of most soils and once established needs almost no care other than watering. It grows well in zones 4 to 9 making it a good ground cover choice for most any location in Northern CA.

Give this plant lots of water and you’ll be rewarded with lush green ground cover and lots of purple periwinkle flowers. However, watering too much can make Vinca minor grow much faster. If you want to contain your periwinkle ground cover, try watering less often to slow its growth. It is slightly drought tolerant, so cutting back on watering won't kill it.

Prune your plant anytime it has grown outside its boundaries. In Northern CA, Vinca minor will grow year round and will need pruning a couple of times a year or more.

Use a short hedge shear to prune. Although you can use shears for clipping individual tendrils, it will be much faster to use hedge shears and such clipping will not harm your plant.

Cut the plant back as far as you need to keep it where you want it to grow. This plant can handle severe cutting or you can trim it just an inch or two back.

Prune the ground cover Vinca minor in the spring, after the last frost to encourage new growth throughout the spring and summer. In Northern California, spring pruning can happen anytime from April to June depending on the weather that year. 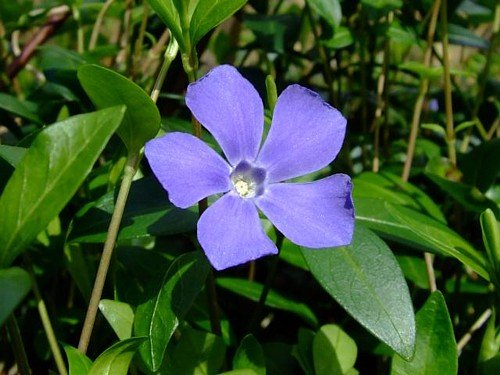 Myrtle 48 Plants - Periwinkle/Vinca - Hardy Groundcover - 2 1/4" Pot Amazon Price: $34.99 Buy Now(price as of Jul 22, 2016)
Several periwinkle plants can take over your garden with lots of watering. They can easily cover most any space you want. 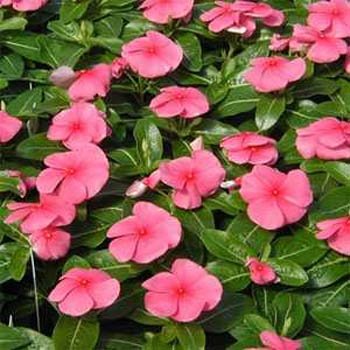