Finding Your Own Apartment in Seoul

Teaching English in South Korea is one of the most popular ways to enter the country, and offers many benefits and perks. One of the biggest and most important being free housing - most public schools and hagwons, as well as some Korean universities, have employer provided housing for their English teachers.

However, for personal reasons, you may want to find your own apartment. Perhaps you don’t like the neighborhood you’re located in, or want to be closer to your friends. Maybe you want to be in nightlife hotspots such as Gangnam or Hongdae, or be in a more central area so you can travel Seoul more easily. Regardless of your reasons, finding your own apartment while working in Seoul and other major South Korean cities is definitely possible. However there are a few things you need to keep in mind, especially regarding costs and deposits, and English ability of real estate agents.

For most English teachers in Korea who decide to find their own housing, they still get a little extra assistance from their employer. Most English teaching contracts have a section on housing allowances - a set amount provided to the teacher should they find their own apartment. This can range from as low as 300,000 to as high as 700,000 Korean won. I was incredibly lucky to be with an employer that provided the latter amount, and was able to find an apartment near Gangnam Station.

Most of the time the amount for the housing allowance is completely set - so if you find a nice apartment for 500,000 Korean Won, but your employer only provides 400,000, you’re out the 100 difference. On the other hand, if you manage to find an apartment that’s cheaper than the housing allowance provided, most employers won’t care about you pocketing the difference. In my experience, my employer didn’t ask or care about the housing I found in Gangnam (outside of asking my address for visa and alien registration purposes). Do note that some jobs will not offer a housing allowance at all, so read your contract carefully. In particular, many after school programs and University positions do not offer housing allowances - or if they do, it’s a very small amount that makes it unreasonable to find your own place.

While getting a free apartment while teaching English in South Korea is a nice perk, many contracts hold you responsible for other fees related to the housing. For example, you may have to pay your employer a small deposit when you first start working - which will cover any damages at the end of your contract. You will usually get this deposit back (minus any damage incurred) when you finish working.

If you decide to move to your own apartment halfway through your contract, you may be subject to cancellation fees. With most housing contracts in South Korea, typically if you want to break contract you are responsible for a cancellation fee - as well as continuing to pay rent until a new tenant is found, so keep this in mind when trying to find your own apartment in Seoul. If you move to a new place, you may be responsible for two rental fees for a while.

Unlike most deposits in the United States and other Western countries, which are typically only equal to a month’s rent, apartment deposits in South Korea are significantly higher, usually a minimum of 5,000,000 Korean Won (around 4,300 USD). The good news is that you’ll get your deposit back at the end of the housing contract. The bad news is, that’s still a huge chunk of change, and depending on your salary might be out of your price range. Those teaching English in South Korea for only a year may not find it worthwhile to find their own place for this reason.

In fact, my personal recommendation is that anyone on an E-2 Visa (English Teaching Visa) do not spend more than 5 million, or 10 million on a deposit for their own place. Because your visa is tied to your employer, if you quit or your job contract is terminated, it could lead to huge hassles in regards to your housing. Also be sure to register your address and a record of your deposit at your local city hall, or district office for larger cities. This will give you a degree of legal protection in case you have troubles with your landlord returning your deposit. However such situations are not that common.

Real Estate Agents - Types and Where to Find Them

Most of the apartments in the price range of English teachers in Seoul are typically one rooms or smaller places. Seoul is littered with giant apartment complexes - unfortunately the places here require a much higher deposit and financial investment than is possible for ESL teachers staying in Korea for a year or two. If you are long term expat in South Korea, married to a Korean national and trying to start a family, a nice apartment is something you’d definitely want to consider.

For the rest of us, it’s better to look elsewhere. Most real estate agents called BUDONGSAN in Korea - operate locally and will help you find apartments only in the immediate area. For that reason, if you see one in a giant apartment complex, that’s probably not where you want to look. Places with affordable housing include college areas such as Hongdae or the Kunkook University area, but most neighborhoods that are not highly desirable or very central will likely have affordable housing.

Show up at a budongsan in the area you want to live, and write down the price range you want for both the deposit and monthly rent. Bringing a Korean friend along can be handy if you can’t speak Korean well enough to do it yourself - as many real estate agents don't speak English. They will then show you around to nearby apartments that are available and give you the necessary information.

Note that it’s not impossible to find English speaking real estate agents, but typically Korean language ability is required for finding an apartment. There are, however, some options for English speakers. I actually managed to find an apartment on Craigslist, so it’s worth looking there if you feel more comfortable with an English speaking Korean.

Places where You Don’t Need a Deposit

There are a few areas in Seoul where you don’t need to pay a deposit upfront. However, the tradeoff is that monthly rent is significantly higher. These places are usually villas or temporary apartments - where most stay only for a few months. However it’s certainly possible to stay for a year or more. I found one on craigslist, and worked out a year contract with the landlord, who spoke English and whose family spent time in America.

The areas most likely to have this kind of housing are Gangnam, Itaewon, and Jamsil. You can also find them in college areas such as Hongdae and Kunkook University, though it’s not as common in those areas.

A goshiwon is a kind of guest house intended for students cramming for exams - such as university entrance exams, and English tests like the TOEFL. They are small and cramped - room sizes are no bigger than closets - and often have shared showers and bathrooms. Goshiwons also have free rice and other basic amenities. Staying in a goshiwon can be an excellent way to travel in South Korea on a budget. Typical costs of staying at a goshiwon can be as low as 300,000 a month, without any deposit whatsoever. Higher end ones run about 500 - 600,000 Korean won, and are often cleaner and nicer, with private bathrooms and showers.

Note that with lower end goshiwons you get what you pay for. While I was between jobs and traveling through Asia, I often stayed in a goshiwon during the times I was staying in South Korea. However, the paper thin walls and noise eventually got to be too much to bear, and I moved out to a more expensive one near Gangnam station. Note that lower end goshiwons are often populated by students and older Koreans who couldn’t afford housing otherwise, which means that there’s often noise and other courtesy issues to deal with. Nicer goshiwons, on the other hand, tend to have stricter rules and thus don’t have nearly as many problems.

Some ESL teachers in South Korea will stay in goshiwons while they are between jobs. Others, looking to save money during their time in Korea will stay at them during their employment contract with a Korean public school or hagwon. If you can tolerate the cheaper ones, they can be an excellent, cheap way to save money while having your own place - especially if you get a higher housing allowance as part of your job contract.

While free apartments are one of the best benefits of teaching in South Korea, some may want to venture out and find their own apartment in Seoul or other big cities. With a bit of money saved up and some precautions in mind, this is an easy thing to do and can give you a bit more independence on your overseas adventure.

The Best Sights in South Korea 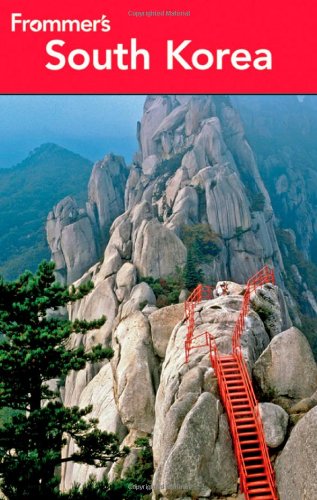 Frommer's South Korea (Frommer's Complete Guides) Amazon Price: $48.66 Buy Now(price as of Aug 6, 2016)
Whether you're an expat teaching English in South Korea, or you're a short term traveler, check out this guide for some of the best places to visit in Seoul and other parts of Korea.
Next >> A Punishing Hike to Mt. Ypsilon in Rocky Mountain National Park