How to Get Rid of Cockroaches In Your Home

There is not a more devious insect than the cockroach. They have plagued mankind since the dawn of man as far as we know. Creepily and widely known enough they also survive through radiation, they have probably been around since before the time of man and scientists think they will survive long past us. So how can you match such a beast in throwing them out of your house?

There are a few steps but the one very important bit is that you continue to lay down the traps or whatever you want to use. Just because you think they are gone doesn't mean they won't come back soon thinking they are out smarting you. If you kill them as they are coming in they seem to wise up and will leave you alone. Unless that is you are getting them from a neighboring apartment or something like that, in which case you are stuck with them unless you kill them all.

The absolute first thing most people will tell you is to lay out some sticky traps, they are just like the ones you find for mice. This will get a few of them but this isn't the goal. I know this is sort of disgusting to some of you, but you have to get a better look at them so you know what you are dealing with and know how to act accordingly.

Place the sticky traps in all different areas. Counting how many are caught in different areas will also let you know where their high traffic areas are so you can make sure to get them out of there.

I will name off some different kind of cockroaches, now you have to do a image search on Google or Yahoo whichever you prefer, and find out what kind you have. Use the names that I have provided below. Make sure to look at a bunch of images to properly identify your roach, this will make your work a lot easier.

Loves very wet environments, they will hide out in areas such as sewers, drains and under refrigerators. If you have a lot of decaying food in your garbage they are probably all over in there too. Obtain a humidifier and place one or a few around the house in the wetter areas on high. This will make it dry enough to dust on some boric acid, which should get rid of the ones that don't move out from the environment change.

They like it damp and warm. They are going to be a bit of a problem as they are one of the hardest to get rid of. But the same basic principle applies, since they like it damp. Simply use a humidifier for those wet areas then attempt to find their high traffic areas with the sticky traps and dust boric acid around there to get rid of the main chunk of them. The rest should scatter, but keep the boric acid out just in case. You don't want them to get out of control it is very hard to get rid of them at that point.

This roach is the most common in the states, so this is probably the one that you are plagued with. 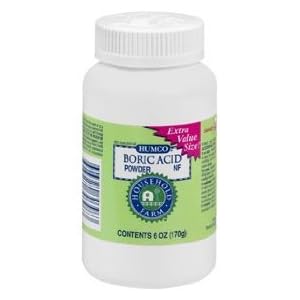 They like it nice and dry with a nice warm breeze. This is why they are usually found in heating

vents and furnaces. So simply laying out some borax laced roach bait in those areas should do

the trick. Make sure to check and clean those areas often too. They won't exactly pile up if they see a lot of dead roaches.

This is your typical out door cockroach, they usually feed on dead plant matter. So if you have a lot of that laying outside in your garden they are probably feasting on that then coming into your house for a nice little nap. So your best bet is to caulk at least the ground levels of your home and line the perimeter with a desiccant such as diatomaceous earth.

Prevent Them From Coming Back

Your best bet to ensure constant protection from roaches in the future is to simply lay out some sticky traps every now and then. If you catch a new one then consider re-sealing your home and starting this whole thing all over again depending on the type of roach you have.