How to Get the Legendary Swords in Destiny: The Taken King and How to Upgrade Them

Alongside all the other upgrades and new goodies in Destiny's newest expansion, The Taken King, is the addition of three new legendary swords. Like the Blade of Crota, the new swords in Destiny: The Taken King function as a heavy weapon imbued with one of the three elements. What makes them particularly useful and worth the effort to get, aside from their stats, is that they all possess an upgrade that allows them to guard better versus two of the three other elements. For example, the Sol Edge deals out Solar damage, but it guards better against Arc and Void damage. The downside is that it does not dampen any Solar damage.

While the Sol Edge, Void Edge and Arc Edge are all fairly easy to get, players do need to know where to get all the materials for it. The whole farm can easily be done within an hour. Unfortunately, the quests to upgrade the swords to their exotic form will take much longer.

The initial sword quest line is called A Broken Will, and is acquired from Eris Morn. To unlock it, players will first need to complete the main story missions of The Taken King as well as the Dread Patrol mission from Cayde-6 in the Hall of Guardians.

After completing Dread Patrol, Eris Morn will give you the quest, a firm pat on the bum, and tells you to go talk to Lord Shaxx, the Crucible guy.

Shaxx will send you out to grab him 25 Hadium Flakes and 10 Motes of Light. The motes are easy enough to find in Destiny classic, but players will need to head to Dreadnaught for the Hadium Flakes via the Level 35 Patrol.

Players will spawn in the Hull Breach, from there head forward to the middle of the area in front of you. If you look up, you’ll see a large ship that has crashed into the Dreadnaught, and below it you’ll find a ravine. If you follow that ravine you will end up in a winding tunnel that eventually delivers you to an area called the Mausoleum. Inside the Mausoleum is where you can grind out those Hadium Flakes quickly via opening chests. They are present in chests that spawn in other areas, but the Mausoleum has the most reliable farming route. There tends to only be two or three chests in this area, so keep doing laps and they will continue to respawn.

Before heading back to the Tower and talking to Shaxx once more, stop at your bank or go out and farm either 25 Spinmetal, 25 Helium Filaments or 25 Relic Iron.

After that is done, head back to Shaxx and you can pick one of the three swords. It's recommended to get one of each sword across all three characters, but each character must repeat the quest.

To unlock the second part of the sword quest line, players must have their legendary sword of choice completely upgraded. To do this, it must have been infused with around 280 attack to unlock the 5th perk.

Once A Sword Reforged has been unlocked, speak to Shaxx again. He will tell players to go out and kill 50 Majors (the can be taken, hive, ect) and 25 Guardians in the Crucible with your sword.

After you have suffered countless buckshot to the face trying to PvP with a sword, Shaxx will then instruct you to go kill Ecthar, Sword of Oryx on Dreadnaught Patrol.

Head to The Founts area of the Dreadnaught and drop down the first hole in the ground, circling around until you find the entrance to the middle room. Towards the back of the room sits three Warden Knights, each with a different elemental shield. After dispatching them, a large door will open to the Asylum. Inside, just kill enemies until Ecthar charges you. His shield can only be damaged by your sword. Also, be sure to make ample use of your sword's guard ability, he can be a bit of a handful without it.

Speak to Shaxx to complete the quest.

A Sword Reforged (Again, for the Exotic Upgrade)

Now that your legendary sword is all maxed out and bathed in blood, Shaxx will allow players to make it even more powerful through his next quest. From here, the quest splits into three clones, one for whatever sword players picked.

As for the kills, remember that they only count when done with the sword, not other weapons.

After completing this, return to Shaxx and he will inform you that the materials you need for the next step will arrive on the next Armsday delivery, essentially time-gating any further progress. After waiting, the next step is just as daunting as the previous.

All of these enemies are found in the Sunless Cell strike on Dreadnaught. However, this is the last step. After completing it, players will be rewarded with their fully upgraded exotic blade. 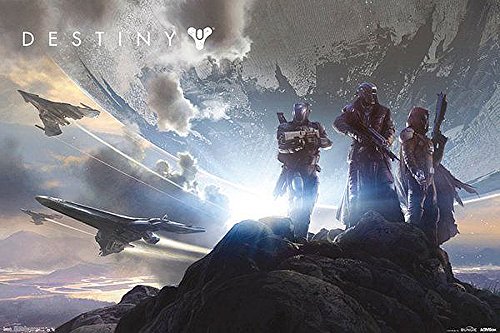