Visit my blog Girl Scout Leader and Follow me on Twitter! A leader's resource for all things related to Girl Scouts!  Craft ideas, troop meetings, field trips, and more!
InfoBarrel is a writing platform for non-fiction, reference-based, informative content. Opinions expressed by InfoBarrel writers are their own.
InfoBarrel > Lifestyle > Holidays & Celebrations

How to Go Faux Camping With Your Girl Scout Troop

You Can Camp in the Great Indoors!

Girl Scout camping is a lot of fun for those who love the great outdoors. The smell of pine trees, looking for items on a nature scavenger hunt, and sitting around a campfire eating smores as mosquitoes fly about are some people’s idea of a good time.

For the rest of us, camping overnight with a group of young girls in tents or in a rustic bunk is not the least bit appealing.

As a Girl Scout leader whose idea of roughing it is not having a mint on my pillow, I wanted to give my troop an idea of what camping is all about, but not actually go camping. They would be able to earn the Girl Scout Ways badge with this activity. A friend and frequent volunteer at my meetings came up with an idea that would permit the children to “camp” in a manner that I would find acceptable.

Our faux camping adventure was born!

Girls can earn a fun patchfor backyard camping, but I did not want to go that far. I emailed the school principals and asked if we could set up a tent in the school courtyard after school. Both were very enthusiastic about the prospect, and one even wanted to come on a real camping trip with us sometime. (she will be waiting a long time!)

We had made Sit Upons at a previous meeting so we would not get our bottoms wet or dirty as we sat outdoors. I told the girls to save them for our final meeting, but did not disclose why.

When the week of our faux Girl Scout camping adventure arrived, the weather was awful. It did not rain, it poured for five straight days. The ground was soaked, and I was left scrambling for a fun way to end our Brownie year together.

After discussing it with my friend, she said she could set up the tent indoors! We got the principal’s okay and I came up with some indoor activities for my girls.

The girls were buzzing as the tent got set up and we went about the start of our Brownie meeting with the Pledge of Allegiance, the Girl Scout Promise, and the Girl Scout Law

The first activity to help us earn the Girl Scout Ways Try It was to put the Girl Scout Law in order. For the past three years, we have said it at the start of our meeting. Could they do it without me?

Here is how to do this activity:

On the paper, I wrote one line of the Girl Scout Law. For the first half, I wrote the lines in green marker, and for the second half of the Law I wrote it in purple marker. That was the only helpful hint I gave them.

I only have ten girls in my troop, so I only needed two sets. If you have more, you might want to make a third set of papers so your groups working together are smaller.

I scrambled up each set of sentences and clipped them together.

After telling the children that they were going to put the Girl Scout Law in order, I divided the girls into teams and put them on different sides of the tent. Then they had to work together and put the sentence papers in order.

My co-leader and I were so proud when they did it! They cooperated to get the job done. Step one of our faux camping trip was complete.

For step two of our faux camping, we sat in the tent (on our Sit Upons) and did a story activity. I started with one sentence, and then the girls had to finish it. The only rules were that the story had to make sense, and all parts of the story had to be appropriate. No language or scenarios were to be used that they would not use in their classroom with their teacher.

We did this activity a few times, and then we were off to do the next one outside of the tent.

Our third faux camping activity was to learn how to play Chinese jump rope. Since I could not find one in a store, I made on myself. I went to the craft store and bought two feet of elastic that was one-half inch wide. I sewed the ends together with more stitches than I could count!

I was fortunate to have two extra volunteers to hold the rope at their ankles. After demonstrating how to play, they each took a turn. We played for several rounds, and as the children got more proficient, we raised the elastic higher and higher. After all of that jumping, the troop was hungry for the fourth Girl Scout Ways faux camping activity-making S'mores!

S'mores are usually made over an open campfire. Since that was not possible inside (or even outside) the school grounds, we made due with no cook S'mores. I also brought juice boxes for the girls to drink.

Here is how to make no-bake S'mores.

One or two tubs of chocolate frosting

I set out the ingredients, as well as paper plates, napkins, plastic spoons and plastic knives in a line on a table. After hand washing they made a line, made their smores, and took their snacks back into tent to eat. The girls loved it and went back for seconds and thirds.

Credit: mommymommymommyAfter eating our snack, my co-leader took lots of pictures for our Perpetual Girl Scout scrapbook. We learned responsibility by cleaning up all of the garbage and sweeping out the tent.

We closed out meeting with the Friendship Circle, Friendship Squeeze, and Friendship Song. Even though is it was faux camping, my troop enjoyed it immensely. Next fall, I hope to take them faux camping again in the great outdoors at our nearby park!

Cute Item to Give the Troop! 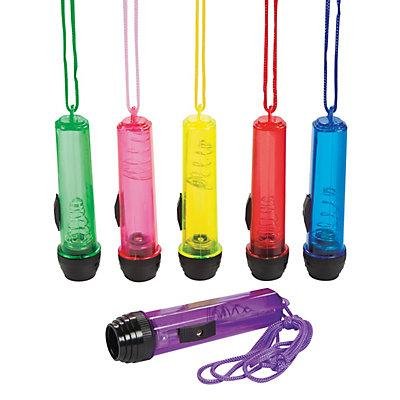