Thank you for visiting. Perhaps you might like other gardening articles by Tom on trying to grow potatoes via a Lazy Bed Potato. Maybe a garden raised bed design might interest you.
InfoBarrel is a writing platform for non-fiction, reference-based, informative content. Opinions expressed by InfoBarrel writers are their own.
InfoBarrel > Home & Garden > Gardening & Yard Care

How to Grow Potatoes in a Barrel

Using a barrel to sow and grow your potatoes is a great idea especially if you are stuck for space. The barrel can be anything really so long as it contains the soil and more importantly allows excess water to drain away near the base. I began planting spuds in a barrel almost by chance as I had been using the barrel to collect rainwater from the roof of my house. I used this water on my vegetable patches as it is better that tap water and as a bonus it is completely free. This is important as many countries charge for water consumption via a water meter which gets installed near to the mains water scheme.

My water barrel froze badly a number of winters ago and the ice was so thick that it caused a crack in the barrel at its base. I was about to dispose of it as it was useless for water when I realized that it still had so life in it for potato growing. The beauty of this particular barrel was that it already had the drainage holes due to the cracked bottom.

Seed potatoes are best but old for the table spuds that have started chitting will work too. The chitting is the small eyes of the potato that start to sprout. This is where the new plant will grow from. Put some soil or a soil and manure mix at the bottom of the barrel or add some material from your compost pile. As little as 6 inches will do. Place your seed potatoes into the soil, one spud in the middle and the remainder around the sides of the tub or barrel.

A regular trash can size will take six plants, the center one will be orbited by the other five plants. Fewer plants will produce bigger potatoes but experience after a few years will guide you as to how many plants to use in a given barrel or tub. That’s it for now, your potatoes are planted. You can lightly water them at this point. As soon as the plants begin to show (after perhaaps 3 weeks) you can water them well.

Potato Grow Bags from Amazon for less than $10

Because the barrel will get too heavy to move later on do make sure that you have selected a good spot for it as part of your overall garden planning and maintenance activities. Potatoes like 6 to 8 hours of sunshine daily to grow well. A plentiful supply of earth or soil will be required near to the barrel.

Keep an eye on it in the following weeks and when the plants peep through add more soil. This is called earthing up. Continue adding soil as the plants grow up and make sure to water them regularly. If you live in an area with plenty of rain you won’t even have to do this. When the barrel is full you simply leave the plant to flourish.

When the potato plant leaves turn yellow (withered) you can reap what you have sown. Growing them this way is becoming more popular, especially in tight yards and limited spaces. Another advantage is when you collect the spuds because it is so easy the dig down through the barrel and harvest the goodies. I used a black plastic barrel, as shown, and found that black drew the heat very well and provided a bumper crop.

How to grow potatoes in bags, pots or sacksThe trashcan and barrel work really well but a strong plastic sack is successful too. The growing principal is the same; just make sure you puncture a few holes low down in the sack. It is possible to buy potato tubs and sacks from retailers but in reality it is so easy to make your own.

Wooden crate and boxes have been used and once you remember drainage then any container strong enough will do. Old car tires stacked one on top of the other also work for potato growing (3 tires high is usually enough).

Any old recepticle will do so, be inventive. If it does not work well this year then try another method next time. Don't forget that the tubs/barrels/containers can be used year after year. 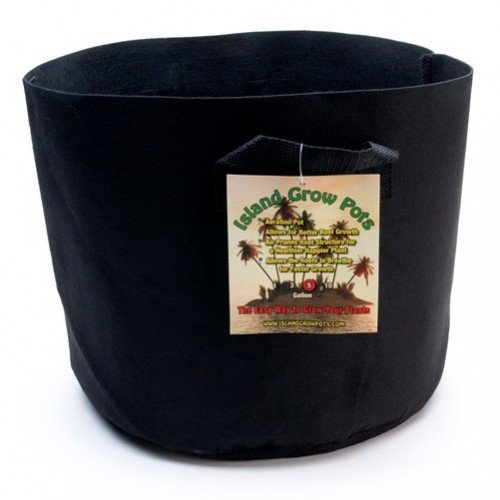 If you have a garden or large lawn area then you might light to grow potatoes using lazy beds or if you prefer the traditional methods you can make drills beforehand. Whichever method you decide to try you will have the benefit of benefit of beautiful potato meals for many weeks. You can grow potatoes indoors too but an outhouse or garage is a better option as potatoes flourish well if they are watered and ideally you do not want to have to clean up water spillages. 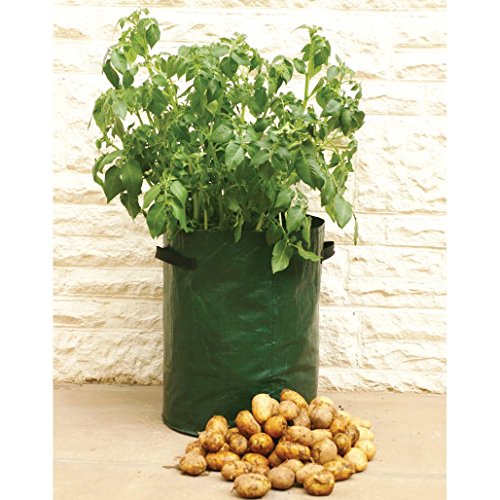 Why not try some new ones this year

There are so many varieties of potatoes to choose and I suggest that you try out new ones every year.  Early crops must be used as they won’t store well but if you are planting only a few barrels then this is not a concern. I am experimenting this year with older, rarer varieties such as Cups and Irish Apple. This is apart from my usual Bambino and Golden Wonders. There are over 200 varieties of potato that I know of, such as the Pixie, Highland Burgundy Red, British Queens and Peru Pinks and Purples but I suspect that there are many more varieties in existence throughout the world.

Growing potatoes is great fun so if you have never tried before I hope some of these growing suggestions will help you to get started. Keep an eye out for a disused barrel in the yard or garden and then put it to good use again growing potatoes. 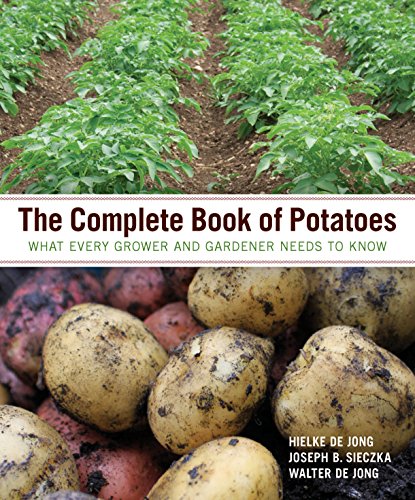 The Complete Book of Potatoes: What Every Grower and Gardener Needs to Know Amazon Price: $34.95 $19.92 Buy Now(price as of Jul 10, 2016)
Next >> How to Keep Raccoons Out of the Garden - Don't Let Your Yard be Their Midnight Buffet