Find me on Google+ Like what you see? Think you can do better? Sign up for InfoBarrel!
InfoBarrel is a writing platform for non-fiction, reference-based, informative content. Opinions expressed by InfoBarrel writers are their own.
InfoBarrel > Lifestyle > Dating & Relationships

As a professional musician, I often get some really odd requests and a lot of times people cannot understand why their simple, friendly request gets me so hot under the collar. There's a simple explanation for that, and it is because their requests violate basic etiquette and social norms. However, the people who make those requests refuse to see that this is the case. So here is a primer on how to make sure your musician friend never speaks to you again.

Ask Them to Perform for Free

Whether it's the ubiquitous "Oh, just sing one note" (that's never enough), or some other demand, just like anyone else, professional musicians expect to be paid for their work, just like anyone else. Nobody is demanding that CPAs or doctors give out free samples. Yes, it's true that those occupations aren't nearly as entertaining for the casual bystander, but it doesn't make a difference.

In my networking groups, I often (as CPAs and lawyers do) give general advice on music, vocal health, music lessons, and the like. But I cannot number the times people have come up to me and suggested (as if nobody had ever thought of it before) that I sing for the group. They are always surprised when I refuse. Here's why: 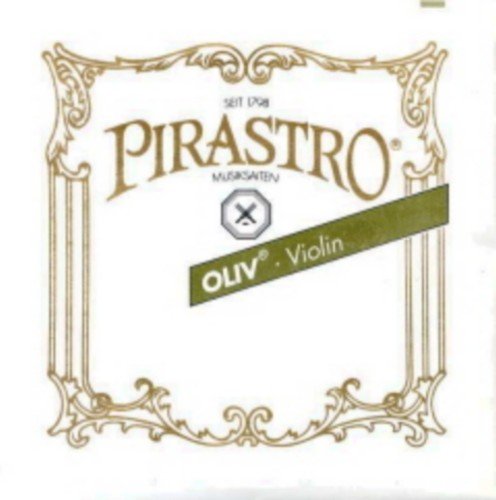 CUERDAS VIOLIN - Pirastro (Oliv 211021) (Juego Completo) Medium Violin 4/4 Amazon Price: $222.83 Buy Now(price as of Dec 18, 2016)
This set of strings will last the typical violinist about six weeks and then they will have to be replaced with a new set. Some string players use a different brand for each string pitch because that is what works best for their instrument. In that case the price can be up to $80 per individual string, that again will have to be replaced in about six weeks.

Invite them to a party and ask them to perform

Now you've put the musician in a quandary: do they maintain their integrity and publicly humiliate you by refusing, or perform and resent you forever? Either way is likely to cause bad feelings for someone, and when added to the daily insults most musicians face, can end a friendship permanently. Especially don't pretend that your friend is the guest of honor at a dinner party and then ask them to play or sing for their supper!

Say, "I want to hear you perform"

People often tell musicians how much they want to hear them perform, but they assume that they will not have to buy a ticket and are offended when a musician suggests it. They are even more offended when the musician pulls out a CD and offers to sell it to them! The other assumption that many people make is that every performance a musician is engaged for is somehow open to the public, as if they never work at wedding receptions, private parties, funerals, closed church services, and other venues not open to the public.

As much as you might think it would be fun to "just play music all the time," remember that your friend has to pay the bills, and this is their day job, not a fun pastime. Asking them to perform for free is equivalent to asking any other professional to provide you with their services for free. Don't do it.

(By the way, don't offer to let your massage therapist friend "practice" on you for free, either. You'll get an earful.)

Next >> Date Ideas in Small Towns and Rural California