Check out my other articles on InfoBarrel. Looking for an additional source of income? Write for InfoBarrel today :)
InfoBarrel is a writing platform for non-fiction, reference-based, informative content. Opinions expressed by InfoBarrel writers are their own.
InfoBarrel > Travel & Places > Places > Japan

How to Start Learning Japanese

If you want to know how to start learning Japanese, this guide will show you a few things you can begin with. You can read the sections sequentially or jump right into the parts that you need.

How to Start Learning Japanese - Hiragana and Katakana

Hiragana is the most important thing a beginner should know when they start learning Japanese. It is kind of like the alphabet in English and tells you how to pronounce Japanese words. Remember memorizing the alphabet when you first learnt English? It's the same thing you'll have to do with Japanese.

For example, the English word "data" written in katakana is:

This translates into a Japanese pronunciation that is similar to that in English.

The hiragana and katakana are also collectively referred to as kana

Romaji is a representation of Japanese language in Latin alphabet.Â This is sometimes helpful if you forget what a kana sounds like and have no access to the audio, but it's better to just memorize hiragana and katanana so you associate the correct sounds with the kana instead of trying to pronounce it like it's English.

Kana chart with hiragana on the left and katakana on the right and the romaji in red below.

How to learn hiragana and katakana

Practise writing the kana on paper with the correct stroke order

Japanese characters are best written in a certain order. Most if not all kana practice books show you the correct way to write each character. You can also find the proper stroke orders in many online dictionaries and free kana charts.

Stick a hiragana and katakana chart on your wall

One of the best things I did when I first started learning Japanese was to stick a kana chart on my wall. Every time I forgot a kana, all I had to do was look at the wall and it definitely helped me memorize them faster. There are many free kana charts available on the internet that you can easily print out and stick on a wall.

Use flashcards to associate the kana with images

A good set of flashcards with the proper stroke order, images, and associated words will help you learn the hiragana and katakana faster. The more things you can associate with a kana, the better you will be able to remember it.

Watch a Japanese "alphabet" song on YouTube. Here's one:

Kanji are Chinese characters which are adopted into the Japanese writing system.Â Most Japanese writing is done in a combination of kanji and hiragana. There are 2136 regular-use kanji but don't worry about learning them all at once.

Unlike the hiragana and katakana, kanji represents meaning and not sounds. You can replace a kanji with hiragana too. For example, the kanji for "rain" is written this way:

Or you can just write it in hiragana below:

The hiragana tells you how to pronounce the word "rain" in Japanese but the kanji does not provide any information on what the word sounds like. Some textbooks or Japanese children's books write the hiragana on top of the kanji as a reading aid.

Kanji helps differentiate between words that sound the same. There are many homonyms in Japanese and it would be difficult to know which is which without context if you did not use kanji. Back to the example about rain, the hiragana that is written for "rain" can also mean "candy". If you were to use the kanji instead, it would be absolutely clear what you were referring to.

How to learn kanji

Get a good basic Japanese textbook

You'll want a textbook that doesn't just teach kanji but also basic grammar and vocabulary. Learning kanji in context is important because it's easier to remember what a kanji means when you read it as part of a sentence.

Know the correct stroke order and practise writing on paper

Like hiragana and katakana, there is a specific order to write the strokes in kanji. Most if not all textbooks that teach kanji will show the stroke orders and will also provide square boxes for writing practise too.

Use a picture dictionary to remember the kanji better

Picture dictionaries are not just for children. They are great for learning kanji (and vocabulary) too. I find a picture dictionary especially useful if you are just starting out because most of the basic kanji you learn in beginner textbooks are nouns or simple actions that can be represented with a picture. 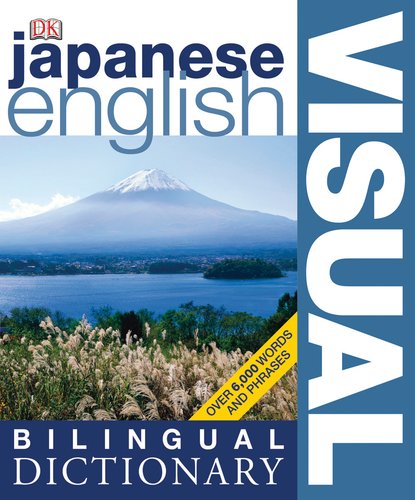 What Do I Do Next?

Now that you know how to start learning Japanese, these are the things you can do concurrently or after you've memorized at least the hiragana and katakana.

Get help and feedback on your learning

Having someone to clarify your doubts and get feedback from will speed up your Japanese learning tremedrously. You could join a japanese language class, get a private tutor, ask a friend, or simply participate in an online forum where people are learning Japanese to get feedback.

The JLPT tests your vocabulary, grammar, reading and listening so it's pretty comprehensive. There are 5 levels, beginning with the easiest one at N5 and ending with N1. I find that studying for the JLPT gives my Japanese language studies a structure so I know what I should be learning at any point in time.

Next >> Facts and Myths About Japan