As well as being an avid writer, I am also an enthusiastic gamer, anime fan, movie buff, and love of all things strange. Being as I live with a boyfriend, I am also particularly knowledgeable about cleaning and cooking. You can join me in my adventure of writing for money here at Infobarrel. Sign Up today! Also, I wrote a book! Check out The Guild today!
InfoBarrel is a writing platform for non-fiction, reference-based, informative content. Opinions expressed by InfoBarrel writers are their own.
InfoBarrel > Lifestyle > Food & Drink > Cooking & Mixology > Foods

How to Make Homemade Soft Pretzel Bites and Beer Cheese

When you think about a snack of soft pretzels, you think of standing in line at the State Fair or Auntie Anne's for some expensive, but admittedly good, fresh pretzels. At very least, you think about those frozen soft pretzels in the freezer section of the grocery store that are okay in quality, but there's like six unsatisfying, tiny pretzels in a box. Somewhere along the line, I, like some many others, thought soft pretzels were really difficult to make. You know, like the kind of snack that you have to make your own bread dough for, and who has time for that? However, I was enlightened recently after talking to a chef friend. Apparently, you can use just about any pre-made dough, and so long as it is prepared right, it will make just amazingly easy soft pretzels. Of course, they can also be turned into regular pretzel and hard pretzel bites just as easily.

Are you ready to have a whole world of homemade pretzel opportunities opened up to you?

How to Make Homemade Soft Pretzels

Surprisingly simple to make, you might even have the ingredients to make your own soft pretzels sitting around your home right now.

For this version, I used some frozen loaves of bread, but I’ve seen recipes that use pizza dough as well. When working with any sort of frozen bread, don’t let it sit too long. It doesn’t need time for the yeast to activate and rise, the dough just needs to be thawed enough so that you can mold it. At that point, you can either pick it apart with your fingers, or roll it out and cut it into about half-inch pieces. I picked the dough apart, which made for less photogenic (but still just as tasty) pieces.

Next, take your nine cups of water and half cup of baking soda and combine. Bring the mixture to a rolling boil. Take my advice and don’t use a pan in which you have the water almost up to the rim. The boiling baking soda water fizzes up a bit.

Anyway, after the water reaches a boil, plop 10 or so dough balls inside and let bo

il for 20 seconds. This may seem a small and easily negligible step, but it is probably the most important one since it gives the dough that pretzel-y flavor as well as creates the tough chewy skin.

After their quick 20-second dip, remove the dough balls with a slotted spoon. If you are cooking a lot, the dough can sit for a spell after being boiled, but they will clump together if piled together too long.

After boiling, place your dough balls on a baking sheet lined with parchment paper to prevent sticking. The dough won’t rise much during the baking process, so you can squeeze them fairly close together.

Coat each dough ball with beaten egg and sprinkle liberally with salt. Coarse ground salt works best, but average table salt is fine too, just not as pretty looking. (I used table salt.)Bake at 350 degrees for 15 minutes or until a nice golden, pretzel color brown. The bites will remain soft for a few hours if left out uncovered, but they will eventually harden and turn into still-delicious regular pretzels.

How to Make Beer Cheese

Not unlike the soft pretzel bites, making beer cheese is simple too.

What You Will Need:

Start by melting your butter in a saucepan. After it is melted, add in the minced garlic. Fresh is best, but minced garlic from a jar or tube is fine too. Let it cook in the butter for a few seconds just to get that aromatic effect.

Now add in your velveeta that was cut into half-inch cubes. Give it a quick stir and pour in your beer, slowly pouring the beer so it doesn’t fizz too much. Stir frequently to make sure the cheese doesn’t burn onto the bottom. Soon it will be smooth and creamy and ready to be served. Eat immediately, or else a skin begins to form on the surface.

As for what beer to use, pick one that you like, but also has a strong flavor. I used Killian’s Irish Red because it is my favorite and meets the criteria, but brews like Newcastle or Guinness will work too. This is one time you want a good strong, heavy beer so it doesn’t get overwhelmed by the garlic flavor.

It is also worth noting that what I have pictured here was made with only a half bottle of beer and half a block of velveeta, as I used the other half for some less successful experimental mac and cheese. It was an ample amount for two people and was extremely filling, though that was likely mostly due to the bread.

For those who don’t care for velveeta (and I can’t blame you, it is a bit unnerving), this can easily be replicated with a more natural cheese sauce using actual melted cheese, though velveeta is less finicky. However, the cheese sauce can also be made with a number of other flavors that aren’t garlicky beer cheese. Try adding some chilli pepper or jalapenos for a spicy kick, or some mustard for a good bit of tanginess. What is great about this recipe is that it is so simple that it can easily be modified into something wholly unique. 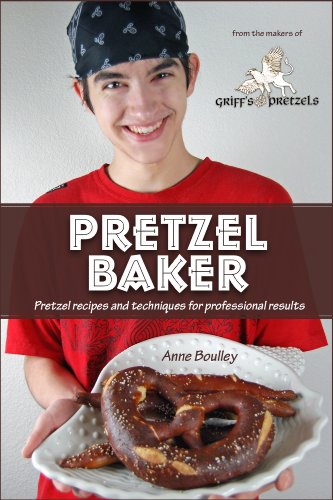