Ready to start listening to books?  The 5 Best Business Books on Audible is a great follow up.
InfoBarrel is a writing platform for non-fiction, reference-based, informative content. Opinions expressed by InfoBarrel writers are their own.
InfoBarrel > Lifestyle > Food & Drink > Cooking & Mixology > Foods

How to Make Perfect Grilled Chicken on the George Foreman Grill

Cooking chicken perfectly every time on the George Foreman grill?

When I was younger and working in various restaurants, I scoffed at the idea of owning a "George Foreman Lean, Mean, Grilling Machine."  I thought the idea of grilling food indoors, on a grill that cooked simultaneously from the top and the bottom, and a relatively inexpensive grill at that, was just absurd.  It was hardly worthy of the term "gourmet", and certainly not worthy of my time and attention.

Two things changed my perception dramatically over the years.  The first was working in a restaurant that had an ultra-expensive grill that broiled from the top while simultaneously grilling it from the bottom.  I learned how to use this tool not only to efficiently grill steaks, fish, and chicken quickly, but also how to seal in flavor in a better manner (more rapid searing means less of the juices are likely to squirt out during cooking).  The second "aha" moment was when I bought my first home and realized that cooking outside on a charcoal grill, while fun and rewarding, was somewhat impractical, given the fact that mosquitos absolutely love both my back yard and my flesh more than just about anything.  Hence, my brain started working on ways to leverage the Foreman grill to my advantage, especially with chicken.

I came up with the following plan after years of working in various restaurants, as mentioned above.  Half of the ideas were liberally lifted from my experiences in said vocation, but the other half were gleaned on my own, after a year or so of my own experience of trial and error with my George Foreman grill.  I can assure you that many mistakes were made in the name of science, but fear not, gentle reader -- I am here to help you not to make the same mistakes I made!  Here's how I make perfectly grilled chicken on the Foreman grill in three simple steps anyone can follow.

The first step to making absolutely perfect chicken on the George Foreman grill is to marinate the bird.  Start with boneless, skinless chicken breasts from your grocery store (or from Costco, if you decide you want to buy in serious bulk!).  In the above picture, I've marinated one breast per small sandwich bag, but you can get gallon bags and marinate 3 or 4 breasts in a bag.  Alternatively, you can use a Tupperware container or anything else that has an airtight seal.

Pour some Italian dressing in the bag with the chicken breast.  The Italian dressing does NOT need to be of any sort of expensive or fancy variety -- trust me on this; I've tried dozens of blind experiments, and when it comes to marinade, cheap is fantastic.  When it comes to what you're putting on your salad, that's another story, but for marinating chicken you're going to grill, reach for affordability.  You should be able to find a bottle of Italian dressing for around $2.00.  Each time you grill, you should use no more than 1/4 of a bottle, so the whole batch should only run you the cost of the chicken plus 50 cents total.

Let the chicken marinate at least overnight.  12 hours lets the chicken itself start to "cook" just a hair in the marinade, but it also gives it ample time to absorb all the flavors.  If you're in a pinch, you can just coat both sides in dressing and grill immediately, but the result won't be ideal.

A great example of affordable marinade for chicken

The grilling process itself can obviously make or break the flavor and consistency of your grilled chicken.  Start by plugging in your "lil' George" (I just made that up) and leaving it alone for at least five minutes (shouldn't take much longer than this).  Once the light goes out, you're ready to roll.  Make sure the drip pan is in place at the bottom of the grill, and open that bad boy up.

Position the chicken breasts on the grill-- the marinade should provide a little bit of traction, as the heat causes the chicken to stick to the grill just a little bit.  Now close the grill and set a timer for four minutes.  Take this time to wash your hands or any other dishes in the area.

When the timer goes off, lift the grill open, and, using tongs, rotate the chicken breasts 90 degrees.  This part is important, because the Foreman grill tends to burn the outside of chicken if you leave it in one spot during the grilling process.  I've found that rotating the bird about halfway virtually eliminates this.  Close the grill and set the timer for four more minutes.

Open the grill and unplug it, and remove the chicken.  That's it!  You can check the chicken with a meat thermometer if you have one- just stick it in to the thickest part of the largest breast.  It should read 165 or higher.  If so, you're done.  If not, let it cook for just a bit longer while unplugged.  The chicken will continue to cook, but it won't burn the outside.

The "turn", one of the most important aspects of grilling

I include cleaning the grill in the process because the entire thing is supposed to be really easy, and if it isn't, you're not going to be encouraged to grill on the Foreman.  I like to let the grill cool down for about 5 minutes, and then I take a paper towel and fold it so that the folds are the same width as the ridges in the grill (see the photo for an example). Run this folded paper towel along the grooves of the grill until 90% of the gunk is gone from there.  Now go sit down and eat.  This 3 minute step will save you 20 minutes of scrubbing later on!  Come back after dinner, and put the open George in your sink, making sure the plug is dangling down to the ground in front of the sink (this can be a little tricky).  Just wash it like a dish now, using dish soap and a sponge.  You should be able to get the grill completely clean in this manner, but even if you don't, you can add an additional step:   set the still wet grill down on your countertop, and make another folded paper towel like the previous one.  Use this to run along the grooves again to make sure there's no leftover grease or gunk on your grill.  If there is, just repeat the soap-and-sponge step.  The whole cleanup process shouldn't take more than 10 minutes max.

I love good food, and I also value my time.  If you're like me, you'll appreciate this labor and time saving process that still allows you and your family to enjoy great grilled chicken, without spending tons of time and energy in the kitchen!  There are quite a few variations on this theme as well, and if you use your imagination, I bet you'll come up with a few of your own.  Using the simple three steps outline above should help you out in getting started, though, and I hope you make some great grilled chicken! 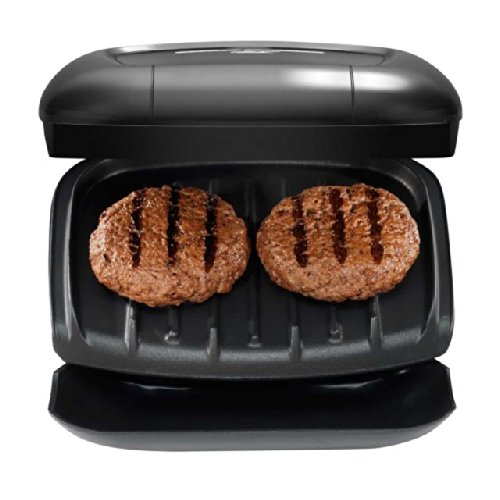