Lots of people know how to make a margarita or cosmopolitan, but why not take it a step further and learn how to make triple sec, a key ingredient of both? Cointreau and Grand Marnier, two brands of triple sec orange liqueur, are widely regarded as the best, but being on the pricey side makes them difficult to replenish in your home bar too frequently. Triple sec is quite a common ingredient in many cocktails, so making it at home can be a good thing.

What is Triple Sec?

Triple sec is a sweet orange flavored liqueur that is normally either brandy-based and darker orange in color, or vodka-based and light orange in color. The alcohol content is somewhere between 15% and 40%, depending on the brand. Grand Marnier is a top-shelf brand with a brandy base, while Cointreau is top rated among vodka-based ones. Blue Curacao is another type of Triple sec that is blue colored and slightly sweeter than the others. The orange flavor usually comes from a mix of dried bitter orange peel of the Curacao orange from the Caribbean and sweet orange peel.

Triple sec is used as an ingredient in many cocktails, making it a must have in any bar. Most bartenders use a generic variety and the quality can vary greatly, however, the top-shelf ones are good enough to be had on their own as aperitifs or digestifs. Because of its sweet nature, it is also used to flavor desserts and cakes.

Why Would You Make Your Own?

Granted, you can easily get a triple sec almost anywhere, but there are a few reasons to try making your own.

Now that I’ve got your attention, here’s my easy recipe for about 4 cups of a very good triple sec. In this one, I’ve split the alcohol to use 50% vodka and 50% brandy, but if you’d rather have a pure base of either one, feel free to pick just one. Using a mix of both makes a more versatile liqueur, as I mentioned above.

You’ll need a sealable container to steep the orange peels in the alcohol, a saucepan to make the sugar syrup and sterilized storage containers for the finished liqueur.

Note: You don’t have to use expensive brandy or vodka to get a good liqueur. The flavor of the other ingredients will infuse the drink and you won’t notice the harsher alcohol.

What Is the Shelf Life of Triple Sec and How Do You Store It?

Once the drink is ready, it will keep for up to a year at room temperature. The flavors are at their best in the first three months, after which they become a little mellow. Shake it thoroughly before you pour.

You can use any sealable glass bottle that is clean, sterilized and dry. I find flip top bottles to be best, as they can be reused quite a few times, but really any glass bottles with stoppers are fine. For mass gifting, it’s best to buy a pack of them.

Desserts and Drinks to Make With Triple Sec

Once you see the number of ways you can use triple sec, you’ll be sure to put your homemade brew to good use. In terms of cocktails, almost anything that requires a sour will have triple sec as an ingredient. Cosmopolitans, sidecars, margaritas, sangrias, B-52s and more can be made with it. 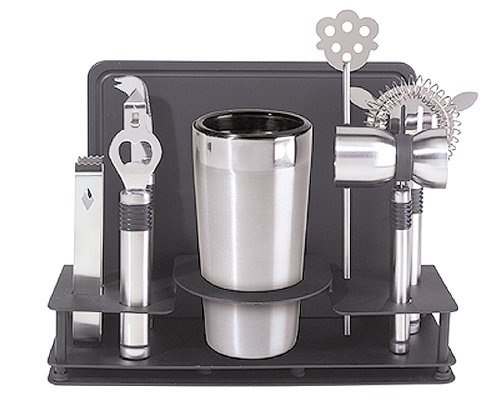 Once you know how to make triple sec orange liqueur, the possibilities are endless and you may find yourself making more very soon! In fact, you can expand your bar by learning how to make Bailey's Irish Cream!

More from this author...

Appetizers For a Crowd - These Culinary Destinations Do it Best