I am a blogger, a world traveller, a 20 something app millionaire, a New York times best-selling author and am often referred to as 'the  enlightened one'. Actually, I am on the path to the above and use this line as an affirmation - a la 'Law of Attraction'. You can anytime involve me in a discussion on a spiritual topic like, ' Our purpose in life' or a finance topic like, 'World economy' (bad influence from the finance background). I am fascinated by the idea of a mobile lifestyle and want to live my life getting cool experiences while traveling around the world or in other words - Hacking Life
InfoBarrel is a writing platform for non-fiction, reference-based, informative content. Opinions expressed by InfoBarrel writers are their own.
InfoBarrel > Business & Money

How to Make a Million Dollars - The App Way

Have you ever wondered how would your lifestyle change if you were making a million dollars a year? What if you can trek with Aborigines across the desert, hike the Rocky Mountains, get certified in solo skydiving, heli-ski in Whistler Canada and see your favorite team play in the NBA finals from courtside seats. This is the lifestyle of Chad Mureta – a 20 something entrepreneur running his own app business or appreneur, who travels the world while running his business from iPhone.

For his next adventure, he plans to spend 3 months at a time in 9 places he has always wanted to visit. This includes learning martial art in Buenos Aires, Argentina; dancing salsa in Bogotá, Colombia; running with the bulls in Pamplona, Spain; and riding gondolas on the canals of Venice, Italy. Add to that, just 2 years back, this guy was on his deathbed having suffered a fatal car accident and trapped in $100,000 debt of medical bills. This truly looks like a script for a Hollywood movie. So how did Chad climb out of that hole and start flying?

After passing out from college, Chad had started multiple businesses and failed. His last business was in real estate which he started just before the Global Depression of 2008. No wonder, the business didn’t do well. He used to spend 18 hour work days, figuring out how to make it work. One day his friend convinced him to go to a basketball game, and suddenly it him what he was missing. People here were excited about life and then he realized there was something terribly wrong with his. While coming back he was depressed and tired. He was about to sleep on the wheel, when suddenly a deer came on the road and he severely damaged his arm in the ensuing accident. It took multiple operations and 18 months of painful rehabilitation to get back to normal. But if you ask Chad, that was the best thing that could have happened to him.

While he was lying in the hospital bed, thinking about how to pay the medical bills, one of his friends gave him an article on appreneurship or how people are making money selling apps. He had just got his new iPhone and with nothing worthwhile to do lying on the hospital bed, he started downloading and using apps. While at hospital, he was concerned about doctors going through his iPhone when he was in a medicated state. The idea for a FingerPrint Security App then struck him. And the rest is history. Chad's one dollar app was downloaded more than a million times and was followed by another best selling app - Emoji. Emoji was the first app that gave you access to add smileys or emoticons in your messages. Those 2 apps combined were downloaded for more than 50 million times and Chad has never looked back since then. In a period of 3 years, Chad has created 46 apps, which have been downloaded over 35 million times worldwide.

I can already hear the pessimists retorting, “Oh! But he was a programming genius, an outstanding coder. But we don’t have those skills.” Actually, he never learnt coding. In fact, he still doesn’t know how to code. He just hires programmers on virtual assistant sites like Elance or Odesk, and gives them the design and the functionality of the app desired, while paying only a fraction of the cost. His company only has one employee, him. However, there are millions of apps on the internet and thousands of programmers who are coming out with new apps every day. Only a handful of them ever make serious money. In that case, how can one be sure that it can help you make those million dollars?

There is a reason Chad Mureta has been so successful, while others are just scraping the surface – Market Research and Marketing. Two big words! Let’s go into the detail one-by-one.

Market Research in app business is nothing but reading the sentiment of the app market. Mainly, scanning through the top apps in Google Play and iTunes to see which are the most popular or the highest grossing apps. Also, do not go by the top 10 apps because you won’t be able to replace them. Instead look at the apps somewhere around the 30s and the 40s. Also for the first month, do not start making apps. Just keep following the app market to see what’s hot. When you see an app that there at the top, download it and try to see what is it that is making the users fall in love with the app. Is it the graphics, the game play, the utility, the entertainment, the connectivity with friends, the rewards or bonus and note down the Unique Selling Point (USP) of the app. Overtime, you will start spotting trends on why an app is so popular or what is missing in another apps. When you do, you have hit the jackpot.

Now you can hire a programmer on one of the virtual assistant sites and sign a non-disclosure (NDA) contract and just tell him what you are looking for. A lot of programmers waste their time in coming up with new ideas for apps, just to discover there was no demand for those apps at all. Also, a lot of people become depressed when they see there are apps already in the marketplace along the lines of what they are thinking. In fact, they should be excited that there is already a market ready for their app.

Marketing is the second most important segment in getting a killer app out there. Every day Apple and Google are burdened are with hundreds of app uploads on their websites. With so many apps coming each day, it is just impossible for users to go through each app on the market. So many programmers with such killer apps often don’t market their apps and give up on the poor response. Apps are just like any other product in the market like a cola or soap. Companies like Coca Cola and Procter & Gamble spend millions of dollars advertising their product. You don’t’ have to spend a million dollars to market your app but you can surely spend some time on marketing on your apps well. This is another area where Chad is a total gangster.

He describes a 3 step process for giving that Sex-appeal to your apps:

1. For each app, research the App Store for icons, titles, keywords, categories, descriptions, and screenshots of successful competitor apps and then come up with your own.

2. Create free apps as a part of your marketing strategy.

3. Systematically tweak your app marketing till you hit the desired results.

Once you have done a proper market research, spotted that killer idea and marketed it well, it then becomes a job of keeping score. Sign up for AppFigures or App Annie where you can track the number of downloads, your revenue, position of your app – if it has gone up or down and various other statistics to monitor your app. All these apps work on your smartphone, so you can track the results from anywhere.

So with all the tricks in the bag, start your journey to becoming an app millionaire and live the ultimate mobile lifestyle. Keep making 7 figure income while you are planning out a trip to the Seven Wonders of the World with your family or sipping coconut water at a beach in Bali. ‘Make Money, Have a Life and Let Technology Work for You.’ 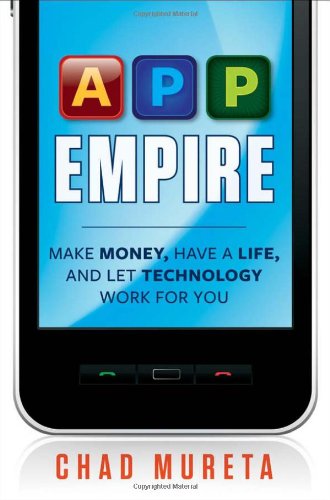