How to Mobile Phone Shop - A Step By Step Guide

Looking to get the right mobile for the right price? Then look no further. Today we're giving you a simple step by step guide so that you can get the mobile you want for a great price. So if you're mobile shopping, just follow these steps...

It's pretty easy to get drawn into marketing and end up paying more than you wanted to for a phone just because it's cool. Deciding on your budget beforehand will help prevent this. There are plenty of phones available in all kinds of price categories. As a general rule of thumb for top end models you're looking at paying over five hundred pounds, for mid-range models prices go from two hundred to about three hundred and fifty pounds, and a budget model should be under a hundred and fifty.

Other than price, the easiest way to divide phones up into groups is by operating system. Just like your home computer, which is probably either Windows or Apple iOS, your phone requires an operating system. You have four choices. If you're set on an iPhone you're going to get Apple's iOS, which is easy to use, fast and perfect for beginners since there's practically no learning curve. Blackberry lovers are going to get RIM, which is slightly clunkier to use than other systems, but has a lot of good scheduling and business software attached to it. Your other two choices are Windows and Android. Android is the most popular system, and it's fast and easy to use, plus you'll have lots of choice when it comes to Android phones. Windows is growing in popularity these days and can be a good choice if you're used to using a Windows home computer. It also has good software for photographers. If you're not sure which one to go for, go to a mobile store and play around with a few of the phones until you find a system that you're comfortable with.

All mobile phones come with spec sheets that are basically a list of the features of the phone. To make sure that you're getting a decent phone for a good price you're going to have to take a look at some specs for different models to see what you're buying. This is important because the specs are going to determine how well your phone performs and therefore how satisfied you are with it. The important specs for a decent mid-range phone should be something like this: processor or CPU around 1 GHz (or 1000 MHz), screen size around four and a half inches, internal memory around 8 to 16 GB, RAM about 1 GB and camera around 8 MP. Top end phones should have specs that are higher than this (particularly processor specs), and budget phones will obviously have lower specs than this.

Once you've found a few phones that meet your specs you might want to compare the models to see how they hold up against each other. This is simple. There are plenty of online sites that let you put in two phone models and then give you a chart that compares them. You can then choose a phone that best meets your needs. For example, if you like taking a lot of pictures with your phone then go for the one that has the best camera. If you want to store a lot of music on your device, go for the one that has the biggest internal memory. Comparing models will let you easily see which one is best, and then you can make your decision.

To get the best smartphone deals on the phone you want you're going to have to do a little more work online. This time find a price comparison web site and enter the phone model that you're looking for. You'll get a list of retailers and the selling price of the phone and you can choose the cheapest reputable offer. Note that this might not be the cheapest overall offer. There are lots of smartphone deals on the market, but not all of them come from great sources. It's best to deal with major electronics retailers, manufacturers or mobile operators, so you'll know that you're getting a good product at a good price. You might pay slightly more, but you'll get a warranty and be able to return your phone if something goes wrong. In general, you're going to get the best prices if you shop online. Online buyers often get discounts that physical buyers don't. You might want to go out and take a look at the phone you're buying before purchasing it online, however, just to make sure that it's what you're expecting and something that you'll be happy with.

You might want to think about getting some accessories to go with your new mobile, mostly for practical purposes. Smartphones have delicate touch screen that are easily scratched or smashed, so buying a screen protector is a good idea. These are cheap, and are thin, transparent sheets that stick over the screen of your phone to protect it. They won't harm your phone, or make the touch screen less sensitive, and they really are worth buying. Secondly, a case might be a good idea too. The body of a phone is easily scratched, and a case will protect it. But more than that, many phone cases these days have in built shock absorbing capabilities, meaning that our phone will be more likely to survive should you drop it. Big music fans will also want to pick up some head phones, since the standard head phones that come with most phones aren't particularly high quality. Finally, think about getting yourself some mobile insurance. Many mobile operators sell insurance, and it costs only a few pounds per month. 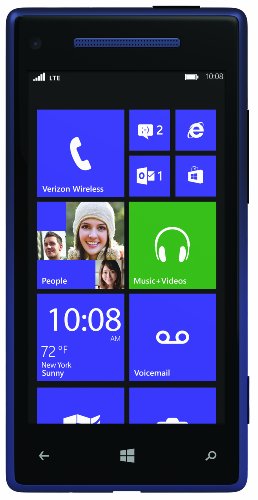