When we moved last year we tried very hard to purge junk.  We did an adequate job, but still needed a very large truck to move basically junk from A to B.

After realizing how much we paid to move boxes labelled “basement” I decided it was time to organize the basement.  I also realized that no matter how you dressed it up there would be “stuff” staring us in the face, so decided that I would no longer be a slave to “junk”.  I was no longer going to pay to move it or pay to store it, it simply had to go.

Sounds easy when you say it out loud, but executing can be a bit more difficult.  I started by allowing myself a week to get it done.  I then broke down the jobs into smaller pieces so that I would simply get started.

I also decided to use the “five second rule”  What that means is you open a box, you look at the item and give yourself 5 seconds to decide if you need to keep it.  This is actually a great formula and works well for me.

Use the Five Second Rule

Also another way to look at it, if the 5 second rule doesn’t work for you is to picture yourself

Credit: morguefile.commoving into a one bedroom apartment.  We are mid 50s so the idea of downsizing is becoming more of a reality, and after helping my mother empty a 4 bedroom house before she moved into a condo, I didn’t want my kids to have to deal with it.

Although, since some of the boxes were the kid’s stuff I did ask if they wanted to be involved because I would not guarantee it would remain at my house.  I texted them both and said, “major cleanout at Mom and Dad’s do you want anything?” I figured that pretty well covered it.

But since they both had their own houses filled with junk, I figured they would not want anything added to theirs.

Start By Creating a Space to Work

I created an area to work in the basement and swept the floor and found a small stool and parked a box in front of me.  I created 3 spaces around me, one for recycling, one for garbage and one for charity and a very tiny 4th spot for keepers.

I like the idea of having a charity or reuse pile because most times you are willing to let go of some “stuff” if you know someone else will get use out of it.

I opened one dusty old box and realized it was full of old Christmas cards that at some point were to be for crafts, so to recycling they went.

Next was some old dishes that one of the kids brought back from college mixed in with a toaster and various kitchen accessories, so all went in the reuse/charity pile.

I worked my way through about 10 boxes and an old lamp.  I had 3 distinct piles, and then I started bagging the recycling (my hubby was standing by with the shredder for anything with personal information on it) You only need to keep tax returns (in Canada) for 7 years, we had 11 years following us around.

Craft supplies were a little harder, but most of them went into the reuse pile.

It is amazing just what you will get rid of if you use the 5 second rule.  Now only work on as much as you can bag for that day because if hubby comes down the stairs and sees the reuse or garbage pile, he may be tempted to pull something out and try to keep it.  I find this very funny because he was the one complaining about all the “junk”.  He tends to collect back dated magazines!

If you have a lot of garbage, which consists of things that are too used up for charity or reuse then have a plan to get rid of them.  We have a pickup truck so as the pile got bigger I would take a break from boxes and bag the smaller stuff and throw the bags in the back of the pickup truck outside ready to go to the dump along with old furniture.  It cost me 20 dollars to get rid of most junk and that is a full load.  It felt good to see it go.

If you don’t have a truck then arrange for one of the services you can get such as 1-800-JUNK and they will take it away for a price, or another great way is with the Waste Management Green bags.  We used this service a few times and this is a great service.

You basically buy the bag, fill it with junk and then call them and they send a truck to lift it out of your yard or driveway and take it away and send you a bill for the weight. 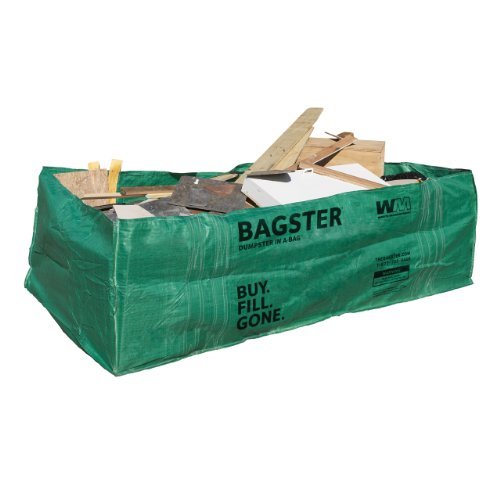 If the idea of paying to get rid of your junk upsets you, just remember how much you paid the moving van to move it to your present place or all those buddies and the larger rental truck you had to get because you had so much stuff.  Believe me this is a much cheaper way.  Nip it all in the bud before the next move.

Dragging This Stuff Around is Like an Anchor on Your Life – Let it Go!

Once you have cleared out the 3 piles from the basement, you may have a tiny little pile of “keepers” such as the seasonal clothes or the Christmas tree, or even those vacation suitcases, but that is much less than you had.

How to Organize a Basement

Now that your basement is cleared out, you should be feeling more creative.  It is hard to even think what you want to do with the space with all that junk cluttering it up.  For anything you want to keep, it would be good to invest in heavy duty metal shelving that can hold large plastic tubs.

Get clear tubs and fill with the things you need to keep and label them and place on these shelves so that next Christmas you won’t have to wade through piles of “stuff” to find it.  I am actually looking forward to that!

Now there is nothing to dust or vacuum around, you have a clean slate, and if every time you went downstairs to do laundry you said “one of these days I will have to organize this basement and get rid of the clutter” pat yourself on the back for getting it done.  It feels GREAT! 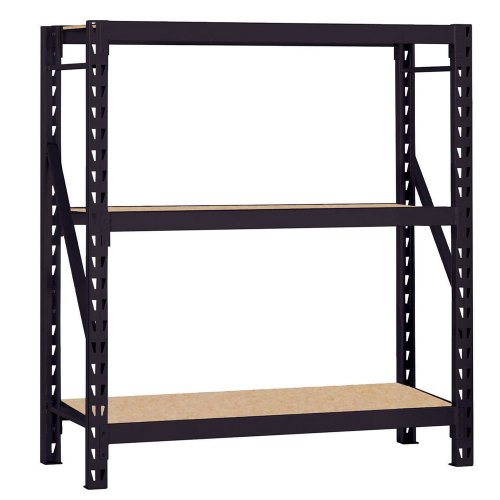