I love collecting old maps of the places I've been to. This heavy canvas reproduction of an antique map shows several of the famous Greek islands in close up.
InfoBarrel is a writing platform for non-fiction, reference-based, informative content. Opinions expressed by InfoBarrel writers are their own.
InfoBarrel > Travel & Places > Places > Greece

Visiting the Greek Isles is one of those dream vacation opportunities for many. With a combination of stunning landscapes, fascinating historical architecture, idyllic culture and delicious cuisine, it’s no wonder they’re tourist magnets. Planning a trip to the islands, however, is not the easiest. With a choice of hundreds of islands, spread out in eight different groups that are located in two different seas, figuring out how to plan a Greek island vacation is the biggest battle. Even seasoned travelers spend a lot of time planning their itinerary, so this guide is meant to answer the most common questions that visitors to the Greek Islands have.

Credit: Richard Martin http://flic.kr/p/8kQEwi provided under the CC BY 2.0 license

If you want to visit several islands, you can choose between Greek island hopping packages or independently moving from one island to the other. A few major islands have their own airports if you want to save some travel time reaching the first one from the mainland. However, taking ferry and boat rides between them can be a magical experience. Try to take your time soaking it all in instead of rushing from one island to the next.

The islands can be clubbed into several clusters based on their location and each one can serve up something unique. Six of the clusters are found in the Aegean Sea which is to the east and south of mainland Greece, while one cluster is to the west in the Ionian Sea.

Now that you know the relative position of each cluster of islands, it becomes easier to plan your trip and decide which islands to visit, and whether it’s best to travel independently or on a package. You can choose to visit one or two in several clusters or just stick to one group if you’re short on time. Each cluster is unique and has its own charm with lots to see and do, so think about what interests you most and then decide.[1]

Booking your own hotel stays and transfers between islands can be very rewarding, as you can tailor your itinerary any way you want. You can also be more flexible if you don’t pre-book your hotel and ferry or boat trips too early or don’t mind cancelling reservations. If you decide you really like the island you’re on at a given time, it’s easy to change your plans and skip another island to reduce your stay there. You’ll also find that there are many ways to save money when you make your own hotel bookings.

However, things can get pretty complicated because you’ll have to organize your legs according to ferry and boat timetables. Not every inter-island connection is a convenient one and you’ll have to make your own arrangements if a ride gets cancelled. Another complication is that the best places to stay at can fill up fast on the most popular islands, so if you want to play it by ear, be prepared to stay in less than ideal places.

Making your own arrangements for island hopping is therefore best if you either have lots of time to take it slow or only want to sample 3-4 islands at most. 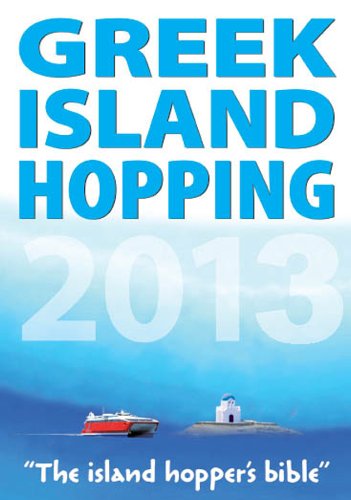 Greek Island Hopping 2013 Amazon Price: $113.22 Buy Now(price as of Mar 1, 2016)
If you want just one book for all your Greek Island planning, this is it. Veterans and first time hoppers alike will find every bit of information possible in this guide, from maps and timetables to honest commentary and humorous insights about boats, ports and more. 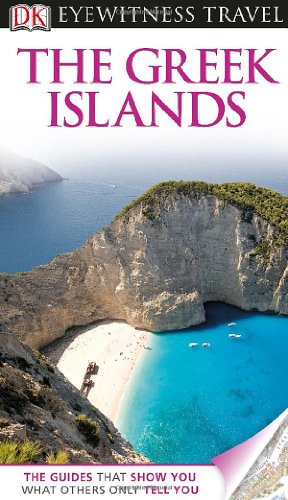 DK Eyewitness Travel Guide: Greek Islands Amazon Price: $28.00 $19.59 Buy Now(price as of Mar 1, 2016)
This guide will give you maps, cutaways, tips and practical information about places to visit, restaurants, hotels, shops and modes of transport. All of this comes in a pleasing and easy to digest package full of beautiful photos.

If you’re keen on seeing as much of the islands as possible, it’s best to book one of the Greek island hopping tours from your main point of departure. Some vacation packages are not very flexible with accommodations and durations of each leg, but there are some companies that offer you more freedom and may even create a custom package for you. They’ll arrange for your transfers, local transport and hotel stays.

Some package tours fly out from a few major European cities, but most start within mainland Greece. Mediterranean cruises are common in summer, but the large ships only dock on islands that have harbors equipped for them. Greek island cruises from Athens are extremely popular.

Modes of Transport for Independent Travel

Credit: By Tango7174 (Own work) [GFDL (http://www.gnu.org/copyleft/fdl.html) or CC-BY-SA-3.0-2.5-2.0-1.0 (http://creativecommons.org/licenses/by-sa/3.0)], via Wikimedia CommonsSome islands are quite far from the mainland. For example, Santorini, in the Cyclades, takes you a minimum of seven hours by a regular ferry. You can reduce the amount of time spent traveling by either flying from Athens to one of the islands with an airport, or taking the faster but less enchanting catamarans or high speed boats. There are a few fast ferries that can shave off a little time from a trip as well. If your jumping off point for the trip is a major European city, check to see if there’s a direct flight to any of the islands. New ones are steadily being added by airlines as the demand increases.

The advantage you have with ferries is that they allow you to have comfortable seating or even berths if you want to sleep, and you can also spend some lazy hours on deck having a drink and watching the islands and other boats go by.

Catamarans or flying dolphins are faster but you’ll have to be below deck the whole time and be prepared for very uncomfortable rides when there are rough seas. They can also be cancelled during bad weather. Ferries are more reliable and stick to the timetable as far as possible, as rough seas don’t affect them as much. It’s a good idea to save catamaran rides for traveling between islands that are in the same cluster. It is best that you allow for some delays, especially if you have to take an international flight out at the end of the trip. The safest thing to do is allow yourself an extra day in Athens after the end of your island journey.

There are very few flights available between islands. The ones that exist are on small aircraft and don’t allow you to take much luggage with you.

Credit: Britrob via http://flic.kr/p/22Dvu5 - Creative Commons license CC BY 2.0If you’re traveling off peak season, there’s no need to book ferry tickets in advance, as these vessels are large. If you’d rather book them in advance or want to take faster and smaller boats, wait until you’re as close to the start of your trip as possible, as schedules are not firmed up by many marine companies until a few weeks beforehand. Blue Star Ferries is the most reliable company and is the only one that announces its timetable early in the year. You can book tickets online and have them couriered to you, or arrange to pick them up at the airport or at the port just before boarding. Another alternative is to buy them at the airport in Athens as soon as you arrive.

While you’re on an island, you have three choices to move around. Bus services are good and cheap on the popular islands and many hotels can arrange for a free or paid transfer to and from the airport or port. Having your own mode of transport is also good, as it’s almost impossible to get lost on the few main roads on most islands. Some people like to rent a car for the entire trip because you can take it with you on ferries, but that restricts you to just the ones that have harbors equipped for ferries. Many rental companies also don’t allow you to take the car off the island. You can rent a car, scooter or ATV at each island instead.

The Best Time to Visit the Greek Islands

While the islands are inhabited all year round, there are just a few months in the year that you’ll have reliable ferry or boat service to and between most islands. Most hotels and restaurants also shutter up in the off season. The majority of the islands are good to visit between Easter and mid-October. While faraway islands like Rhodes and Crete are open until late October, many northern ones, like Corfu, shut down much earlier.

If you’re on a tight budget, try to go just before or after peak season. Mid-May to mid-June and the whole of September is when you’ll find great hotel deals and less than crowded bars and restaurants. The weather at these times is moderate and nice for taking long walks and hikes, although the waters can be a bit chilly for swimming. July and August are the peak months where the most popular islands can get crowded, hot and blustery, but everything is in full swing.

I hope this guide has helped with planning your Greek island vacation. Whichever way you choose to visit, try to soak up as much of the spirit of the islands as you can. There’s no other destination like it!

Next >> Top Things to See and Do in Athens, Greece

Top 13 Things to See and Do in Stunning Santorini

Best Greek Islands to Visit: A Guide to Help You Choose