Disc golf is a great outdoor recreational sport that is inexpensive and promotes exercise.  Many people play as a hobby, while others play in leagues and competitive clubs.

The rules of disc golf are very similar to regular golf.  Just like regular golf, the objective in disc golf is to get your disc or frisbee from the tee off area to the corresponding basket in as few throws as possible.  Instead of holes, the sport uses baskets that stand a few feet off of the ground.  Disc golf courses, similar to regular golf courses, can have nine or eighteen baskets.  Each hole has a certain par, or average number of shots, as far as keeping score.  Scoring is kept by each player keeping track of the number of throws it takes to get their frisbee to the hole's basket as compared with the rest of group.  At the end of the match, the lowest score wins.

Just like there are different clubs for driving, chipping and putting in regular golf, there are different discs for long distance, mid distance, and short distance in disc golf.  Generally, three main discs are used for a round of disc golf.  A driver, a mid-distance driver, and a putter.  The driver disc is more sleek and aerodynamic for long distance.  A mid-distance disc is slightly wider, and the putter disc resembles that of a smaller general "beach" frisbee.

Some popular disc brands include Innova, pinnacle, Champion and Eagle.  Prices in discs can range from $8.00 up to $40+ based on brand and the type of disc.  This is still much more inexpensive than the thousands of dollars that can be spent on golf clubs, green fees and membership fees at public courses and country clubs.

Some people have satchels full of varieties of disc types for certain situations on a particular course.  Others use one disc for every hole in an entire course.  The nice thing is that there really is no right or wrong way to play disc golf.  You can go to a local sporting goods store, buy one driver for as little as $8.00 and be set to go anywhere.  Virtually you can spend as little or as much as you want, which is great.

The other nice thing about disc golf is that the majority of all courses are free, and you end up walking a couple miles in a round for exercise.

Some general guidelines for disc golf are as follows:

Determining an order of who goes first on the initial hole can be randomly.  However, most courses have a practice basket at the beginning, so some groups see who can get the closest from a marked distance with their disc to the basket to determine the order.  Another way is by using the discs as "coins", throwing them up with one side being heads and the other tails, and the odd person out goes first.  After the first hole, order is determined by the lowest score on the previous hole throwing first, and the group following from lowest to highest score.

Throwing a disc can be done with an across the body throw, similar to how you see people throwing a beach frisbee.  It can also be done side arm, and thrown with a motion similar to "skipping a rock" across the water.  Each method has it's advantages, but some are more comfortable with one person vs. another.

Penalties typically include adding strokes to the hole score when the disc lands in a hazard.  A hazard can be up in a tree, in thick bushes, or in the middle of a lake.  Just like regular golf, the general rule is that you drop the disc an arms length from the hazard area, take a penalty stroke, and make the next throw.

Hazards vary on a course to course basis.  Some courses are set in wide open fields, others through forrests and off the side of cliffs.  There are tons of different courses around the U.S. that are unique in their own way.

Generally, when someone is first starting out, it is best to choose a course that is more wide open so as not to lose discs and get frustrated.  Practice makes perfect though.

Pets are allowed on most disc golf courses, because most courses double as public parks and picnic areas. Usually the only rules are to keep pets leashed and pick up after them.

These general guidelines are a crash course in the fun recreational sport of disc golf.  Look online for the courses closest to you, grab a disc at your local sporting good store and get some exercise.  Above all have fun! 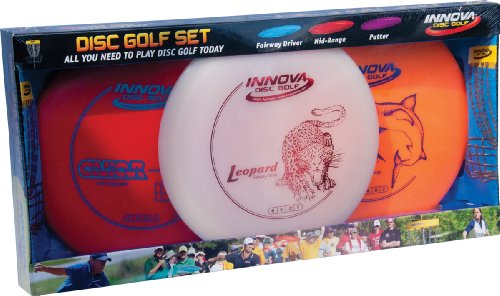 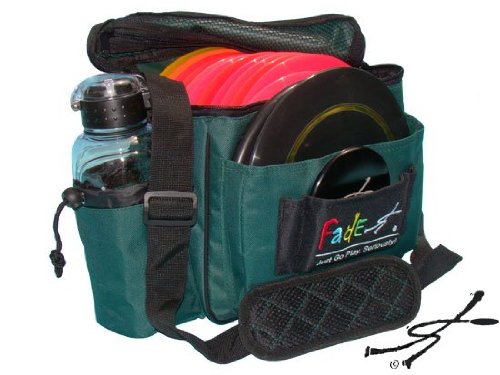