Save Money During Your Japanese Trip

Japan is one of the best tourist destinations in Asia. It has something for everyone - from the  beauty of its countryside, to exciting cities like Tokyo and Osaka. It has history, great cuisine, wonderful people, and plenty of ways to spend your time.

It also, unfortunately, has a reputation as being incredibly expensive. Costs in Japan are much higher than its Asian neighbors - like Taipei, Taiwan or Seoul, South Korea. Transportation alone - especially in the Tokyo area, but also in other big Japanese cities - will cost you two to three times more than other large cities in Asia. That’s not to mention Japanese food and lodging.

Is Japan expensive? Undoubtedly yes - but there are still ways to cut costs and reduce your trip's budget. This article has tips to help you save money in Japan. Whether it’s your first trip to Japan or if you’re an experienced traveler in Asia, these tips will help reduce your budget.

How to Find Cheap Hotels in Japan

Budget hotels are one of the easiest ways to save money in Japan. In fact, budget hotel prices here are better than other Asian locations - such as Hong Kong. Even in Tokyo, it isn’t hard to find places that will take you up for 40 USD a night - depending on where you look. For the best budget hotels in Tokyo in particular, check out the Ueno and Minowa areas in the northeast of the city. This area contains everything from capsule hotels, to nice hotels in the nearby Asakusa neighborhood. Business hotels are among the cheapest in Japan.

My favorite is New Koyo - a budget hotel in northeast Tokyo that has rooms for 2700 yen (27 dollars!) a night. It's a bit far removed from hotspots in Tokyo - such as Shinjuku and Shibuya - but the Hibiya Line will still take you directly to many great areas. (Famous nightlife spots like Ginza and Roppongi are on this line). New Koyo rooms are small and box-like, with only a bed or Japanese futon, but are otherwise clean and serviceable, with good customer service.

If you’re staying in Japan for a month or longer, you may want to try Gaijin Houses. They're guest houses catering to foreign residents and tourists on a budget (though you will still see some Japanese living here). The best known in Tokyo is Sakura House, which has several types of hotels throughout the city - everything from hostels to temporary apartments. Other big cities such as Osaka have Gaijin Houses too - I stayed in one called Banana House in the southern part of Osaka during my first trip to Japan.

Food in Japan can be cheap or pricey depending on your preferences. There are plenty of places to get budget meals of any of your favorite Japanese dishes. Typically noodle dishes - such as ramen, udon, and soba - can be had for as little as 5 to 6 dollars. Depending on where in Japan you get it, it’s not hard to find sushi on a budget either. One of the best places for cheap food are the vending machine restaurants - places where you get a ticket at a vending machine, and just hand it to the staff to get what you want. Street vendors in certain cities - such as Osaka, which is famous for takoyaki and okonomiyaki - also offer cheap snacks and meals. Last but not least, try out a microwave meal at a conbini - Japanese convenience store, such as Family Mart or Lawson’s. These budget meals are cheap and fast, and the staff will even microwave it for you right in the store.

Cut Down on Transportation Costs

Transportation costs are one of the most expensive parts of visiting Japan. Getting around can cost quite a bit. The last time I was in Tokyo, I went through 50 dollars of my transportation budget in a few days - and I was still being careful not to use the subway too much.

Try to plan out your trip in advance using subway maps and sites like Hyperdia - which lets you figure out the time and cost between train stations anywhere in Japan. If you can figure out the Japanese bus system - which unfortunately tends to lack English signs and schedules -  try that instead of the trains. Some hotels (such as New Koyo) will let you rent a bicycle to get to nearby areas cheaply.

Also check out transportation passes available in your area of Japan. In Osaka you can get an one day subway pass for 800 yen (8 dollars). Certain parts of Kyushu also have 500 yen daily bus passes that allow you unlimited travel to anywhere local. Other cities no doubt have their own budget systems, which you can check out by looking at their official home pages, or pages for the major Japanese train companies - such as Japan Railways (JR).

Finally, avoid taking taxis. Taxis in Japan are incredibly expensive and will drain your wallet quickly. I once missed the last train to my hotel, and had to settle for a train to nearby Ueno. From Ueno I thought I would take a taxi, as it was only two stops over. Big mistake - it cost me 15 dollars for just a few minutes on the taxi. Always be aware of train schedules and times for the last train in Japan.

Some things - like nightlife - will  increase the price of your holiday in Japan. Luckily there are plenty of budget options for sightseeing. Being money conscious will limit some of the things you can do - but there’s still plenty of fun to be had for cheap. Parks and museums are great ways to pass your time in Japan without breaking the bank. Tokyo has more parks and gardens then you might think - such as Yoyogi Park, Ueno Park, and some great campus strolls (Tokyo University and Waseda University come to mind. There are also plenty of free museums, or ones that will only cost you up to 500 yen (5 dollars).

Lastly, learning the local language will help you get around Japan more easily. If you’ve already studied Japanese, then you can talk with the locals and ask for recommendations and deals. Even a phrasebook will help you with basic Japanese. You can also use Japanese apps for your smartphone to get around, and look up discount related words. Learning the basics of Japanese pronunciation is easy compared to other East Asian languages, so even if you’re a beginner there’s no need to worry.

Japan is a wonderful place that anyone with an interest in Asia should visit. Even those not interested in Asia will find plenty to do. While it can be expensive compared to other destinations in Asia, with these tips you can still have a budget trip to Japan worth remembering. 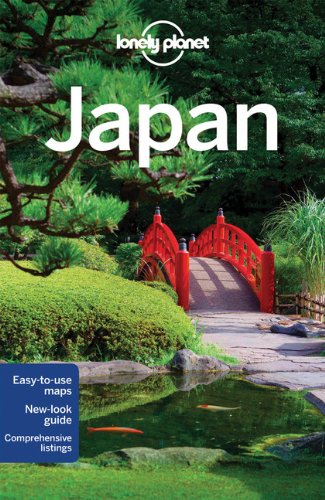