How to Start Sailing: The Basics You Need to know Before Starting your Journey

This is a multiple part series that begins teaching you the basics of beginners sailing.  If you want to begin with the first article that covers the basics of different vessels, click here

This differs significantly from what sails used to be.  Before the use of synthetics, sails were usually made from canvas materials which had to be thoroughly washed and dried after use in order to ensure that they were not attacked by mold and rotted.

Sails are not as simple as one may seem.  While they may appear to look only like a simple triangle of material hung from a giant pole, it turns out that sails require much more work than this.

Sails are said to have been lofted in a sail maker’s loft.  Instead of having a sail act as a simply flat cut piece of material, they are designed to be shaped so that the material will be more able to catch the wind and propel the vessel forward with much more efficiency.

Sails also measure out in the strength or amount of material used per square foot.  This diverse arsenal is used in various different weather scenarios.  It is not uncommon to see a large amount of sails in a single boat so that one may accommodate for all different types of weather scenarios during travel.

It is commonly misconceived that the larger the sail area a boat provides, that the faster the boat will be.  This is very untrue today is it can be commonly seen that with time and technology, sails are beginning to become smaller while vessels continue to become faster and faster.

The wires of standing rigging may be made from galvanized or stainless steel.  Each of which has its own advantages and disadvantages.  The galvanized steel, while less expensive,  also comes with less strength than that of the stainless.  Stainless however may begin to become brittle with age and may let go without warning whereas galvanized generally begins to fray with time and may give preceding warnings about its forthcoming failures.

Since the standing rigging is very fixed onto the bottom of the boat, it becomes a very difficult and specialized process to set up or to turn the mast.  This should not be attempted if a person has no expertise in this field as it may lead to the mast being driven through the bottom of the boat.

Running rigging defines the terms given to the ropes on a vessel.  While wire may still be used with running rigging, they are often soft, flexible types rather than the rigid types used when dealing with standing rigging. 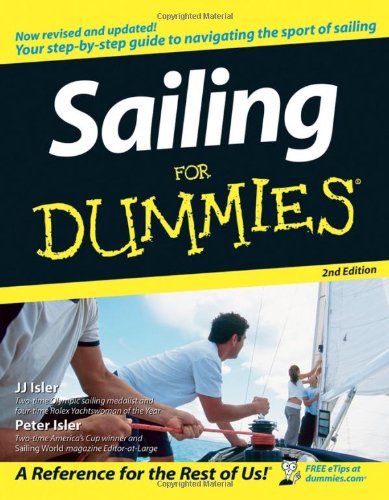