“Everything in life is writable about if you have the outgoing guts to do it, and the imagination to improvise. The worst enemy to creativity is self-doubt.” â€• Sylvia Plath, The Unabridged Journals of Sylvia Plath Be fearless. Start writing today for Infobarrel and make $$$ while you're at it.
InfoBarrel is a writing platform for non-fiction, reference-based, informative content. Opinions expressed by InfoBarrel writers are their own.
InfoBarrel > Lifestyle > Holidays & Celebrations

How to Throw a Pirate-Themed Birthday Party for Kids

Ahoy, matey! Welcome aboard the Blue-haired Mermaid Ship! Kids love having parties and going on adventures, so what better way to combine the two than a pirate-themed birthday party? If you’re feeling lost and wondering how to proceed, have no fear. The festivities have been laid out, and your child and his or friends will have a blast. The party will be the talk of the town. Hands on deck, everyone!

In order to assemble all the crew on deck, you must invite them first. Decide the number of kids you want to invite, and set about getting some invitations ready. Here are some ideas:

Invitation cards with motifs – what better way to get the word out than sending out cards that scream, “Arr!”? You can purchase pirate-themed birthday invitations that include skull and crossbones, parrots, or one with a ship. If you are artistically gifted, you could design your own cards. 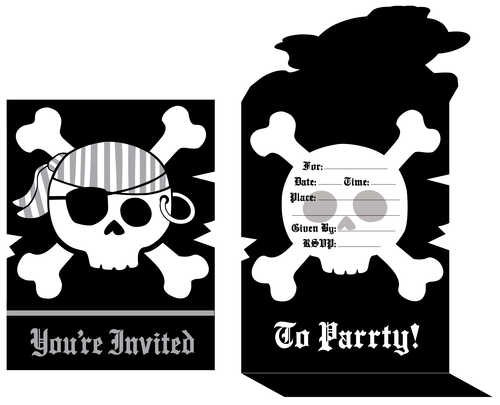 Message in a bottle – You can purchase themed stationary and write in old-style handwriting an invitation to curl into a glass bottle. Make sure your writing is legible though! Or, if you want a professional touch, you could get ready-made pirate party message in a bottle invitations. 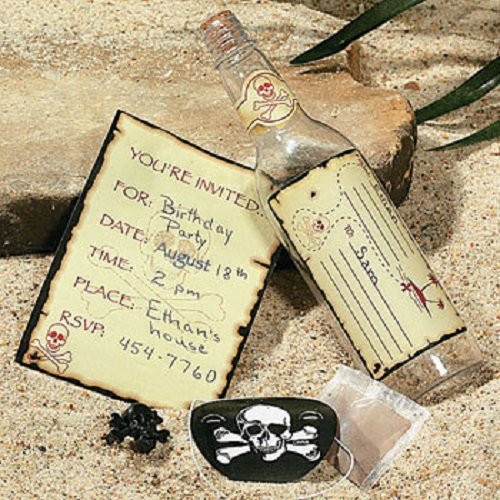 Here’s a sample invitation you can write: “Ahoy, mateys! Come join John’s pirate crew at 123 Mermaid Avenue for a birthday adventure from 12pm to 5pm. After a grand midday feast, we shall sail the seas in search of treasure and be swashbucklin’ our way to glories and riches. Pirate gear be needed to join the voyage! Will you be on board the ship on Saturday, July 11?”

Step 2: Dust Off The Ship

Before the party starts, you need to get the pirate theme prepared beforehand. Think of pirate themed symbols, including: treasure chests, gold coins, jewelry, skull and crossbones, cannonballs, swords and ships. You can then use pirate-themed items to create a place truly to be feared!

If you have decorations left over from Halloween, these can be used in a pirate themed party. After all, pirates encounter many a spooky thing or two in their voyage! Got a skeleton? Lay it sitting mysteriously in the corner with a necklace or toy jewels underneath its hand – now this is starting to paint a story.

You can set up different areas in the house to reflect places a pirate will encounter. Here are some great ways to truly make an adventurous world for your pirates:

Scary cave – Cover the walls with cut up black garbage bags. If it’s a dark area of the house, such as the basement, you can leave the area dark with a lamp to cast an eerie glow. Put that old skeleton lying there, clinging onto treasure for dear life. Grab some cotton balls and stretch them, taping them to the garbage bags on the wall for a cobweb look.

Feasting table – Have a number of decorations out on the main eating table to bring out thepirate theme. You can put a treasure box on the center, with plastic jewels, necklaces and coins. 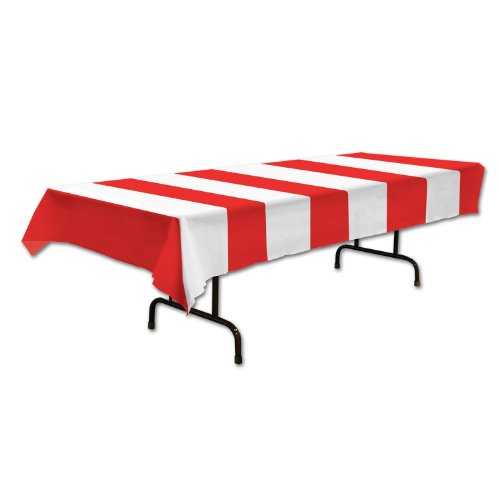 Photo booth – why not set up a place where the swashbucklers can have their picture taken? If you like, you can paint a beach, and then use it as a backdrop. Or, you can purchase a poster and set it up in a corner of a room.

When the crew arrives, let the games begin! Have a variety of pirate-themed games and activities set up, so that the kids have tons to do. It’s also a good idea to have some extra pirate props in case any of the crew are lacking in pirate-wear, such as pirate hats, bandanas and swords.

Feast – before the games begin, it’s important everyone gets a hearty meal. You could set this up with fun foods, like chicken fingers, fries, coleslaw, fruit salad (no scurvy allowed!), tropical jello, and “blood thirsty” punch. Presentation is the most important thing! Serve them up in fun, colorful and eye-catching bowls. Also have some snacks regularly available throughout the party, such as vegetables and dip, chips and water.

Treasure hunt – Let the games begin! Set up some treasures, such as chocolate coins and jellies, and hide them in parts of the house. The kids can go on a scavenger hunt to find the goodies by following clues, or by being given a compass and directions. 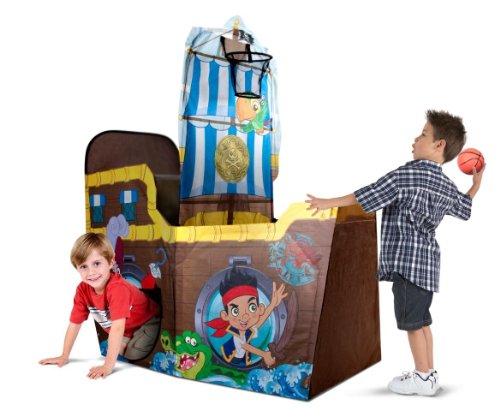 Send each pirate home with a nice bounty. You can use a pirate-themed bag, such as cardboard box designed to look like a pirate ship or treasure box, or something as simple as a paper bag with skull and crossbones drawn over it. Fill it up with small goodies and treats. These can include: 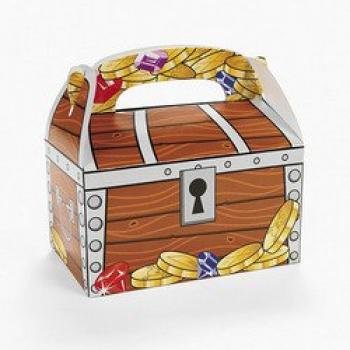 Now you’re all set to create a jolly party for your child’s birthday. The buccaneers will be talking about your party for ages!