As well as being an avid writer, I am also an enthusiastic gamer, anime fan, movie buff, and love of all things strange. Being as I live with a boyfriend, I am also particularly knowledgeable about cleaning and cooking. You can join me in my adventure of writing for money here at Infobarrel. Sign Up today! Also, I wrote a book! Check out The Guild today!
InfoBarrel is a writing platform for non-fiction, reference-based, informative content. Opinions expressed by InfoBarrel writers are their own.
InfoBarrel > Entertainment > Games > Xbox > Xbox One

While I have admittedly been a PS4 snob for this console generation, Microsoft has earned at least a little warmth from my wallet and I by making the Xbox One backwards compatible with a good portion of my lonesome Xbox 360 games drawer (without re-buying them like on the PS4). However, aside from a torrid affair with Rise of the Tomb Raider, I have not used my Xbox One often, so I found transferring saves over from the Xbox 360 a bit of a task to figure out. In order to help other previous PS4 snobs and frustrated casual gamers alike, I've compiled this quick and dirty guide to transferring the save data from the Xbox 360 over to the Xbox One for games with supported backwards compatibility.

In order for this method to work, you must (obviously) have an Xbox One, but it also requires a working Xbox 360. However, if you don't happen to have one, you can always grab your hard drive and head over to a friend's house that does have one.

Why Even Play on the New Console?

So, you have a working Xbox 360 and you require one to transfer the saved data anyway. I know you are sitting there wondering why even bother? It is not so much that the Xbox One allows you to play these games without owning the console, although you could sell your 360 for a pittance after transferring the data, but rather, by playing it on the current generation console, you are gaining access to all those next generation features.  From the Xbox One, you get easy access to its screenshot capabilities, GameDVR, and Twitch Streaming without having to fuss about with other equipment like a Hauppauge. That is not to say you need to be a streamer to enjoy backwards compatibility, it is always nice to free up an HDMI port on your TV.

How to Transfer Game Saves

From the Xbox 360 Dashboard:

Choose the Hard Drive that contains the desired game saves. Note: If you store your saves on an external hard drive, you will also have to use this method of transfer unless the external uses USB 3.0 and is above 256 GB in size, only then will the newer console allow it to work to transfer over data.

After choosing a game, you will then be given options on what you can do with the data. For this particular tutorial, you will to choose to copy the data. However, if you are having problems with copying the data over, the move option also works, but it removes the item from your 360 hard drive and puts it solely in the cloud.

Next, you will be prompted on where to copy the data. Choose 'Cloud Saved Games,' which will save the game's data to the cloud.

Finally, turn on your chosen game on the Xbox One, and provided it is on Microsoft's growing list of backwards compatible games, your console will start to download the game's saves from the cloud. Now you will be able to access saves on both consoles. However, if you want to transfer a new save back to the 360, you will need to repeat this process in reverse.

Do You Need Xbox Live Gold to Transfer Saves? 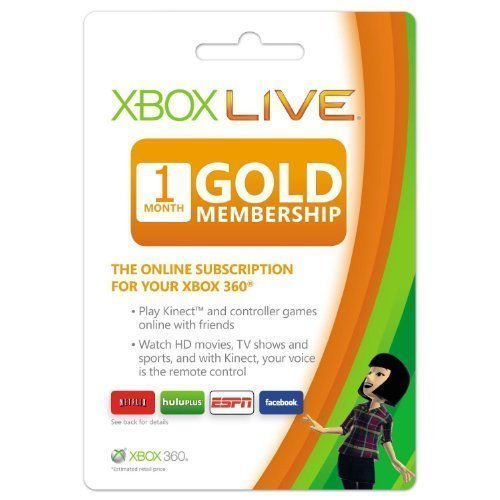 Xbox Live 1 Month Gold Membership Card Amazon Price: Buy Now(price as of Sep 17, 2016)
The answer is mostly yes, but a little no. You must have a gold membership to save game saves to the cloud, but if you have a free membership, you can move games saves over to your Xbox One hard drive for local storage without buying a membership. So essentially, you need just the shortest Gold subscription to transfer the save data over, but can cancel it and will still be able to play the game. However, like other games, you will not be able to play any online multiplayer content (though you can if you have Gold) or have access to any Xbox 360 games you purchased digitally.
Next >> The Scuf One Controller for Xbox One