I've spent most of the past two decades in East Asia, holding lecturing and publishing positions in Hong Kong, Japan and South Korea. Among my favorite places are Taiwan and the Philippines. I'm fascinated by local religions and customs, and enjoy reading about history and how the English language changes and develops. I enjoy writing on InfoBarrel. If you love writing, sign up today.
InfoBarrel is a writing platform for non-fiction, reference-based, informative content. Opinions expressed by InfoBarrel writers are their own.
InfoBarrel > Lifestyle > Education > College & University

How to Write College Recommendation Letters

Letters of recommendation (LORs) are required at key moments in people's lives. Gaining admission to a decent college, getting hired by a respected company, securing an internship, joining certain clubs, and sometimes even being allowed to rent or buy real estate in upmarket developments, typically requires coming up with three or more LORs. This article is aimed both at those who need to gather LORs so they can apply for an academic program, and at those who've been asked to write such a letter.

Who should write the letter?

The vast majority of recommendations are written by educators (either high school teachers or, if the candidate is applying for graduate school, his/her undergraduate professors) or current or former employers. Leaders of charitable foundations are often willing to provide LORs to those who've spent time working or volunteering for them. However, if one of the three LORs you submit with your application relates to a month-long summer camp where you helped out at a few years ago, whoever assesses the application may wonder if you struggled to find teachers or bosses willing to say nice things about you.

If your favorite ex-boss has retired or moved to another company, there's no reason why he/she can't provide a LOR relating to the period you worked together. The letter won't carry the relevant letterhead, but so long as the reason for this is explained (one sentence is usually enough) is shouldn't make any difference to the letter's credibility. LORs from employers or internship supervisors should contain a sentence or two introducing the company or organization, for example: "XYZ Holdings Limited has been a top-three provider of XYZ services in Japan for the past ten years." Similarly, educators writing from less well-known schools might want to play up their institution's strengths, to better impress the recipients.

Getting a public figure to write an LOR is advisable only if he/she knows you well, for example if you worked or volunteered for that person in the past, or if he/she is an old friend of your parents. The proximity and nature of the relationship must be obvious from the letter, or it's likely to be dismissed as a favor done by a politician to a constituent.

Is it ethical for the candidate himself/herself to write the LOR on behalf of the person who's going to sign it? Not really, but it's commonplace. Don't be too surprised if someone agrees to provide an LOR for you on condition you write it. Just remember to follow the guidelines below.

For US college applications, 200 words is on the short side, while 400 words is too long unless there's compelling and necessary information which can't be conveyed more concisely. The letter should have between four and six paragraphs, of which the first should set out the capacity in which the writer knows the candidate, and how long they've been acquainted. If it's a fairly short period (less than a year), the person writing the letter should point out the depth and frequency of communication with the applicant. Phrases like, "He consulted me in the laboratory almost every weekday" or "I asked her to help me plan and carry out an especially detailed survey connected to my research" will help convince admissions officials the writer is qualified to judge the applicant's character.

For university applications, try to ascertain beforehand if the letter is to be mailed to a named individual or to an office within the college or university. If the former, "Dear Admissions Officer" is a good way to start. If the latter, consider "Dear Admissions Committee." If the recommendation is coming from a professor, "Dear Academic Colleagues" is also acceptable. "Dear Sir or Madam" is fine, but "To Whom It May Concern" should be avoided.

Phrases to include, phrases to avoid

There's no absolute need for the word "recommendation" to appear anywhere in the letter, yet in either the first or final paragraph - or both - the letter should explicitly state the writer's "support," "backing" or "endorsement" of the applicant's wish to enter the program. Phrases like "wholeheartedly endorse" or "throw my weight behind" are good.

The letter should make the applicant stand out from the crowd, as well as give evidence of self motivation and interpersonal skills. Here's a good example: "Unlike many of his peers, who major in finance or economics in the hope of getting a well-paid job on Wall Street, Ms. Taylor dreams of creating a new financial model that can benefit poorer members of society."

The letter should conclude with something like this: "For these reasons, I highly recommend Mr. Smith to your graduate program. If you have any questions regarding him or this recommendation, please contact me." Or this: "After daily contact over several months, I feel able to fully evaluate Ms. Brown. She is adaptable, strong at learning and analysis, and well-prepared for further challenges. Therefore, I wholly support her decision to apply to your renowned school, and am confident she will soon become a distinguished member of your student body. Your favorable consideration of her application would be highly appreciated."

A final point: The claim shouldn't make vague claims. Show, don't tell. East Asian education systems are notorious for producing young people who can learn by rote and memorize huge amounts of information, but who lack creativity, individuality and the self-confidence to express an opinion. For this reason, letters written by educators in those countries (I know, I've worked as an educator in the region, and I've edited/rewritten several LORs composed by Japanese and Korean co-workers) tend to overcompensate. While universities in North America and other parts of the West surely hope to attract students who are critical and inventive, letters claiming as much aren't worth much unless they contain some proof of those character traits. A few sentences describing an occasion in which the applicant deeply impressed the writer of the letter go a long way. 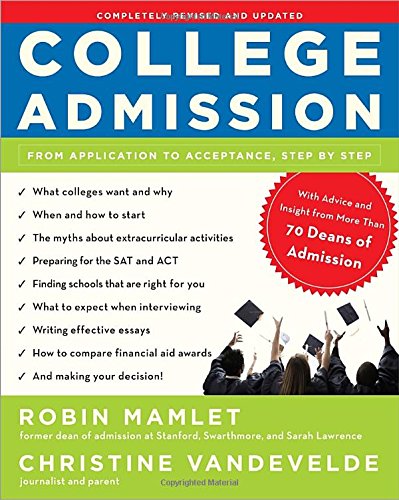