How to Write a Book And Finish It

Photo by Unsplash "Writing and Finishing a Book"

Writing a book is no easy task. It's a mental challenge that grows you as a writer and a thinker. You have the desire to start your story, but you want to make sure that you'll finish what you start.

So here are a few quick tips for making sure that you don't waste your time and finally become a novelist.

Write Your Ideas Down

Photo by Unsplash "Before You Write"

I’ve been writing since I was eleven. Stories would come to me and I would get excited and start writing them down in my notebook or on the computer. But like many of my past stories and plots, they would get forgotten and were never finished. Don’t get me wrong, they were great ideas, but I never followed through with them.

I call this the honeymoon stage. If you have a great idea for a book, that’s awesome! But before writing down a couple chapters or even the first chapter, stop and plan it out. Many times we won’t outline where we’re taking the story and we’ll come to a point where we have no idea where we’re taking it. We wasted hours of our time on something that would never see an end.

Or sometime we just lose interest in the book. It happens, different ideas pop up and we get excited on the next new thing.

The first thing to do is outline. And if you’re still not sure where it will go, create a document or get a notebook for ideas and write it down for later. Someday you’ll look back at it and possibly have an idea for where and how the story should end.  And if you get distracted, write down the new ideas for another time and move forward with the book you’ve already started.

Photo by Unsplash "Outlining Your Story

As stated above, this is one of the main reasons why many books never get finished or published.

The outline should have everything from character details to what is going to be in each individual chapter. Write every plot twist and juicy detail in your outline. Someday you’re going to have to show this to an agent or a publisher and you want them to read it and think, “Now this is gonna be good.”

It’s completely fine if your outline changes as you write the book. Sometimes plot twists or new ideas come in a moment of inspiration. The outline is just the skeleton, you want to build on the muscle and veins and blood and skin of the story when writing it out.

Don’t ever catch yourself six chapters in and then suddenly stop and wonder where the heck the plot is going. I’ve been there and if you create the outline first, you won’t back yourself into a corner. You’ll see the end of the book and know exactly which direction you’re headed.

Many times in our ADD and busy world, it can be hard for us to find or make time for writing. Everyone understands it, Facebook and Youtube lure us ruthlessly in with their cat knocking cup off table videos. They’re hilarious, but they’re distractions.

So if you know how easily distracted you can get, don’t set high goals for writing achievements. It can seem cool to create a target for writing two or three or even five chapters a day. But often times when we haven’t built up our attention levels or writing skills, big goals will then seem like a huge weight. Then we’ll end up beating ourselves up for not achieving them and become discouraged.

Just give yourself the goal of writing something small everyday. It can be a chapter, it can be three pages, or it can just be a single page. All that counts is that you’re building up your writing skills and making progress forward.

Then you’ll have more courage to write more and for longer as you work your way up.

Don't Get Stuck on the First Draft

Every first draft of a book or even outline will suck. When you make your first draft, you want to freight train through it and get it done. Then you can write notes along the way and come back to fix it at the editing process.

Don’t be discouraged if you feel like your story isn’t on par with many writers out there. Trust me, their first drafts weren’t pretty either.

Find Someone Who Believes in Your Book

Photo by Pixabay "Find Your Believer"

This is one of the most important parts of writing. Have you ever read the dedications in the beginning of the book? Sometimes the author will thank a friend or a sibling or a spouse and say that they would have never finished the book without them. Find that person.

Don’t surround yourself with people that won’t lift you up and encourage you. Find someone that believes in your dream and pushes you to finish the book. Because even when you don’t believe in yourself, there’s someone that does. 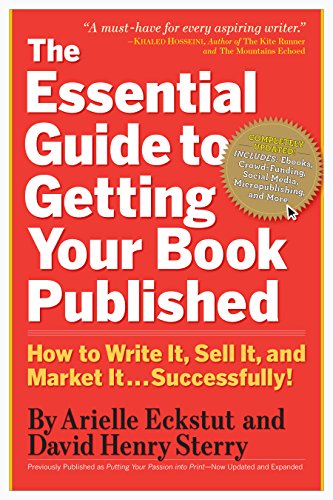 It can sometimes feel discouraging when you aren't sure where your story is going. You have great ideas, but as for a finish, you don't know how you'll get there.

Your time is important and your dream of becoming a novelist should not be pushed back. So prepare your outline, know where you want it to go, and the end will be in sight. Have a close one encourage you toward your goal and you'll be sure to make it to the end.