Hubpages has taken over the content from Squidoo. As a long-time user of the former platform, I had my content moved to the new site. Once there, the articles began to be presented as normal Hubs. This article describes the data, and effects, of the new site.Moving to A New Content Hosting Web SiteHubPages took over my content automatically. There was little to do except to authorize the migration. Once there, a long list of articles became active. The total number moved was 192. There were some on the old site that were drafts and some that were pretty junky. These were deleted in advance. The remainder are now active and attracting some viewers.Old Versus NewPreviously, some articles that provided introductory information about project management were ranked best. These were book review articles, mainly, that described a couple of electronic books that I self-published on the topic. They actually did quite well on the old platform. They earned quite a number of viewers per month, and even some sales. People found the books from the articles and bought them, in many cases. On the new site, these articles are much less popular. Interestingly enough, however, one of these articles has gained quite a few followers recently.The top article on the new article is one that describes how important a musical eduction is for children. This was once a very popular article. On the new site, it has become the most popular of the group. It has achieved a score of 82, (presumably out of 100). While it has not yet attracted very many viewers, (43 in two months), it seems to be gaining.

HubPages shows statistics at a glance for viewers in the past day, week, month, and all time. The other site showed viewers by the week and month, although more detailed statistics were available. The new site also shows visual indicators. A red triangle identifies those hubs which are increasing in popularity. The triangle points upwards to indicate success. Conversely, a blue triangle, pointing down, indicates a hub which is losing popularity. Taken with the viewer statistics, the features show authors where they can devote their attention.StatisticsWhen the automatic migration was completed, a number of copied articles had issues. These were identified with various symbols. Most of the problems were due to dead links. If an article links to an Internet page which is no longer accessible, the system shows the fact. It is expected that authors will correct, or remove, such problems. After the migration, a number of articles showed bad links. Many of these were pointing back, and to pages that were removed. Brief edits were required for perhaps 15 articles to remedy the links.Other issues were a little more serious. Previously, very commercial articles were allowed. These would have many, even dozens, of product links shown. The new site is less tolerant of such material. Instead, they prefer articles to have a lesser number. As well, product sales links should not be grouped together in bunches. Old tools were available which would group many products together based on a keyword, or a list of recommendations.The articles with groups of products were edited to separate the products between other forms of content. In some cases, extra product links were removed entirely. This allowed the articles to comply with the new product sales guidelines. ContentThe new platform allows different types of content to be added to articles. One such item was a short summary line. The newly migrated articles all were missing this content. As each was edited for other reasons, the summary text was added. This removed a warning for each. While not required, the summary seems to be a good idea. With it, the articles tend to match those published by others. Maintaining consistency is always a good idea.

The new site maintains an index of featured, or published, articles. These are the ones that are of high enough quality to be shown to viewers. Of the 192 articles migrated, only 59 made the featured list. More than twice as many did not. This is somewhat similar to the other site. There, the top several hundred thousand articles on the site were featured. My portfolio had about the same within the top group, maybe fewer than I have now.Once an article is no longer featured, the author needs to improve the quality. This can be done by adding more content in the form of images, text, and other material which will make the article more relevant to a reader. After the migration, many of the worst articles became no longer featured. These will be reviewed to see if changes should be made. In some cases, the article will be deleted from the new site. In other cases, new material will be added in order to try to rescue the title.Social EngagementMore than before, HubPages offers social engagement to authors. A news feed is provided which is similar to the Facebook feed. Friendships can also be set up. Later, you receive notifications when your friends publish material. Similarly, those who follow you will see when you publish material. This was not a feature of that was seen before. There such engagement was pretty passive. You could comment on someone's article and then hope that they would surf over to your material. While it often worked, there were no guarantees and no notifications were provided when your new material was published.Examining Non-Published ArticlesIn the old days, I wrote many articles which described to writing process on that site. These were intended to be writing primers. At each level, I would attempt to reach those where were at the same level. Thus there were several published articles such as "Greetings Level 44 Squids", "Greetings Level 45, Squids", etc. They used "Squids" as a term of endearment for authors. Most, or all, of these articles are now obsolete. They will likely be deleted. Another article, "National Opt-Out Day", was a quick effort which was never much developed. This may well be deleted as well. Another, "Basic Negotiating Techniques", will likely be enhanced. 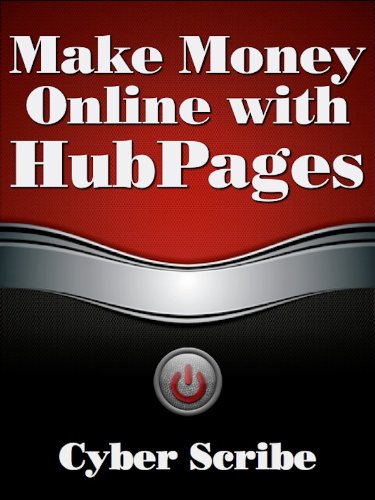 Make Money Online with HubPages Amazon Price: Buy Now(price as of Oct 14, 2014)
Next >> What Does It Cost To Start A Podcast?