Humanity: The Fastest Spreading Viral Infection on the Planet

Need I say more?  Often looked away from and denied by most people, human and animal suffering continues to worsen while the west remains seemingly un-phased.  Here are the top 4 most disgusting practices found to be carried out by human kind at one point or another in time.  Keep in mind that most of which is driven by the blind marketing and consumer push that defines western civilization.  I ask as you read this article that you place yourself in the shoes of these various victims.  You may end up hosting a very different perspective on things.

Man’s best friend?  Looks like a one way relationship to me.

(This practice would rank as a more brutal human practice, but its lack of widspread use keeps it low on the list).....Not saying it needs to be widespread to be disgusting.

Captured for this specific purpose, dogs are thrown into the water with menacing intent. Fisherman plunge large hooks throughout the face or nose of these animals before throwing them overboard to be towed behind the boats for hours at a time.  Although this incident has been reported mainly amongst private fisherman, some fishing boats are capable of setting out several long lines capable of hosting more than 100 hooks each.  Even if a dog was so lucky as to survive being hooked and towed behind a boat for several hours, once the lines are brought up, dogs are often discarded as waste and are left stranded in open water.

Succumbing to fatigue, drowning, and obviously shark attack, these animals are being put through an unbelievable amount of suffering in order to help drive the #3 human induced industry on my list.

Another brutal fishing practice, shark finning may just go down as one of the most wasteful practices out there.  As long lines are set out into the waters hosting literally thousands of baited hooks, sharks (along with whatever else indiscriminately bites the hooks) are brought into the boats in staggering numbers.  Like the average person would think, these sharks are then processed and their meat is brought back to shore for human consumption right?  Unfortunately it couldn’t be further from the truth.  Most of the time, as these sharks are hauled onto ships where they remain for a few seconds before being tossed back into the sea.  So what is the purpose of this fishing practice?  Oh yeah…..I forgot to mention one part.  During the mere minute these sharks remain on deck, they are put through excruciating torture.  In order to increase financial gain, sharks are quickly processed by fisherman cutting off their dorsal fins, caudal fins, and pectoral fins, before being thrown back.  No longer able to function or swim, these sharks sit helplessly on the ocean floor awaiting death.

For more information on shark finning, check out the advocacy and the actions taken byt the "Sea Sheperd"

Fact: 90% of the large shark population has already been wiped out due to human practice

This dog can be seen actively fighting for its life as its skin is being cut and pulled from its body.  This video also shows the aftermath of this same dog as it is disgarded into the dumpster to its left after being fully skinned.  While the dog lies in the dumpster surrounded by corpses and without skin, it can be seen lifting its head, blinking, looking around, and attempting to stand back up.  All for a fur coat.

Ever seen a person wearing a fur coat?  Be sure to flip em the bird next time you do.

In all reality though, that person probably has no idea what they are supporting.  So I guess instead of giving them the finger, attempting to shed some intelligence on them may come beneficial as well.  (Although highly unlikely, you can always resort back to flipping the bird)

The fur trade is disgusting.  Even if a fur product claims to have been created in a “humane” manner somewhere throughout the European countries, odds are that it has connections with an unregulated fur farm in China.

These animals experience a life of absolute hell like one you couldn’t even imagine.  Raised in agonizing conditions, transferred in packed cages, and SKINNED ALIVE, these animals don’t stand a chance.  In order to get the full effect of the sheer brutality that is associated with this “oh so prestige” article of clothing, take a second to search for the actual video.  It will do far more convincing that I will ever be able to do.

Oh boy.  It seems that being the sole cause of outright suffering and sheer torture among other species just isn’t enough to satisfy human nature.  It turns out we also need to employ brutal torture, mass killings, and inhumane testing practices on our own species as well.

With some of the earlier atrocities having been meticulously documented from the 40’s and 50’s, human testing still remains active in parts of our world today.   The actions conducted upon our fellow man comes as a shocking and even disgusting practice that may even make you question your faith in your own fellow homosapien brothers and sisters.  Since it makes me sick to even write these examples in detail, I will present them to you in a bit of a different manner.

For more info on human experiments, you can google things like

And as always, we have the HONORABLE MENTIONS.  We can also congratulate our species for these other wonderous accomplishments in the past.

Just lovely what we as humans can accolplish when we put our minds to work. 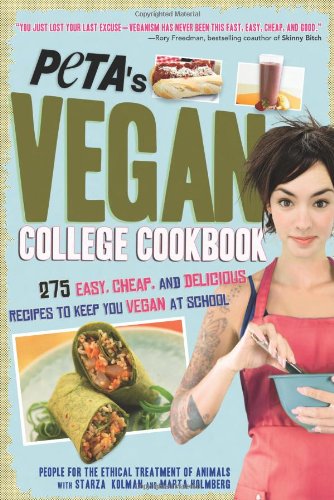