Hurtful Things To Say To An Ex Boyfriend

Are you troubled that your relationship did not last long with your ex-boyfriend and want to yell at him? Has something come up that your ex boyfriend, whom you have already dumped a long time ago has again started knocking your doors?

Men, truly are tough and can pull themselves together far more easily than women. However, this does not mean that they have heart made of stone. Although guys can recover faster than women, they will feel hurt as easily as girls. There are several emotional loopholes in men, which when you strike, will bring them to their knees. For whatever reason, if you want to say hurtful things to him and teach him how he was, then you're in the right place!

What should you say after everything is over!

For whatever it's worth, guys always tend to show the rigid side of themselves. No man wants to break down in front of others and sob like a little girl whose candy has just been snatched. And in fact, the more rigid they try to become, the more vulnerable and emotional their inner gut is. The process of showing the strong side of themselves is just another coping mechanism so that they not show how badly hurt they are.

Boys may show that they don't care for the things you say. But if you say some really intelligent and hurtful things, you will hit the nail! PS. as a guy myself, I am not trying to hurt my fellow (br)others, but if he has knowingly hurt an innocent woman, he deserves every bit of a reality check like this. So, go ahead ladies!

Don't lose your temper and don't start yelling at him. Keep your anger in control, be firm and be direct to the point.

#1 Your best friend/brother is better than you!

Guys are competitive with each other. They are jealous of their girl talking about and praising other boys. That is also one of the reasons why guys don't share a lot about their relationship, even with their best friends. This statement “He is better than you!” is a really multi-dimensional sentence and it can mean a lot. If it doesn't hurt your ex emotionally at that time, rest assured that he will be deeply scarred with jealousy.

This is not only downmarket but extremely insulting to whoever it was. If he has hurt you bad, has misbehaved with you, has not been truthful or simple want to hurt him, then this a funny line to say (and advertise).

See? This lady knows how to do it!

No one has right to touch and physically hurt a girl. If your ex boyfriend tries to rekindle with you and may be try to hold your hands and hug you, then immediately say the words in a loud and furious voice. Look in his eyes and show him your rage. Now immediately see elsewhere and don’t look towards him. Ignore him as if he is not around you, turn around and walk straight away – he’ll get the message! 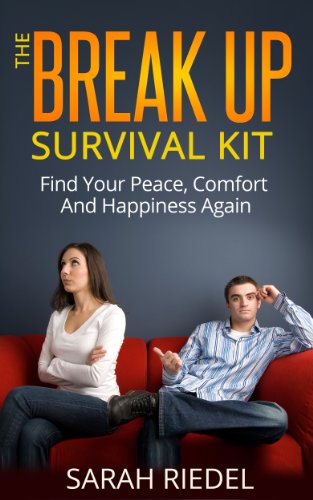 The Break Up Survival Kit - Find Peace, Comfort And Happiness Again (Break-Up, Self Help, Breakup, Break-Up Recovery, Break Up Books, Break Up Advice) Amazon Price: Buy Now(price as of Oct 11, 2015)
Found your boyfriend cheating on you and you don't want to stay with him? Here are surefire first hand recommendations to get over him. The page you're reading is just preliminary and teaches you some lines to hurt your boyfriend, but how do you really break up and still have the energy to pull it all together? This book teaches you A-Z.... available for download instantly on your PC, Kindle, iPhone or Android devices.

Ouch, that should hurt. Intensify your emotion, and try to pretend that you really don’t know him and you actually don’t care. To make this thing more effective, try to find a place with more crowd around you. You can also increase your volume to a level of shouting so that he gets publicly humiliated and feels regretful for coming near you.

This does two things - (1) you insult him in front of everyone (first lesson learned), and (2) it seems that you are strong and have clearly gotten over him. It sends a message that you're not that innocent girl who is easily manipulated. You are not to be messed with.

Don't let him speak and just plain ignore him if you really don't want to go down that road again. If your knees start to tremble, he might take it as an advantage. Practice poker face!

(Insert a name here) is such a responsible and good guy.

To make matters more intense and painful for him, praise his brother or best friend. It will make him mad with jealousy. Just lash out at him. If your ex has done something bad to you or hasn’t treated you good, just be 100% true about it and literally yell at him. Show your emotions off, make him realize that he has betrayed you and that he should be ashamed of it.

If you want to make him realize, don't shed a single tear.

Worst of all – “Are you even a man?”Boom! Everything shatters around him.

There is nothing more valuable to a man than this pride and manhood. You can even go as far as to saying "I was faking everything with you - time, love everything!". When he tries to explain himself or wants an explanation as to why, just say him that you do not want to be with a effeminate guy. (This should pretty much break him down). To add insult to injury, mention the fact that you will still continue to have a great life even he hated you.

Your turn now. How would you like to hurt the one who was once your guy?