I Wish I Had A Witty Comeback Line

Doesn't it just drive you crazy, when someone puts you down and you don't have a good comeback line which is clever or witty? I know that when this happens to me,  I generally feel like a fish suddenly deprived of water. My mouth goes dry, I can't breathe too well and my brain suddenly seems to need oil. And yet, the key with the witty and clever comeback is, that it must be immediate and devastatingly intelligent.

Alas, I fear, I am somewhat incompetent at this quick-witted comeback game. However, there are great masters and (mistresses?) out there, from which you and I, can learn this special linguistic art.

Old Winston Churchill, whom my father admired so much, that my brother only narrowly missed being named after him, was a man who was particularly adept at putdown parlance. Perhaps, he is most famous in this regard, for his altercation with Lady Nancy Astor:

Nancy Astor: Winston, if you were my husband, I'd poison your tea.

Churchill: Nancy, if I were your husband, I'd drink it.

And then there is this famous wrangle with playwright George Bernard Shaw:

George Bernard Shaw: Have reserved two tickets for first night. Come and bring a friend if you have one.

Churchill: Impossible to come to first night. Will come to second night, if you have one.

In his little tiff with Labour politician Bessie Braddock, Churchill was even more ungentlemanly:

The English set down, has a long and glorious history of course and there has been many highlights. For example, there is the time that the scandalous yet ugly libertine, John Wilkes, declined to play at a game of cards. The Earl of Sandwich then commented that, Wilkes would die either of the 'pox or on the gallows.' Wilkes replied 'That depends, my lord, whether I embrace your mistress or your principles.' Touché!

The Bard, better known as William Shakespeare, wrote many plays brimming with potent insults. In my youth, I tried a few of these out on one my brothers friends, who delighted in teasing me. To Brilliant effect. After the usual outrageous invective, I returned, 'A pox o' your throat, you bawling, blasphemous, uncharitable dog.' (I was studying 'The Tempest' at the time). He of the uncharitable affronts, left me alone for some time after that, but he would look at me strangely, in puzzlement when we met in the school corridors.

But, there really are so many marvellous Shakespearean words of mockery and insolence, which may provide scintillating comebacks to insult. And you can, make these more original, more your own so to speak. All that you need to do is, combine various of these Shakespearean slanders, to make them your own bespoke slap in the face. For example:

Anyway, I am sure that you can easily come up with a few outré versions of your own.

The American's, have also not been behind in coming forward, when it come to the crafty comeback, like this cracker jack response from Truman Capote when he was dining at a restaurant. A female fan had approached him, with the request that he autograph a paper napkin. However, her drunken husband became jealous and also approached Capote's table and 'hauled out his equipment.' As the room fell silent, the slurring husband asked the great author:

Husband: Since you're autographing things, why don't you autograph this?

Truman Capote: I don't know if I can autograph it, but perhaps I can initial it.

President Calvin Coolidge, was a laconic gentleman, who once said 'I've never been hurt by something I didn't say.' One night while at a dinner at the White House, a female dinner guest  approached the president:

Female guest: You must talk to me, Mr. President. I made a bet today that I could get more than two words out of you.

But what happens when an erudite English and American cross swords? Perhaps this altercation between English actor Noël Coward and Pulitzer Prize winning author, Edna Ferber, shows us:

Noël Coward: Edna, you look almost like a man.

Edna Ferber: So do you.

The Antipodeans (Aussie's) also, can wield a wonderful comeback line or two. This was amply demonstrated during a radio interview featuring General Peter Cosgrove, who was explaining how responsible handling of guns would be part of the activities of a boy scout troop visiting his military headquarters. The female interviewer however, continued to interrogate General Cosgrove about guns and how he was 'equipping the children to become violent killers.'

Female interviewer: But you're equipping them to become violent killers. General Cosgrove: Well, Ma'am, you're equipped to be a prostitute, but you're not one, are you?

But, what, if after schooling ourselves in the art of the virtuoso comeback and the expertise of those adept at witty repartee and we still fall flat at the clever set down? Then, I suppose, we can always just keep it simple and reply 'Why don't you save your breath for your inflatable girl friend?' No? 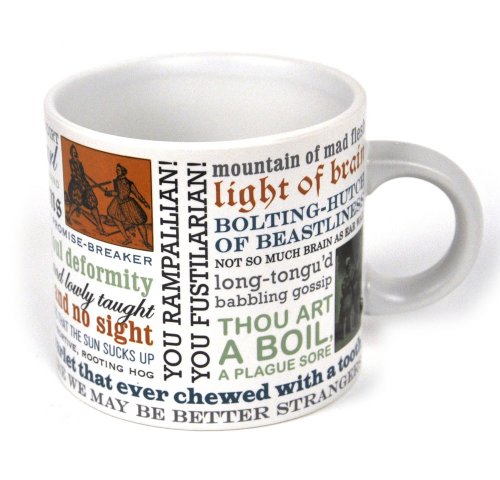 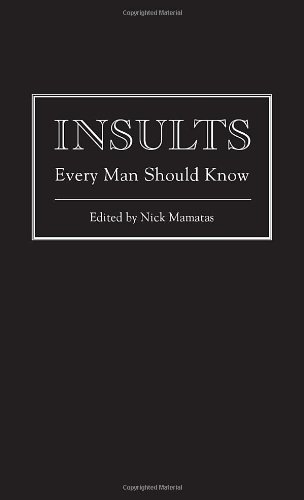