If you enjoy writing and would like to earn some money, start here: Write for Info Barrel today! Some of my favorite articles: The Wizard of Oz ~ A Political Statement?   Frankenstein: From Controversy to Classic   Suffering for Your Faith - Christian Persecution    What Do Monsters Look Like
InfoBarrel is a writing platform for non-fiction, reference-based, informative content. Opinions expressed by InfoBarrel writers are their own.
InfoBarrel > Lifestyle > Family

In-Laws: The Good The Bad and The Ugly

"I now pronounce you husband and wife . . ." Almost everyone imagines their wedding day. They envision a picture perfect day with a flawless ceremony as they say "I Do" to the mate of their dreams. What most people don't consider, however, is the reality of how difficult it is to be with someone "till death" or what their future mate's family will truly be like. No one envisions the "in-laws" on their wedding day. But beware, not only will they will be there, they'll become a part of your life.

One Big Happy Family - NOT!

Do you feel you are accepted and a valued member of your spouse’s family? Or do you loath the idea of being in the same room with your in-laws? Many loving couples who otherwise have a harmonious marriage have a problem with in-laws. Whether it be an overbearing mother-in-law, an in-law who is constantly trying to butt-in and interfere, or in-laws who are just plain inconsiderate, couples everywhere must find a way to build boundaries but not walls when it comes to their in-laws.

“[The] difference between law and in-law is you can justify yourself before law but never before in-laws.” ~ Unknown

Some couples believe the best thing they ever did was move far away from their families, drastically reducing the interaction with their in-laws. But even if you move hundreds of miles away, you eventually have to see your in-laws. There are always birthdays, weddings, other celebrations, funerals, and don't forget the dreaded holiday season. Also, when you live far away from your in-laws, expect them to visit and stay with you once in a while. The point being you will never truly be free from in-laws until one of you is dead.

"Adam was the luckiest man; he had no mother-in-law." ~ Mark Twain 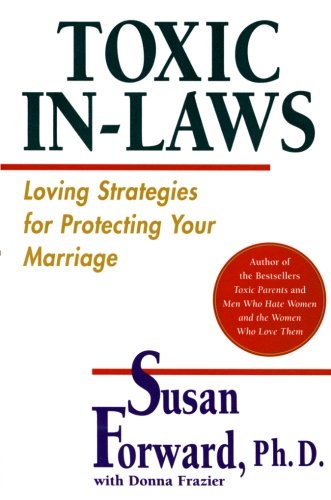 So, what can you do when dealing with your in-laws is like nails on a chalkboard? The first thing you need to do is recognize the issues, show respect for your in-laws but set boundaries. Learn how to say "no" when warranted, being firm but diplomatic. Do not silently accept inappropriate behavior such as disrespectful conduct, foul language, meddling, and manipulation. Becoming entangled in a quiet or not so quiet war with your in-laws may erode your marriage and your health.

"English Law prohibits a man from marrying his mother-in-law. This is our idea of useless legislation." ~ Unknown

Two entities (individuals) become one when they enter into a marriage relationship and a married couple should remain loyal to one another when dealing with issues. When a spouse sides with his or her parents the non-biological family mate may feel unjustly attacked and overwhelmed, leaving long lasting negative residuals on the marriage.

If one spouse is overly dependent on his or her parents, that issue should be addressed. Similarly, when one spouse is continually blaming the in-laws for a disagreement the couple is experiencing, that must be addressed, ideally with a marriage counselor.

A married couple must have an unshakable foundation and should always support one another. When a husband and wife have an attitude of "It's us against the world," they will more likely feel secure and empowered.

"Just got back from a pleasure trip: I took my mother-in-law to the airport" ~ Henry Youngman

Help For the In-Law Impaired

Here are some suggestions if you find yourself dealing with unreasonable in-laws:

"Never rely on the glory of the morning nor the smiles of your mother-in-law."  ~ Japanese Proverb

In-Laws: The Good, The Bad, and The Ugly

Good: Many couples are fortunate enough to enjoy a loving and healthy relationship with their in-laws. Boundaries are acknowledged and respected. The in-laws (including brother and sister-in-laws) do not interfere or expect that everything should be done their way. These individuals are truly a family and holidays are a joyous occasion for all.

Bad: Couples who have a bad relationship with their in-laws are usually not able to communicate their feelings without being judged. Boundaries are usually not respected and in-laws habitually try to interfere in the lives of the couple. Holidays are usually dreaded and many times end-up in an argument.

Ugly: This is the worst of the worst in in-law relationships. Many people in this category do not even have a relationship with their in-laws. There are feelings of hurt and anger over past actions, and the couples and their in-laws don’t see each other. Holidays are always spent separate from each other.

What is your relationship like with your in-laws? Is it good, bad, or ugly?

"Mother-in-law: A woman who destroys her son-in-law's peace of mind by giving him a piece of hers." ~ Unknown 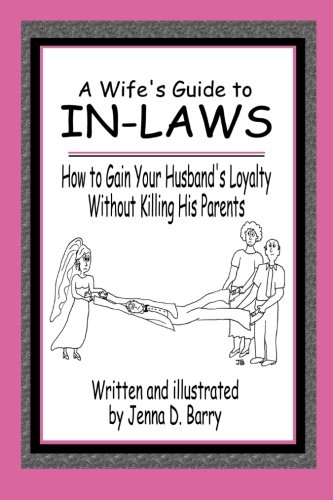 Find Information on Other Topics

Ways to Cope When Your Child Leaves for College