Networking for People Who Hate Networking: A Field Guide for Introverts, the Overwhelmed, and the Underconnected Â
InfoBarrel is a writing platform for non-fiction, reference-based, informative content. Opinions expressed by InfoBarrel writers are their own.
InfoBarrel > Health

Part of my Brain is Outside my Skull!

Did you know that the part of the eye which is called the retina, is actually part of the brain, which is outside your skull? It's a scary thought is it not?

It is also interesting, that some groups of indigenous people and racing car drivers generally have much better vision then most other groups. For indigenous, nomadic people, sharp eye sight was important for survival. Today as we tend to spend a lot of time staring at computer screens, we are becoming near-sighted.

A recent study published in the Lancet, found that up to 90% of young adults in East Asian countries are nearsighted, compared to the UK where 20% to 30% is average. Experts say that this type of nearsightedness is environmental, due to spending too much time inside studying. (I can see kids citing this as an excuse not to study).

Back in 1268, English friar Roger Bacon was inspired to create a prototype of the first "eye glasses", by looking at raindrops on top of leaves in the garden. As he did so, he noticed that he could see the leaves clearer, that the rain drops were somehow magnifying the details of the leaf. Bifocals however did not come in until 1784, when that wonderful inentor and Founding Father of the United States, Benjamin Franklin, invented bifocals so that he could see up-close and at a distance, without having to change glasses.

Some animals, like reptiles and amphibians have a third eye (parietal eye), usually on the top of the head. The third eye in lizards is believed to be  involved in setting circadian and seasonal cycles, but research is ongoing.

A proto-eye is believed to have first evolved about 540 million years ago, however all animals today share common eye genes. The first eyes were very simple patches of photoreceptor protein. Eyes have however, evolved and adapted to different environments. For example lobsters, shrimp and snails, have eyes on stalks to help them see prey and other predators. As an interesting aside, lobsters actually have a hormone present in their eye stalks, which respond to such factors as nutritional status, temperature and season, to activate or inhibit growth and moulting cycles. Other animals called hyperiid amphipods, which live in deep water but feed on animals above them, have eyes which are almost divided into two.

Blue eyes only appear blue for the same reason that the sky looks blue. This process is called Rayleigh scattering, the scattering of light by particles smaller than the wavelength of the light. Many birds however, have some funky eye colours due to pigments like Carotenoids obtained from the diet. Humans who have severe forms of albinism, may have pink eyes, as the hemoglobin of the blood is visible. The "red-eye effect" caused when taking a photo using a flash, is also a reflection of the vascular parts  of the retina.

I used to have a beautiful white cat who also happened to be deaf, this cat who was named Aunty Alice after a relative, used to sit on the fence and make a horrendous meowing racket, which did not add to the cats neighbourhood popularity. In cats there are various gene mutations that produce blue eyes, some of these genes are  associated with deafness and others with neurological disorders and others are perfectly OK.

The eye  is not only necessary for vision, but is also required for genes which operate your circadian rhythms (your internal clock). When light hits your retina melatonin is repressed, but when it is dark melatonin is produced in the pineal gland and you feel sleepy. The problem is, too much light can suppress melatonin and disrupt sleep patterns. Melatonin is also a powerful antioxidant, which protects the DNA and interacts with the immune system. So keep the bedroom dark and ditch the night-light.

One final point about eyes, is how important they are in connecting with others, like when you are flirting and showing how confident you are. And another thought, which is quite chilling, is that psychopaths are often said to have a reptilian stare.

"I think the eyes flirt most. There are so many ways to use them." Anna Held 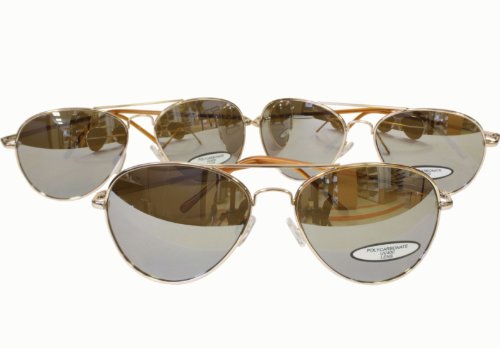